The top-tier manager applied to launch a similar product in the US, but the SEC has only approved bitcoin futures ETFs

The Fidelity Advantage Bitcoin ETF (FBTC) is designed to invest in “physical” spot bitcoin, a model the US Securities and Exchange Commission has so far rejected, rather than bitcoin futures contracts, which the US financial regulator has permitted.

The entry of the world’s fourth-largest fund manager, with assets of $4.2tn, into the crypto market will, though, be seen as a further sign of the growing acceptance of digital currencies in the traditional investment world.

“It’s significant because the top-tier asset managers tend to be fast followers,” said Todd Rosenbluth, head of ETF and mutual fund research at CFRA Research. “They tend to take more of a wait-and-see approach towards investment trends, piggybacking on developments that have often been created by smaller, more nimble asset managers.”

The scheduled launch of FBTC on the Toronto stock exchange, “on or around” Thursday, according to Fidelity, alongside a sister mutual fund, comes more than eight months after it filed with the SEC to launch a similar spot bitcoin ETF in its home market.

That application is one of a dozen or more that has been placed on indefinite hold due to the SEC’s concerns over “fraudulent and manipulative acts and practices” in the markets where bitcoin is traded and a need “to protect investors and the public interest”.

The SEC’s position was challenged at the end of November in a letter from lawyers representing the $32bn Grayscale Bitcoin Trust (BTC) who argued that the regulator had “no basis for the position that investing in the derivatives market for an asset is acceptable for investors while investing in the asset itself is not”.

In total, the ETFs, which invest in ether as well as bitcoin, have combined assets of $5.6bn. The European jurisdictions of Sweden, Germany, Switzerland, Jersey and Liechtenstein boast a further 37 crypto exchange traded products with a further $11.4bn of assets, according to TrackInsight.

The first launch in Australia is expected soon, but while the US has thus far only permitted futures-based ETPs, some jurisdictions such as the UK have not even allowed these, with the Financial Conduct Authority, the UK regulator, warning that anyone investing in crypto assets “should be prepared to lose all their money”.

WisdomTree and VanEck, which each manage about $75bn in ETFs worldwide, are the largest names to have entered the European market, but are dwarfed by Fidelity.

Other big names are likely to follow suit, however. Ignites Europe, an independent news service owned by the Financial Times, recently reported that UBS and State Street Global Advisors, as well as Fidelity, were looking into the possibility of developing cryptocurrency products.

“Fidelity is the latest in a growing list of industry heavyweights looking to enter the fray, Invesco’s launch in Europe last week being the other notable example. Others may follow suit, particularly as retail interest continues to grow,” said an industry figure.

FBTC will charge an annual management fee of 40 basis points, less than most of its rivals, with the management expense ratio “estimated not to exceed 95bp”.

Cryptocurrencies are increasingly being seen by mainstream investment industry figures as assets that, in moderation, can potentially improve the risk-reward characteristics of broad-based portfolios.

Toby Sims of Fidelity International, the Boston-based group’s overseas affiliate, recently wrote that “an alternative asset whose performance is unlikely to mirror that of mainstream markets is appealing.

“Bitcoin is now taking up a mantle previously reserved for alternative assets, particularly gold. Bitcoin’s supply is finite, which means it can retain its value even as central banks print infinitely more money. It’s also easy to transact — not as easy as established currencies, but easier than gold. In times of uncertainty, that’s a plus.”

Sims added: “This is where a bitcoin ETF starts to make some sense. There’s a market out there which can see the appeal of bitcoin but is basically scared of it. Some investors don’t want to wade into a loosely regulated online exchange — they want a nice and easy ETF that will do the hard work for them.”

Kelly Creelman, senior vice-president, products and marketing at Fidelity Investment Canada, said: “We believe that cryptocurrency is a valid asset class that we would like to provide as an investment option for retail investors in Canada.

“This product will offer investors exposure to an emerging technology, and including it in a traditional retail and institutional portfolio of stocks and bonds may be beneficial from a portfolio diversification standpoint.”

Rosenbluth believed the Fidelity was likely “to have success because they can use it in their various portfolios. Fidelity does a good job of making their own products accessible and easy to understand for their brokerage clients.” 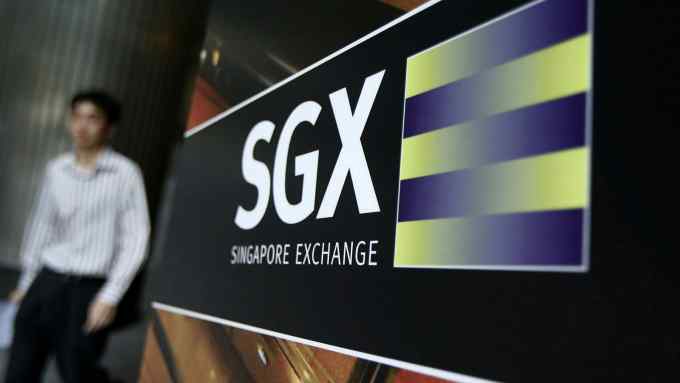