Invesco’s surprise decision to abort the launch of a bitcoin futures exchange traded fund in the US was partly prompted by its view that regulatory constraints would make it too costly for investors, the manager has revealed.

The $1.6tn asset manager last month shelved plans to launch a Bitcoin Strategy ETF just hours before the fund was due to list in New York.

The Invesco vehicle would have been the second such ETF to launch, just 24 hours after the ProShares Bitcoin Strategy ETF (BITO), which staged the second-strongest debut in history with almost $1bn of shares changing hands on its first day of trading. BITO currently has assets of $1.3bn.

Yet, despite the time, effort and money put into producing the 69,000-word, 75-page filing, Invesco told the Securities and Exchange Commission it no longer wished to pursue the ETF.

The Atlanta-based company said that concerns over cost and suitability for investors were a major factor behind its decision, particularly with the futures curve for bitcoin generally sloping upwards, known as contango, which means a fund typically incurs a loss when it rolls a front-month contract into a longer-dated one.

One roadblock was that it became evident the SEC was only contemplating permitting ETFs with 100 per cent exposure to bitcoin futures.

Invesco’s ideal portfolio was instead a mix of futures, swaps, physical bitcoin, ETFs and private funds investing in the bitcoin industry, to help protect investors in the event of a liquidity crunch.

“Our inability to do that really drove our decision,” Paglia said. “The more we investigated the market and the space, the more we came to realise there are better ways of providing this particular exposure instead of going ahead and giving investors something that was not aligned with what they expect from Invesco.

“We ran a number of simulations and the cost of rolling the futures, produced a drag of 60-80 basis points [a month],” Paglia said. “We are talking about some big numbers, 5-10 per cent annualised. It was not going to be plain vanilla replication of the [bitcoin] index without significant tracking error.” She also cited concerns around capacity and liquidity in the futures market.

Paglia said Invesco had filed for a futures-based ETF within 24 hours of SEC chair Gary Gensler hinting he was comfortable with the idea of an ETF based on regulated bitcoin futures traded on the Chicago Mercantile Exchange. The SEC has continued to reject applications for any ETF based on holding physical bitcoin itself, a market the SEC believes is vulnerable to “fraudulent and manipulative acts and practices”.

“We knew that being the first to get out was really important, that was why we filed within 24 hours of Gensler’s statement,” she said.

It was only after it filed that Invesco conducted a “deep dive” to determine whether the product and wrapper would be suitable for investors, Paglia said.

“We really thought long and hard before pulling this filing. We know that people would ask questions and would be scratching their heads. It was easier to say ‘yes’ and see how it goes than ‘no’ and explain the decision. We had to make this hard choice and own the decision. I would do the same again.”

San Francisco-based Bitwise Asset Management, which manages $1.7bn in crypto-related assets, was among the other houses to withdraw a filing for a futures-based ETF.

Matt Hougan, chief investment officer, accepted this was “somewhat unusual,” given “our filing was a lot of work, a lot of legal work, intellectual work and business alignment work”.

He cited two factors for the decision. Firstly, when Bitwise filed “we felt that there would be more flexibility in how the product is constructed,” Hougan said, without a need to create a Cayman Islands-subsidiary for tax purposes, and with the ability to hold the likes of Canadian spot bitcoin ETFs alongside futures.

Secondly, Hougan said BITO’s success in gathering assets had “overwhelmed” the ability of futures commission merchants, middlemen who solicit or accept orders to buy or sell futures contracts, who have responded by raising prices.

“Our view was that a futures-based ETF was going to be imperfect,” Hougan said. “When we filed we thought that it would be worth it, but costs built on costs — the contango, the commission merchants, added costs to work through a Cayman subsidiary — so that we ultimately decided it wasn’t in the interests of long-term investors.”

His view on the existing futures-based ETFs is that “if you are making a short-term bet [they] can be fine. For long-term investors there can be better opportunities out there.”

“Ultimately we want to bring a spot ETF to the market,” Hougan added. “Eventually [there will] be spot-based ETFs in the US. I don’t think we will be sitting here in three years’ time asking if there will be.” 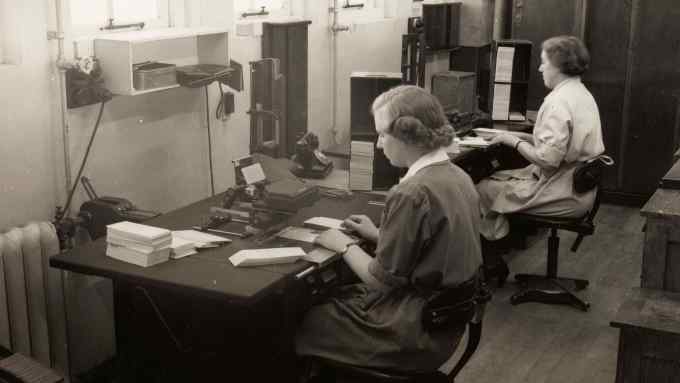