Hong Kong-listed exchange traded funds that invest in China Treasury and government bonds have attracted huge inflows even while the corporate bond market is rocked by an increasing number of defaults.

The interest in China’s government bonds has been spurred by investors seeking returns in a low-interest rate environment, as well as by the rising number of inclusions by major index providers, experts say.

BlackRock’s iShares China Government Bond ETF, which was only listed on the Hong Kong exchange on October 21, had raised Rmb3.25bn ($508.8m) as of November 18. The iShares Short Duration China Policy Bank Bond ETF, listed on the same day, has now raised Rmb265m.

The ETFs track the FTSE Chinese Government Bond Index and Chinese Policy Bank Bond indices, and were launched just a week before FTSE Russell started on October 29 to include Chinese debt into its flagship World Government Bond Index, a move that was expected to direct billions of dollars of global investor money into the Chinese onshore fixed-income market.

Overall, China’s onshore bond market ranks as the world’s second-largest and is valued at more than $19tn, but China’s share of total fixed income securities issued globally is only 15 per cent.

“The inclusion of Chinese government and policy bank bonds in key global indices widens the window of opportunity for investors who are keen to tap into China’s onshore bond market,” said Peter Loehnert, head of iShares and index investments for Asia Pacific at BlackRock.

The seven-year-old CSOP Bloomberg Barclays China Treasury + Policy Bank Bond ETF, for instance, attracted inflows of $197m in September and $25m in October, which was followed by even larger inflows of $500m million in the first three weeks of November. This took the ETF’s total assets up to Rmb5.03bn as of November 19.

The big uptick in inflows in the CSOP Bloomberg Barclays China Treasury + Policy Bank Bond ETF also took place after the manager slashed the product’s total expense ratio from 0.5 per cent to 0.28 per cent.

The 28 basis points fee level of the CSOP product is the lowest among similar strategies using the same index.

The CSOP AM ETF clearly outpaced the Hong Kong-listed ChinaAMC Bloomberg Barclays China Treasury + Policy Bank Bond ETF, which has a total expense ratio of 0.85 per cent and attracted inflows of only $2,611 and $7,329 in September and October respectively.

Meanwhile, BlackRock’s Ireland-domiciled iShares China CNY Bond ETF, which also tracks the same index and has a total expense ratio of 0.35 per cent, had outflows of $135m in October, following inflows of $250m in September. It currently has about $13bn in assets.

Melody He, Hong Kong-based managing director and head of business development for CSOP AM, said the group had been having “ongoing conversations” with potential clients interested in the product before making the fee cut.

Citing recent interest in and inflows into the new product, Chua said she expected demand for China’s onshore government bonds to continue.

The fund’s inflows from the past few weeks have added up to about 50 per cent increase in the fund’s total assets from the end of October, Chua said.

But not all international investors are being swayed by the prospect of China’s onshore government bond, however.

Japan’s ¥193.3tn ($1.7tn) Government Pension Investment Fund, for instance, has decided it would exclude renminbi-denominated Chinese sovereign bonds from its portfolio despite FTSE’s inclusion of China’s government bonds into the flagship WGBI index.

The GPIF cited limited liquidity of the Chinese onshore bond market, limited futures trading options for non-Chinese investors and exclusion from international settlement systems as the reasons for deciding to exclude renminbi-denominated Chinese sovereign bonds from its portfolio.

The interest in onshore government bonds comes at a time when China’s offshore corporate bonds industry is facing a major crisis following a series of missing deadlines to pay their coupons by major Chinese real estate developers including Evergrande and Sinic.

“The flows for China government bonds are not really impacted by the recent corporate bonds’ shockwaves, as the use cases and audience are quite different,” said Premia Partners’ Chua. 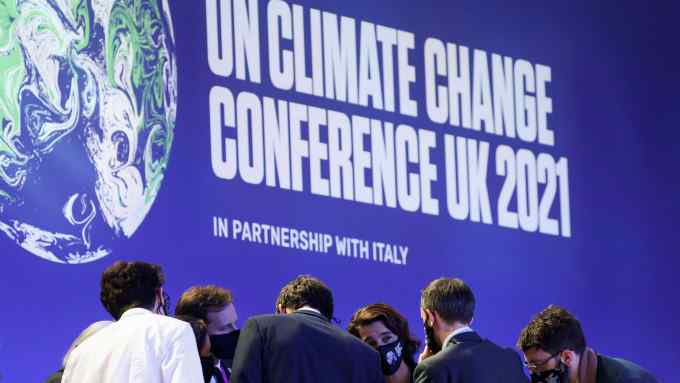