If you think the same, join us
Latest news on ETFs
See all 344 stories
ETF Hub Exchange traded funds

Western investors are getting their fingers burnt after piling into exchange traded funds holding China Evergrande debt in an increasingly desperate hunt for yield.

The world’s most indebted property developer is battling a severe liquidity crisis, which has sent shockwaves across China’s entire property sector and shaken equity markets across the world, particularly affecting a number of bond and equity ETFs.

Evergrande’s share price has slumped 85 per cent in the past three months amid increasing expectations that the company is about to default on some of its $306bn pile of liabilities, equivalent to about 2 per cent of China’s national gross domestic product.

Some of Evergrande’s dollar bonds are trading below 30 cents on the dollar as a payment deadline looms on Thursday.

Its paper is held by a dozen fixed income ETFs run by managers such as BlackRock, Van Eck, JPMorgan and Legal & General.

Between them the 12 ETFs — many of them Asia or emerging market high-yield vehicles — have seen rapid growth in their assets this year, with combined net inflows of $13bn since December taking their aggregate assets to $25.8bn, according to figures from ETFGI, a consultancy.

Several of the ETFs caught up in the fallout have seen faster growth still, illustrating how many investors might have been caught out by the speed of the turnround in sentiment.

The assets of BlackRock’s iShares USD Asia High Yield Bond ETF (O9P) quadrupled from $148m at the end of 2020 to $593m as of Monday. Its share price has slipped 8 per cent over the past three months.

The ETF held seven Evergrande credits with a combined weight of 1.58 per cent at the start of the week. The bonds, with maturity dates stretching from 2023 to 2025, have coupons ranging from 7.5 per cent to 12 per cent. All are trading at about a quarter of their face value and are now rated C by the major rating agencies.

Its other holdings include bonds issued by Fantasia Holdings and Easy Tactic, two other Chinese property developers, that are trading at about 45 cents and 53 cents on the dollar respectively.

“With yields on most reasonably safe bonds effectively nothing, if not negative in real terms, investors have placed a premium on just about anything that yields more than zero, in real terms,” said Ben Johnson, director of global ETFs and passive strategies research at Morningstar. “Whether these bonds deserve an allocation at all is another question entirely.”

Evergrande shares are held by about 130 equity-based ETFs, although almost all of them have a very small allocation to the company.

They include the Global X MSCI China Real Estate ETF (CHIR), which has plunged 32 per cent in the past three months and 15.3 per cent in the past week, as its assets have plummeted from a high of $14.2m in February to just $3.5m. As of July 31, the ETF had an exposure of just 1.7 per cent to Evergrande, according to data from TrackInsight, but it has also been hit by the wave of negative sentiment affecting the wider Chinese property sector.

“There has been a desire for more narrowly focused ETFs that can provide high income and diversification from more broadly diversified index-based products. But, of course, the higher the yield the higher the risk,” said Todd Rosenbluth, head of ETF and mutual fund research at CFRA Research. 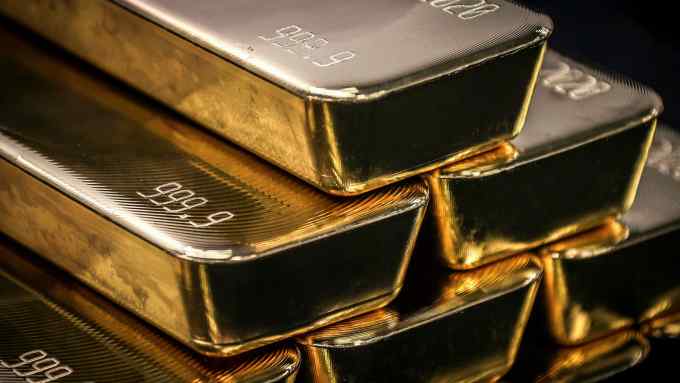