Bank’s asset management division to target smaller innovative companies, with nearly half outside the US

Goldman Sachs Asset Management said on Thursday its Future Tech Leaders ETF (GTEK) will own 60 to 80 listed global tech names that have a market capitalisation of less than $100bn. The ETF will focus on emerging chipmakers, software, financial technology and cyber security groups.

With its new fund, Goldman is seeking to tap into the booming market for actively managed “thematic” ETFs focused on up-and-coming tech groups. Wood’s Ark funds have attracted billions of dollars in new client money in recent years, tracking a powerful bull market in the tech sector, and many investment managers are now looking to benefit from the fervour.

“We know Cathie Wood. She is a formidable competitor,” said Katie Koch, co-head of the fundamental equity business at Goldman Sachs Asset Management. GTEK would differ from the approach being taken by other thematic ETFs such as Ark, and Koch highlighted that it would target smaller innovative tech companies, with nearly half outside the US, and not hold mega caps such as Apple and Amazon.

Goldman said it intends to invest in the fund, which like Ark will provide regular updates on its positions and trading, alongside its clients.

Ark’s main Innovation fund surged almost 150 per cent last year as many of its holdings benefited from the coronavirus crisis. But it has lost 5 per cent so far in 2021, significantly trailing the almost 20 per cent gain for the broad S&P 500 and attracting bearish bets by high profile investors such as Michael Bury.

While Ark holds many smaller names, close to half of its Innovation fund consists of 10 big holdings, led by Tesla, Teladoc health, Unity Software, Roku and Coinbase.

Goldman Sachs Asset Management manages more than $20bn in thematic equity strategies for clients and oversees $5.3bn in a similar thematic strategy to the new ETF for offshore clients.

“The dominant tech franchises in 10 years will be very different from the platforms we all know today,” said Koch. “With almost a quarter of S&P 500 market capitalisation in the top 1 per cent of stocks, many investors are overexposed to mature US mega cap technology companies.”

The managers of GTEK, Brook Dane and Sung Cho, said the fund would maintain a “strong valuation discipline” towards its holdings and also monitor liquidity constraints that are usually associated with owning smaller listed companies.

At least a quarter of GTEK’s holdings will be in emerging markets and Cho said “tech innovation is just getting started” in areas including south east Asia and Latin America.

The fund hopes to navigate the growing backlash towards larger companies in the sector, led by Beijing’s current crackdown by owning the next generation of tech innovators. Nathan Lin, based in Hong Kong for GSAM will also help manage GTEK.

“One of the largest risks we see to tech is the global regulatory environment, not just in China,” said Dane. An active management approach would help them navigate regulatory shifts and the fund will own Chinese software makers and chipmakers as these are seen as important areas of expansion by Beijing.

“Semi-conductors will be one of the more protected areas in China,” said Cho.

Among GTEK’s holdings, are Kingdee, a Chinese software company listed in Hong Kong, along with the chipmaker, Entegris, Atlassian software from Australia and Palo Alto Networks. 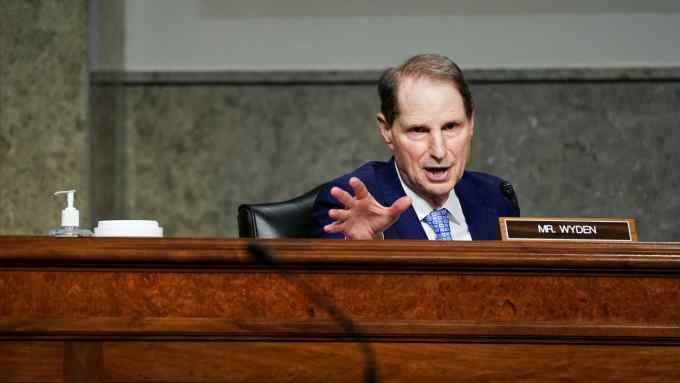