HTSI editor’s letter: welcome to the arts issue for autumn 2021

It’s a celebration of painting, theatre, dancing and song

I wasn’t lying when I said in spring that, for this arts issue, it would be musicals all the way. The story in question, however, came about by serendipity. Did I know that photographer Alexander Coggin, a regular HTSI contributor, once studied musical theatre and is a near-obsessive fan? I did not. But he can pretty much recall the entire Sondheim songbook, loves Gershwin, Rodgers and Hammerstein, and will happily chirrup away for hours on the compositional virtues of Randy Newman and Alan Menken, too.

There would be no Godot without The Lion King

I learned these gems of information when he posted a picture of a Hello Dolly T-shirt on social media. I happened to be wearing my Les Misérables shirt – a vintage sample from the 1987 production I sourced on eBay having lost the one I owned as a child. A spark ignited. Wouldn’t it be fun, I speculated, to get a load of people to don a T-shirt from their own favourite productions and shoot a portrait of them while they discussed their most loved tunes? Even better, we could ask HTSI contributing editor Fiona Golfar to corral them. Fiona and I have been friends for more than 12 years now, but our relationship will forever be forged via our appreciation of a rousing song. In an effort worthy of its own chorus number, team HTSI persuaded theatrical luminaries (such as Elaine Page and Sir Tim Rice) and superfans to sit for portraits at Nicholas Hytner’s Bridge Theatre. And while I realise this might be a story from which many of you will now be shrinking with repulsion, remember the enormous business that musicals support: even theatregoers who can countenance no other drama than Beckett will appreciate there would be no Godot without The Lion King.

Elsewhere in the issue I am enormously grateful to Florian Zeller, who found time between winning an Oscar for his directorial debut The Father and his next film project to interview our cover star. Huppert, whom Florian directed in The Mother Off-Broadway, has enjoyed an extraordinary career, successful both in English and French, her native language, and taking on performances with a fearlessness that has equally unsettled, beguiled and disturbed. As she reveals to Zeller, she commits deeply to a role then immediately discards it: acting is something she’s always done with ease. She’s also very comfortable around fashion: for us, she wears this season’s tailoring in a shoot by photographer Kuba Ryniewicz that demonstrates both her trademark intensity and mischievous sense of play.

Textile art is not a subject on which I have any authority to speak, but I’ve been captivated since reading about Billie Zangewa, Tschabalala Self and Zohra Opoku’s work. Victoria Woodcock talks to the artists making this mélange of patchwork, printmaking and photography their medium, and using it to prompt conversations about gender, race and class . Plus, we’ve got Rufus Wainwright expounding on the glory of Linda Ronstadt and mini Babybels (which I’ve long considered the king of cheeses). And lastly, colour therapy courtesy of Simon Chilvers, who examines nature’s sunniest of hues. I was touched to discover that The Josef and Anni Albers Foundation donate yellow works to people and institutions in need of healing: they donated one to the US Supreme Court when Ruth Bader Ginsburg was in bad health. With that in mind, it might be time to send another one along... 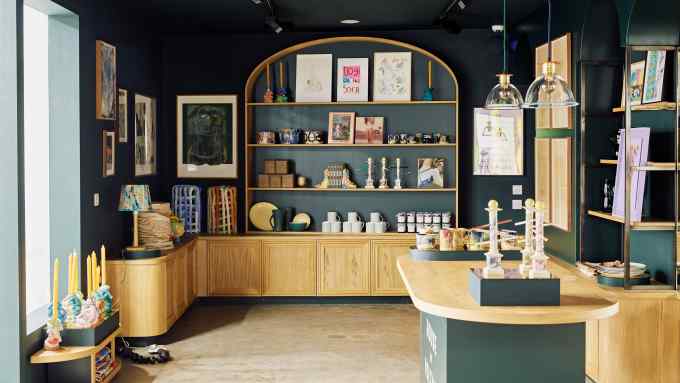