Bottlenecks exist in the supply of equipment to create the green fuel, with further uncertainty over its cost

Hydrogen’s role in the decarbonisation of heavy industries is about to be put to the test.

Recent months have seen a surge in global companies unveiling pilot schemes aimed at demonstrating the potential of the gas to transform energy-hungry industrial processes and wean them off coal and other fossil fuels.

Earlier this month, Vattenfall, the Swedish power group, announced plans to help build the world’s first unit generating hydrogen from the Hollandse Kust West offshore wind farm project in the Netherlands. The aim is to pipe ashore “green” hydrogen to Rotterdam to be used in a range of petrochemical and other industrial processes.

The company is already a pioneer in using “green” hydrogen — where renewable energy is used to split water into hydrogen and oxygen — in the production of green steel for Volvo Group, the vehicle maker.

As part of a consortium that also includes Swedish metals manufacturer SSAB and iron-ore miner LKAB, it has deployed hydropower from the country’s reservoir system to create hydrogen through electrolysis. This can then be used as a chemical reductant to strip oxygen out of iron ore, to produce high-grade steel.

Other steel producers are keen to reduce the use of highly polluting coking coal as an ingredient in smelting ore, and switch to greener energy when available.

ArcelorMittal, Europe’s largest steelmaker, has announced $5.6bn of investments at plants in Spain, Canada, Belgium and France over the past year in projects aimed at decarbonising steel production.

The hydrogen market is expected not only to increase sevenfold by 2050, but most of the previously fossil-based production will be converted to green hydrogen

But using hydrogen to decarbonise “hard to abate” industries, such as steelmaking, remains problematic.

Many of these pilots depend on partial rather than total move from natural gas to hydrogen — either the “green” variety or “grey”, which is produced from fossil fuels.

ArcelorMittal says its ambition is to ensure future investments are “hydrogen ready” so that, as and when supplies of hydrogen become available, it can switch from natural gas to help it meet decarbonisation targets.

Mikael Nordlander, director of industry decarbonisation at Vattenfall, says there is plenty of scope for the use of hydrogen to be extended into other areas of heavy industry and transport.

Last month, consortiums in which Vattenfall is involved announced plans to exploit power generated from wind farms off Sweden’s south-west coast to deliver sustainable aviation fuel based on fossil-free hydrogen, by 2030.

The company is also looking at ways of using green hydrogen to help process the “biogenic carbon dioxide” waste produced by Scandinavia’s paper and pulp sector.

Hydrogen has a role to play in a range of manufacturing sectors “where you need high temperature and it is difficult to apply to electricity directly”, says Nordlander.

But one technological constraint is a bottleneck in the supply of equipment used in splitting water into hydrogen and oxygen to create the green fuel stock. “There’s not enough capacity to produce electrolysers,” he explains.

Another concern is uncertainty over the future cost and volume of hydrogen supply. Investors in installed plants need to be reasonably assured that they can be operated economically at full capacity.

Earlier this year, ThyssenKrupp Nucera, which is majority-owned by German engineering group ThyssenKrupp, pointed to a €900mn backlog in orders for its green hydrogen electrolysis equipment, and said it was planning an IPO to help expand supply. It stated: “The hydrogen market is expected not only to increase sevenfold by 2050, but most of the previously fossil-based production will be converted to green hydrogen.”

However, the fundraising has been put on hold.

Brad Davey, executive vice-president at ArcelorMittal, says the availability and cost of green hydrogen present a challenge at this stage of the transition. In the meantime, he believes policy support is required to “ensure that regions which move first are not rendered uncompetitive, given the globally traded nature of steel”.

The UK’s Climate Change Committee, the independent group that advises the government, argues that there needs to be a big expansion in hydrogen use as well as direct electrification from green energy sources to help the country meet its environmental commitments.

Aaron Goater, an analyst at the CCC, says most estimates point to heavy industries and manufacturing accounting for about 15 per cent of the UK’s greenhouse gas emissions today. A significant proportion of this output is “associated with combustion”, he says, adding “hydrogen could help decarbonise the majority of these emissions”.

Kofi Mbuk, a clean energy tech analyst at London-based think-tank Carbon Tracker, says he doubts hydrogen will emerge as “the best thing since sliced bread” as a route to decarbonising industry, but suggests it can be a significant part of the tool kit for achieving environmental ambitions.

“Hydrogen is best used to decarbonise heavy industries and [tackle] wind and solar energy’s intermittences,” he says. In heavy transport, in particular, green, combustible hydrogen could play a significant role, he adds — even though the challenge of powering personal road transport appears to have been “solved by EVs [electric vehicles]”.

Observers agree there is no merit in converting renewable energy into hydrogen and back again unnecessarily when grid supply can be matched with demand. “By turning electricity into hydrogen, you lose about 25 per cent of the energy,” points out Goater at the CCC.

However, the growing problem of intermittency with renewable power could create an important ancillary role for hydrogen, alongside battery storage, in stockpiling power to balance the grid. Hydrogen can be stored much like natural gas and burnt when needed.

At present, argues Mbuk, “there isn’t any battery technology that can really scale up” to fully solve this problem. 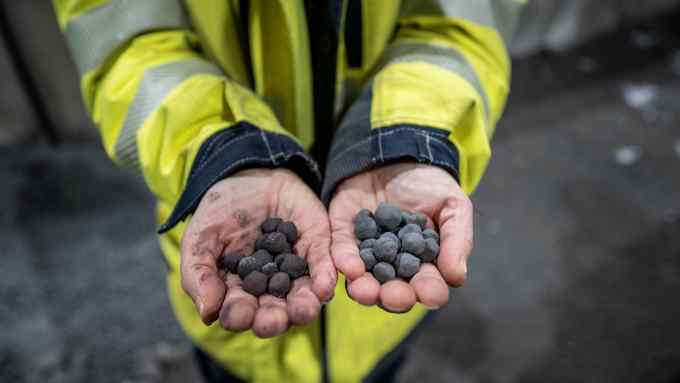