Case for ‘blue’ hydrogen suffers in Europe as war rages on

Reliance on natural gas gives its green counterpart the edge but, in the US, the ‘real money’ is still betting on blue

High gas prices following Russia’s invasion of Ukraine have widened a split over how best to produce low-carbon hydrogen — the cleaner alternative to methane considered by many governments to be a potential game-changer in cutting emissions from the world’s dirtiest industries.

A debate over “blue” hydrogen, produced from natural gas but with the carbon dioxide captured and stored, versus “green”, which involves the electrolysis of water using renewable power, was raging even before the war. But opinions are now even more polarised following the resultant volatility in commodity markets.

For some, high prices and the rush in Europe to secure alternatives to Russian natural gas have extinguished any argument that may have underpinned the case for blue hydrogen.

“We are not going to see natural gas prices for a very, very long time as [low as] we saw one or two years ago,” Millán García-Tola, global director of green hydrogen at the Spanish utility Iberdrola, told the Financial Times’ Hydrogen Summit in June. “Blue hydrogen could [become] a blue elephant.”

Critics of blue hydrogen have also long argued that is another “climate horror story” that will enable fossil fuel producers and gas infrastructure owners to secure a use for their products far into the future — and avoid billions of dollars worth of stranded assets.

Many carbon capture and storage (CCS) projects, upon which blue hydrogen production relies, have “failed dismally”, say critics such as the billionaire Australian mining mogul Andrew Forrest, a backer of green hydrogen. Promoters of the technology disagree.

But the green variety also has its sceptics, who highlight that the production process is highly inefficient. It requires a vast buildout of renewable energy capacity which, even if it could be achieved, some experts believe would be better used directly to electrify sectors such as home heating and passenger transport.

For companies such as Iberdrola, though, which are aiming to replace highly polluting “grey” hydrogen — made from fossil fuels without capturing the CO₂ emissions and widely used today in industries such as refining and chemicals — this year could prove a critical turning point.

They argue that industrial companies are more interested than ever in switching to green hydrogen, given high gas prices are making the grey version more expensive. “The target for green hydrogen is now much closer than it was last year,” noted García-Tola.

However, while green hydrogen may be winning the argument over blue in regions such as Europe, that is not the case the world over, says Peter McNally, global sector lead for industrials, materials and energy at consultancy Third Bridge. “In the States, blue hydrogen was always going to be more viable given the cost advantage in natural gas. But, in Europe, anything that is natural gas-dependent certainly in the next two years looks doubtful.”

“Real money” is still chasing blue hydrogen projects stateside, McNally adds, citing a project announced by US oil major ExxonMobil earlier this year at its Baytown refining and petrochemicals site in Texas to reduce emissions at the facility.

Even on the other side of the Atlantic, some companies still believe in the merits of blue hydrogen. In June, Norway’s Equinor and the UK’s SSE jointly acquired Saltend, a large gas-fired power station on the outskirts of Hull in north-east England, with a goal to run it on a blend of natural gas and blue hydrogen from 2027, and “eventually” 100 per cent on the latter.

Helge Haugane, senior vice-president for gas and power at Equinor, acknowledges that, in today’s environment, “you wouldn’t produce hydrogen, green or blue, even if you had the facilities” given that “right now you have an energy shortage”.

Nevertheless, he insists that blue hydrogen will be required in the future for facilities such as the Saltend power plant, which can be fired up quickly to produce electricity when renewable power from wind and solar is not being generated.

In the US, blue hydrogen was always going to be more viable given the cost advantage in natural gas, but in Europe anything that is natural gas-dependent certainly in the next two years looks doubtful

An “extreme” increase in renewable power is already needed to meet European governments’ targets for technologies such as wind and solar, Haugane says. On top of that, significant additional capacity would be required if hydrogen projects such as Saltend were to only use the green variety, Haugane says. “It’s impossible to do in a short timeframe and that’s where we believe the role of blue [hydrogen] comes in.”

Fossil fuel prices will not remain high in the future if a big buildout of renewables capacity in the next few decades means markets will be flooded with lots of cheap power from wind and solar, he says.

“If you think we are going to have lots of cheap carbon-free energy in the future and fossil fuel prices are going to stay at the same level they are, that seems to me to contradict basic economics.” 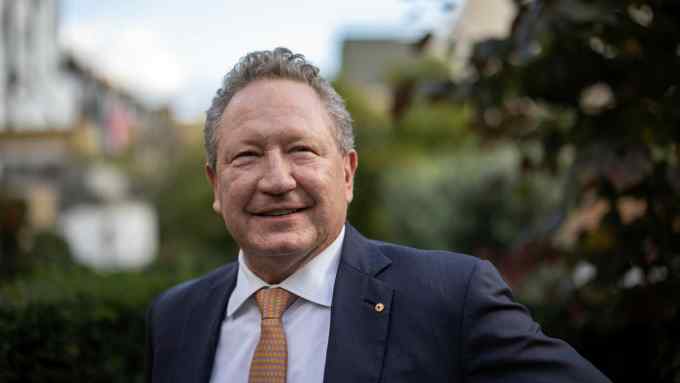