Trackers help people with dementia stay at home for longer

It is not quite Dorothy in The Wizard of Oz clicking her red ruby slippers three times and arriving magically back home. But it is close.

A new app enables carers to tuck a pair of GPS-fitted insoles into the shoes of patients with Alzheimer’s disease to track their location. SmartSoles contain a chip that sends a message to the carer’s mobile phone as soon as the person with dementia walks beyond a defined area such as a garden or care home.

The product is one of many promising innovations being developed to help people with dementia stay at home for longer.

One in four hospital beds are occupied by people with the disease — and 20 per cent of these admissions are due to preventable causes such as falls, dehydration and infections.

A new UK Dementia Research Institute has been set up at Imperial College London, with funding from the Alzheimer’s Society, Alzheimer’s Research UK and the Medical Research Council to look at developments that can support people with dementia in their homes.

How Do I? is an app sponsored by the Alzheimer’s Society which helps people with dementia carry out everyday tasks such as boiling a kettle, by flashing up “how to” videos when their phone scans an object.

The app also enables family members to record an explanation of a photo, to help those with memory loss understand what they are seeing.

Rachel Wickert, a self-employed management consultant in east London, has been trialling the app after her husband David was diagnosed with Alzheimer’s disease four years ago.

For a long time, David could still manage well, even holding down his job as a company director, but recently he has started to forget what he did the day before. Ms Wickert has been using the app to record the physical exercises he does every day. “It helps him to follow a basic set of instructions and because it’s him doing it, he can follow them more easily,” she says.

“We also recorded a 360-degree view of a location that we had been in, and snippets of what we’d been doing there. Video can capture so much more detail than a photograph,” adds Ms Wickert. “David always enjoys watching himself back in the videos when we get home, and they help to jog his memory.”

There have been concerns that technology could be seen as a substitute for human interaction — fears that grew in England after doctors warned that start-up technology firm Babylon’s GP at Hand app, which provides 24-hour video consultation and analysis of patients’ symptoms, could miss signs of serious illnesses.

But Payam Barnaghi, professor of machine intelligence in the Centre for Vision, Speech and Signal Processing at the University of Surrey in south-east England, is confident there is a role for technology in treating people with illnesses such as dementia.

“If you automate everything it won’t work,” he says. “But if you use a combination of technology and artificial intelligence to provide actionable information to clinicians and people affected by dementia, and help people with preventable issues, it can free up time for quality interaction.”

His work includes installing internet-enabled devices in homes to enable clinicians to remotely monitor a patient’s health. These include sensors that can track sleep and circadian rhythms, which are often poor in people with dementia. They can also assess whether a patient has a urinary tract infection — one of the most common reasons why people living with dementia go into hospital.

Many people with dementia want to continue going out, but navigation is often affected early on in the course of the disease, causing people to get lost, says Tula Brannelly, a mental health lecturer at Bournemouth University in southern England.

The university received funding from the Alzheimer’s Society to study whether GPS trackers were appropriate for people with dementia. Ms Brannelly points to “Using GPS for Safer Walking”, a system used by local councils that allows carers and a call centre to track a person’s movements.

In China and Japan, bar codes are often used for identification and to help people find their way around. Family carers can also use surveillance technology to check whether a relative with dementia is where they should be, with alarms set off should the person leave the house.

Privacy remains a question, but Ms Brannelly says devices can be helpful if employed sensitively and early in the process while the person with Alzheimer’s disease can still give their consent.

Explore the Special Report
READ MOREFT Health: Dementia Care
Why a cure for dementia would trigger a crisis 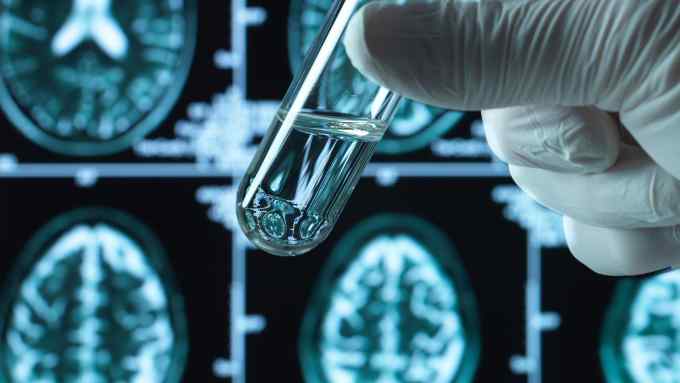