The invisible contract — or perhaps the Faustian pact — between white-collar firms and their young employees risks being torn up. Be it the resignation of KPMG’s UK chair after insensitive comments to staff, Goldman Sachs’ junior analysts complaining about their workload, or the increasing burnout of law-firm associates, there are signs the old equation of handsomely paying subordinates to quietly toil gruelling hours is no longer adding up.

The pandemic has exacerbated longstanding structural problems for white-collar workplaces, including antisocial hours and diversity, even as some firms and investment banks are on course to report record earnings after advising on the recent explosion in capital markets deals.

Professional services firms, particularly those with an equity model, traditionally see much of this profit divided among client-facing partners, while their small army of associates perform the drudge work, unseen and unheard. Often this has required working patterns incompatible with family life, or indeed a social life.

Firms respond that clients need round-the-clock service. But blue-chip clients are increasingly demanding advisers heed their own counsel when it comes to diversity and workplace culture. Moreover, offering a client a team of frazzled associates serves no one well, and risks storing up negligence claims for the future.

Compared with nurses or teachers, young bankers and lawyers are handsomely remunerated. Some amount of pressure and long hours will come with the territory, and the pay cheque; some people will accept that. But the pandemic has shown that practices such as presenteeism and “churn and burn” of associates are not just outmoded. Coupled with the stresses and isolation of lockdown, they are also dangerous.

The past year has also underscored a generational divide: younger workers — whose formative years are bookended by a financial crisis and now a pandemic — are less likely to consider one job a life-long pursuit until retirement. Firms are already fretting about a junior exodus. Younger workers tend to be motivated by more than a large salary and demand more feedback and holistic care. Social-media natives, they are unafraid to broadcast when these needs are not met.

Firms should ask questions about how they operate. Could flexible working be made more widespread, without making juniors feel that they must be “on” at all times? Could two associates split a task that would require one to pull a 90-hour week? Billable hours should be jettisoned in favour of project fees, which incentivise getting the job done over exhaustive and exhausting work.

As well as mitigating burnout, such arrangements could help to diversify firms. Naturally, flexibility would come at a cost, with companies paying half as much for half the job, but some junior employees might accept that as a price worth paying. Most importantly, middle managers could be incentivised to retain their underlings, either through discretionary bonuses or distribution of equity.

It often takes a crisis to force change. White-collar firms now have an opportunity to grasp the nettle and change their working practices in a way that could benefit their employees and themselves. If they do not, they risk being sidelined — as Bill Michael would testify.

Letter in response to this editorial:

Gig workers can suffer from burnout too / From Guy Wroble, Denver, CO, US 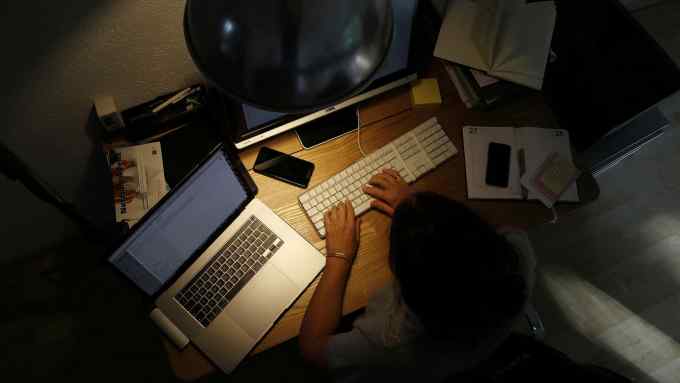