President Donald Trump’s move to curb US investment in securities of Chinese companies with links to the military has put pressure on both global index providers and exchange traded fund providers who are scrambling to decide on their response within the tight deadline.

Mr Trump signed the order in mid-November prohibiting “US persons” from “transactions” in securities of 31 Chinese companies that the Department of Defense identified as “Communist Chinese military companies”. The order takes effect on January 11, 2021.

As fund companies in Asia seek legal advice about responding to the ban, most major global benchmark providers have rushed to consult with asset managers and clients, as well as with other index users, on whether to drop the relevant securities of the sanctioned companies.

“The executive order set off a fire drill among many benchmark providers,” according to a Morningstar research report issued last week.

Index and ETF providers have been given a “very short period of time” to communicate with each other on how to respond, said Jackie Choy, Morningstar’s Hong Kong-based director of ETF research for Asia.

At least four major global benchmark providers have rolled out consultations on whether they should eliminate the blacklisted Chinese groups from their indices.

S&P Dow Jones Indices is the latest to announce exclusions from major indices as a result of the consultation.

FTSE Russell said last Friday that it would remove companies named by the US government from some of its indices on December 21, including China Railway Construction Corporation, China Communications Construction Company and Hikvision.

For indexing firms that have established rules for dealing with sanctions applied in different global markets, it has been somewhat easier to proceed.

For instance, the FTSE cited a clause of its own policies that should sanctions, either primary or secondary, be imposed that prohibit US, UK or European Union natural or legal persons from investing in particular countries, industries, named companies or companies linked to sanctioned individuals, it would delete the sanctioned securities from the FTSE Russell indices.

Both US index provider MSCI and S&P Dow Jones have concluded consultations with their index users.

These pre-announcement consultations are “crucial” to asset managers and institutions, as they will have to decide which side they are on regarding the exclusions, said a Hong Kong-based senior executive with a global manager, running a sizeable ETF business.

“I’d say it’s mostly a business decision rather than a compliance decision for index providers,” the executive said. “Benchmark providers want to keep their users happy but if most of the end investors are from the US, the only way is to get rid of the companies because they are not investible to them.”

Rebecca Chua, Hong Kong-based founder and chief executive of ETF provider Premia Partners, said that although her company had very little exposure to the blacklisted companies, she and her team had been in regular discussions with her index provider China Securities Index about the order.

Ms Chua said both parties agreed that it would be better for ETF providers to take a more prudent approach, and at least wait and see whether this executive order would remain in place.

“US-China tensions evolve every day, and could become quite different under the new administration. We just have to keep on monitoring what is going on,” she said.

China Mobile and China Telecom are among the largest companies by market capitalisation on the new US blacklist. Both are constituents of many prominent indices with Chinese equities exposure, according to a research note from Morningstar.

JPMorgan notified its clients on November 17 that it would exclude new debt issuance from the sanctioned companies from its indices, according to a note seen by Ignites Asia.

JPMorgan Asia Credit Index, its Asia-credit focused benchmark, “is expected to be the most impacted”, the note read.

The Hong Kong-based senior executive said that ETF managers were also trying to determine which organisations would be responsible for identifying “US persons” and whether a US manager’s Hong Kong-domiciled ETFs would be included in the order. 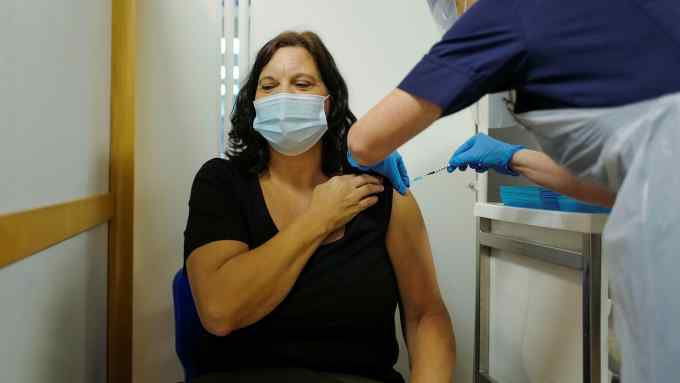