Ban on investment by US citizens triggers index reshuffle

Sign up to myFT Daily Digest to be the first to know about Chinese equities news.

The index provider FTSE Russell said it would remove eight companies named by the US government as having ties to the Chinese military from some of its indices, after Donald Trump banned US investors from holding stakes in the businesses.

FTSE Russell said the companies — which include China Railway Construction Corporation, China Communications Construction Company and Hikvision, a maker of surveillance cameras — would be removed from its FTSE global equity indices and the FTSE China A Inclusion index on December 21.

Mr Trump signed an executive order last month preventing US citizens and companies from buying shares in companies connected to the Chinese military from January 11, just days before Joe Biden is to be inaugurated as the next US president. The order gave current investors in affected companies until November 2021 to sell their shares.

Widely held companies such as China Mobile and China National Offshore Oil Corporation did not appear in the list of companies FTSE Russell said it would remove from its indices.

The benchmark operator said it would remove other companies from its indices if the Office of Foreign Assets Control, the Treasury department body that oversees and enforces US sanctions, published an official list of banned companies.

Video: What a Biden presidency means for the US-China tech war

The removals followed a consultation with index subscribers, FTSE Russell said. It has not yet decided the effect the new US sanctions will have on its fixed income indices.

Other index providers are still evaluating Mr Trump’s executive order and the effect it will have on their benchmarks. MSCI, whose emerging markets indices are particularly widely followed by investors, told the Financial Times it could make a decision on removals from its indices as soon as next week. Nasdaq is also evaluating the issue and could publish its conclusion next week

The US has taken a more forceful stance with China this year in areas including securities regulation, human rights abuses and cyber espionage.

Congress this week passed legislation that could prompt a wave of Chinese businesses that trade on American exchanges to delist if they do not comply with US accounting standards. Doing so, would be a violation of Chinese law.

Get alerts on Chinese equities when a new story is published 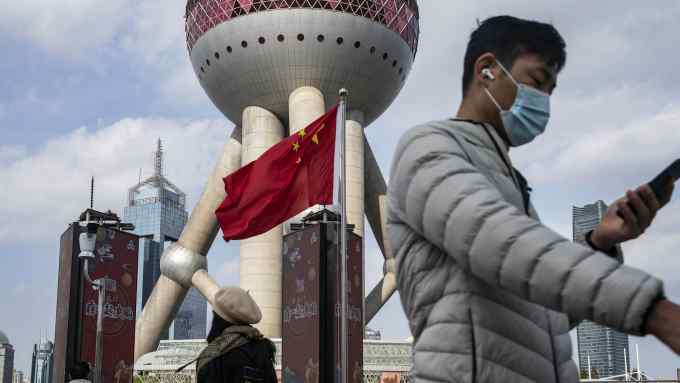