New drugs are needed as resistance grows but plans to improve incentives are too modest, executives say

Dick Jenkins and other ‘angel’ investors have committed more than £20mn to the development of an experimental drug to tackle life-threatening infections. But they have come up against a substantial hurdle: a need for even more money.

“We took it on about 10 years ago, with a view to develop it through Phase 1 testing [in healthy volunteers], then sell it to someone with deeper pockets,” Jenkins explains. “Alas to say, there was no market to pass it on to.”

Researchers at MGB Biopharma, the company that Jenkins helped to support, believe the drug, called MGB-BP-3, has potential to treat certain “Gram-positive” antibiotic-resistant infections. However, it will require at least another £50mn to fund more extensive tests in patients before regulatory approval can be sought to sell the drug.

MGB-BP-3 is one of several potential treatments to tackle the growing pattern of antimicrobial resistance (AMR), in which infections become resistant to existing medicines. Recent estimates suggest that such infections kill more than 1.3mn people a year around the world. And the drug’s story highlights the need for new financial mechanisms to support innovation in the field.

Through additional crowdfunding and some grants, the team managed to extend support for Phase 2 tests in small numbers of patients. But fresh money is needed to continue the work and swell the thin pipeline of new antibiotics, which is needed to replace those that are becoming useless.

We have been through the Nasdaq and venture capital world. The message is: there isn’t enough money in selling antibiotics to justify that level of investment

“We were caught,” says Jenkins. “We recognised we had a life-saving product, but the real problem we discovered is nobody will take them on, because there isn’t an economic market at the end of the process. We have been through the Nasdaq and the venture capital world. The message is: there isn’t enough money in selling antibiotics to justify that level of investment.”

His experience is far from unique. Few start-ups and small biotech companies are active in antibiotic development, and many larger and better-resourced pharmaceutical groups have cancelled projects as they switch to therapies in more lucrative areas, such as cancer.

Now, though, the projects of MGB Biopharma and other developers are under review by the AMR Action Fund. This is a new vehicle through which drug companies and other backers have pledged more than $1bn to bring four promising new medicines to market. A first round of investments is expected in the coming weeks.

But this support, known as “push funding”, will not be enough on its own. To incentivise investors to become more active, and persuade larger companies to redouble their efforts, industry executives and policymakers alike point to the need for healthcare systems to increase rewards for successful drug development. This is known as “pull funding”.

Special ReportFT Health: Future of Antibiotics
Push and pull: funding drugs to be used only sparingly 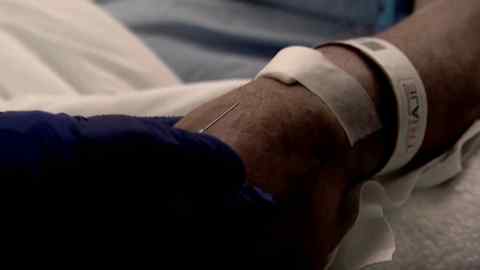 They are exploring new mechanisms to allow the most appropriate drugs to be given to patients, and have payments to pharma companies decoupled from how much the drugs are used. The goal is to avoid inappropriate prescription and overuse of the new drugs, which fuels antibiotic resistance.

Patrick Holmes, senior director of science policy at Pfizer, says: “This is one of the few areas with a disconnect between public health need and business. We need stewardship to avoid pushing usage. If you don’t have revenues from prescription sales, how do you incentivise to run the business? And how do you make investing in research and development a viable reality?”

Germany and Sweden are experimenting with mechanisms to increase the uptake and payments made for antibiotics, and the UK is shortly set to announce results of an initial pilot “subscription” programme, whereby companies will be paid a flat fee for new antibiotics, regardless of the volumes prescribed.

But industry executives caution that the conditions and scale of all these programmes remain too modest. One says that the maximum possible UK government payment of £10mn a year is “still not substantial enough”.

Others are looking to the progress of a much larger-scale proposal in the US to offer payments decoupled from sales, as well as more guaranteed revenues from new mechanisms in other countries, including Japan.

“There is no best model yet,” says Isao Teshirogi, president of Shionogi, the Japanese pharmaceutical company, which is also participating in the UK pilot with its drug, Cefiderocol. He says that maintaining its manufacturing plant for the drug will require about $100mn in revenue a year. “The EU, Japan and the US would give us the minimum amount needed.”

He also points out the high costs of providing the standard of clinical data demanded by regulators to approve a new antibiotic — costs that he believes could be safely reduced.

For Teshirogi, it is his company’s sense of public responsibility that keeps it active for now, even if the financial rewards are modest. “When I became head of research and development 20 years ago, I had a lengthy discussion with my predecessor on whether we should follow other companies and get rid of antibiotics,” he says. “We came to the conclusion that, if we exit, then pretty much no company in Japan will be present. As long as we are able to continue the business, even without a large financial profit, let’s continue.”

But, in the longer term, a much larger overhaul of incentives, regulation and public health interventions will be required to stop the continued growth in drug resistance.

Video: Do we need a Netflix for antibiotics?
Reuse this content (opens in new window) CommentsJump to comments section 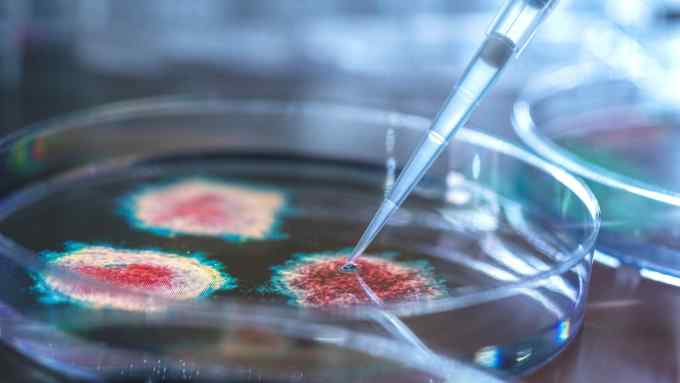