If you think the same, join us
Special Report FT Health: Future of Antibiotics
See all 12 stories
Antibiotic resistance

Push and pull: funding drugs to be used only sparingly

Video: Do we need a Netflix for antibiotics?

Kevin Outterson says that of the 18 antibiotics approved in the past decade, the makers of seven have either gone bankrupt, or their investors have lost most of their money.

The figure is troubling, says Outterson, who leads Carb-X, a non-profit funder of antibiotic research, because drug resistance is a silent threat that could end up killing as many as 10m people in 2050. That would put it on a par with the number of people lost to cancer every year and mark a sharp rise from the current estimated death toll of 700,000 a year, according to a 2018 study.

Health experts have been trying to warn the world for years of a threat that is arguably equivalent to the coronavirus pandemic, yet progress has been slow. Pharma companies have been reluctant to invest in treatments intended to be used as sparingly as possible.

But a raft of new strategies are emerging, and observers are hopeful they could change industry thinking about how to turn a profit: make something because it is of value for society, not because it will sell handsomely.

Approaches so far have focused on so-called “push” strategies, which aim to take drugs beyond what Outterson calls the “magic line” of regulatory approval, whether that be from the US Food and Drug Administration, the European Medicines Agency, or UK, Canadian or Japanese regulators.

But there are also “pull” incentives, with which “you’re pulling from the market after approval”, says Outterson, who is also a professor of intellectual property law at Boston University. Both aim to make research and development of effective antibiotics palatable to companies and investors.

One promising initiative is de-linkage, a “Netflix-type” subscription model in which sales are not dependent on the drugs being used, an approach Outterson describes as “outstanding”.

The UK said last year that it was offering two contracts under such a model, while the US congress is considering the proposed Pasteur Act, which would provide substantial upfront funding for new antibiotics that win regulatory approval.

“It needs to become permanent part of landscape, it really addresses the problem,” he says. “[It] is alive, real.”

But the main limitation is that “somebody has to pick and choose, and you can't give a nice award to everybody”, says Outterson. “If you’re the taxpayer you want a few of the very best drugs. And that’s a hard thing to know.”

“You have to be really focused on the thing that has the most potential to support global human health,” he notes. “A resistant disease anywhere is a disaster everywhere, just like for Covid.”

Pull incentives, according to a European Observatory on Health and Policy Systems paper, could include prizes for bringing drugs to market or hitting certain goals, and governments buying patents off drugmakers. Such “outcome-based pull rewards” could even be big enough to replace “the traditional revenue stream generated by the sales volumes of a licensed antibiotic”, the paper says.

The pharma industry is warning of the consequences of inaction. “If we do not address the lack of a sustainable market where investments in antibiotics research and development get a fair return, by getting a proper valuation of new antibiotics, our society and our economies will suffer,” says Thomas Cueni, head of the International Federation of Pharmaceutical Manufacturers and Associations.

He says the AMR Action Fund, a $1bn backer of research created by pharma companies, is “one example of how investors can help in the short-term by supporting the failing pipeline. In the longer term governments have to step in to help create a viable market for new antibiotics”.

The fund includes heavyweights such as Novartis and aims to make two to four novel antibiotics available to patients by 2030.

Despite these efforts, Outterson says the failure to make meaningful progress is “an abysmal story, economically”.

This contrasts, for example, with the Covid-19 drug remdesivir, which brought in $2bn of sales in the US for pharma giant Gilead in 2020. This is despite questions over whether it works — the World Health Organization has recommended against its use because it shows little efficacy for hospitalised patients, but one in two Covid-19 patients in US hospitals are still given it.

“The entire US sales [volume] for the past 12 months of all patented antibiotics was $750m,” says Outterson. Considering that remdesivir sold nearly three times as much, “that’s indicative of a problem in how we pay for antibiotics.”

Explore the Special Report
READ MOREFT Health: Future of Antibiotics
Push and pull: funding drugs to be used only sparingly 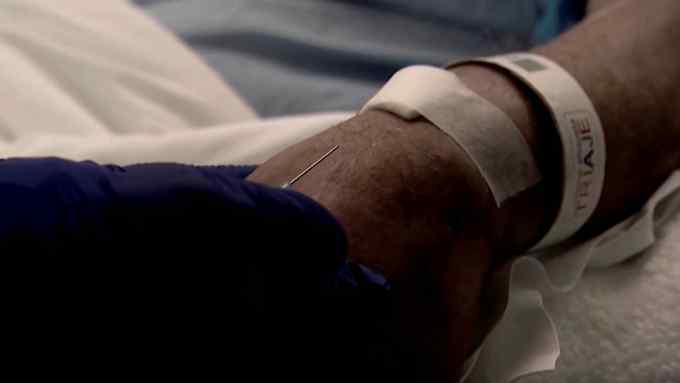