Tsilahara Monja pulls a spindly sweet potato out of the dry earth of his field. “If there was more rain, these crops would grow better,” he says. He has even less hope for his maize, due to be harvested in weeks but showing few signs of life.

Like nearly all smallholder farmers in Africa, Monja relies on rain, rather than irrigation, to water his crops. His is an extreme situation. He lives with his young family — a wife and two children — in southern Madagascar, a region that has suffered extreme drought for three years. In that time, many of the people around him teetered on the brink of starvation. To survive, his own family ate cactus leaves normally fed to cattle.

Most of the tens of millions of African farmers who work on smallholder plots of up to two hectares are in less precarious straits than Monja, although there have been severe food shortages in other parts of Africa, too — including the Horn and the Sahel region.

But even farmers producing decent harvests struggle to rise above basic subsistence. Knowledge of seeds, fertiliser or techniques to increase yield is often lacking. Even where it exists, the incentive to produce surpluses is often absent. Many farmers like Monja have little direct access to urban markets at home — let alone abroad — via dependable roads or transparent pricing.

Small plots make it uneconomic to mechanise or to consider installing anything as capital-intensive as irrigation, even if credit were available. That leaves almost all farmers dependent on rainfall in a continent where, agronomists say, rain patterns are becoming more unpredictable.

As a result, productivity is stuck in a rut. Yields of everything from rice to cassava are generally low. Despite the fact that Africa has more farmers per capita than any other continent, it is a net importer of food, spending some $43bn in 2019 according to the Brookings Institution — a bill that is likely to increase with spiralling food inflation.

Not only are farmers themselves in a subsistence trap — often unable to afford schools for their children, healthcare for their families or manufactured goods — their poverty also makes it more difficult for their nations to grow.

The rapid development experienced in Asia in the 1960s onwards, in Japan, Taiwan, South Korea and China, as well as more recently in countries including Vietnam and Bangladesh, was almost always predicated on improved agricultural productivity, say economists.

According to Joe Studwell, whose How Asia Works book describes the elements of Asian economic success, farm surpluses were key to development — most quickly achieved, he says, when “farming is transformed into large-scale gardening supported by agricultural extension services”. Here “gardening” means the intensive exploitation of small plots of land where multiple crops are grown and soil quality is maintained or improved.

Farmers are able produce surpluses that can be consumed in the cities and perhaps exported abroad, saving foreign exchange. And, just as crucially, farmers put savings in domestic banks, which can recycle it in the form of credit to domestic industry. But, if that virtuous cycle is how economic “miracles” are born, it has stalled in most of Africa.

Akihiko Tanaka, president of the Japan International Cooperation Agency, notes that Japan’s agriculture, too, is based on smallholder farms. He says this is why JICA has a technical co-operation project in Kenya to help raise the yields of farmers engaged in “survival agriculture”. Encouraged by its results, which Tanaka says have helped farmers, especially women, see their farms as a moneymaking business, JICA is now extending the scheme to several other countries.

African governments have struggled to form coherent agricultural policies, though. Some maintain food subsidies that are aimed more at keeping potentially volatile urban populations happy than improving the lives of farmers with little political clout. Many are reluctant to spend on extension services to keep farmers supplied with seeds and fertilisers, or to build rural roads.

Besides these long-term challenges, the immediate concern — particularly for countries dependent on wheat imports — is to ride out the food-inflation crisis provoked by Russia’s invasion of Ukraine. Prices of basics are rising fast from Nigeria, where bakers went on strike in July, to Kenya, where the market chatter centres on the rising cost of food.

In areas harder hit — including the Horn of Africa, where 117mn people do not have enough to eat according to the Red Cross — the UN’s World Food Programme is struggling to maintain emergency rations as prices rise and donor interest wanes.

Hippolyte Fofack, chief economist at the African Export-Import Bank, says the immediate crisis can be a spur to action. Countries should become less reliant on imports of crops such as wheat that are only important in cities and in certain countries like Egypt, he adds. 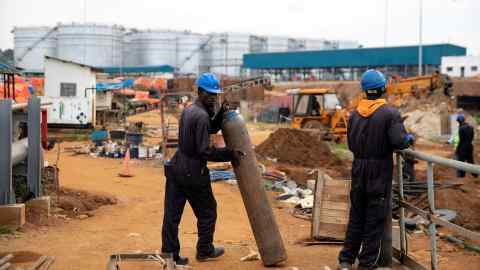 “If you go to Nigeria, their breakfast is based on cassava and beans, locally produced goods,” says Fofack. “In west Africa, they have millet, sorghum and cassava, substitutes for wheat that we can increase rapidly in the short term.”

The same is true of fertiliser, says Fofack, pointing to the start of production of a new plant earlier this year in Lagos, where gas will be transformed into up to 3mn tonnes of urea and ammonia a year.

“We have maybe a dozen producers on the continent in countries like Nigeria, Morocco, Egypt and South Africa,” he says. “This may be an opportunity for us to increase local production further.” 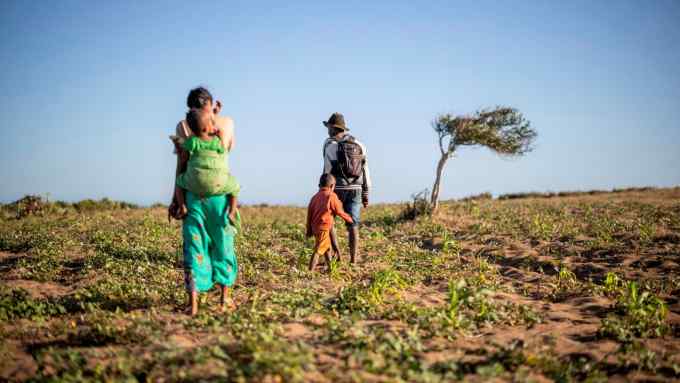