Sign up to myFT Daily Digest to be the first to know about ARK Investment Management LLC news.

Cathie Wood’s prowess in picking companies at the forefront of disruptive innovation generated a rush of money into the funds of Ark Invest — and lifted the firm from Wall Street obscurity.

But, after flows and performance peaked in February, investors in its exchange traded funds have been buffeted by volatile price swings, as other stock market investors switched to cheaper so-called value companies. These include some of the energy and financial groups that have recorded strong profits growth this year.

Jason Bloom, head of fixed income and alternatives ETF strategies at Invesco, notes the shift. “With economies reopening, there is a focus on data and profits among companies,” he says.

By contrast, Ark’s portfolio contains companies exhibiting more promise than profit. Having rallied substantially from the lows of last March, shares in these businesses now have less appeal due to their hefty valuations. A sharp rise in 10-year interest rates has also dented the value of companies’ future cash flows, on which many base their valuations.

“Large tech can deliver on profits but a lot of speculative tech names are based on hope,” says Bloom.

This equity “tilt” towards cyclical and value companies has weighed on Ark’s $24bn flagship Innovation ETF (ARKK). Although ARKK still shows a 12-month gain of around 106 per cent, the ETF’s price — affected by the mixed performance of its large holdings in Tesla , Square, Teladoc Health and Roku— has fallen 28 per cent from its record peak in February. As a result, it has lagged behind the broad S&P 500 index and baskets of value shares so far in 2021.

“Investors that bought into Ark in 2021 based on [its] 2020 performance are seeing that Ark is a high-risk, high-reward strategy,” says Todd Rosenbluth, head of ETF and mutual fund research at CFRA Research.

For those buyers of Ark’s actively managed ETFs, then, the big question is: can the New York-based asset manager deliver on its promise of owning companies capable of annualised share price gains of 15 per cent over the next five years?

That looks challenging given how well many of Ark’s holdings have done already — limiting the scope for future returns. It is also more difficult than it was in 2015, when Ark was identifying relatively unknown small companies with lots of promise and less expensive valuations. 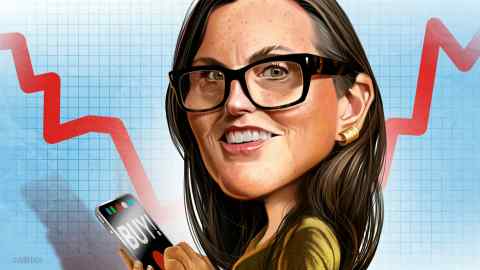 These concentrated holdings in large and small companies work very well when speculative growth stocks are eclipsing value and cyclical shares. Yet such positioning leaves the portfolio exposed to an extended downturn in growth shares and a rally in value, as was seen after the internet bubble burst in 2001.

Currently, there are 29 companies where the asset manager owns more than 9.5 per cent of the outstanding shares as of mid-April, according to Morningstar.

“The portfolio has become less liquid and more vulnerable to severe losses as its size has swelled,” says Robby Greengold, analyst at Morningstar.

“It has retained and grown its stakes in small companies that are now much more difficult to sell without materially impacting their stock prices.”

This liquidity risk is reinforced by how Ark updates its holdings at the end of each trading day, allowing the entire market to see what it is buying and selling via its website. This unusual practice — compared with most active funds — of being so transparent about fund holdings arguably shows Ark’s faith in these companies.

For now, there is an active debate as to how long value and cyclical companies can remain market leaders.

Some large-cap tech shares have found buyers in recent weeks, but Ark’s flagship ETF is down 10.4 per cent this year, well behind Nasdaq’s 5.4 per cent rise year to date. 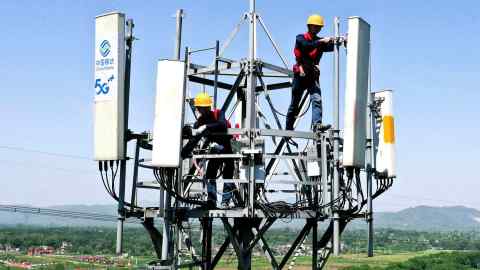 Wood, in her frequent media appearances and via Ark’s monthly webinars, remains bullish and has welcomed the stock market rotation as a sign of a broadening bull run — and one that will reward Ark’s holdings over time.

“I think there’s a minefield out here in many of the value spaces because of innovation,” Wood said during Ark’s April webcast. She sees the business models of financial and energy companies as ripe for disruption as digital wallets and a broad acceptance of electric vehicles take hold.

Once the stock market has recognised the surge in cyclical earnings, meaning value stocks will no longer offer quite as much value, Wood expects a renewed rotation towards growth sectors and companies at the forefront of innovation.

That message continues to hold sway among Ark’s investors. Flows have slowed lately but still totalled $640m in April, for net inflows of $16.6bn into Ark’s funds so far this year, according to CFRA.

“Investors, for now, are sticking with Ark and following [its] longer-term approach,” says Rosenbluth. 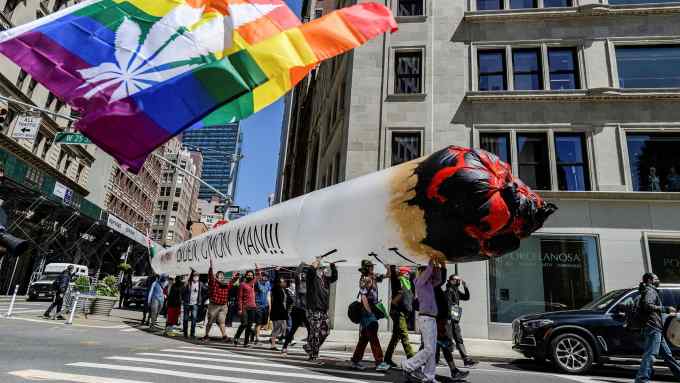