All the fun of the fairs in Miami

With more than 250 galleries, including 43 first-timers based in countries from Uruguay to Zimbabwe, Art Basel Miami Beach might be the most renowned fair in town this week — but it’s by no means the only one.

Untitled Art Miami Beach (November 29-December 4, 12th Street and Ocean Drive) is celebrating its 10th edition by inviting four curators to stage presentations at the show. Natasha Becker of the de Young Museum in San Francisco is uniting 11 galleries around the theme of black voices, while art historians Estrellita Brodsky and José Falconi have focused theirs on less traditional, more outlying ways of understanding the universe.

‘We want to reflect on the marginal position of Latinx and Latin American artists within the western historical canon and bring visibility to the region’s tradition of otherworldliness, shamanism and other esoteric forms of knowledge rejected by modernism,’ says Brodsky.

NADA Miami (December 1-4, Ice Palace Studios) will host more than 170 exhibitors, including a new section focused on artists’ book publishers; 39 participants will display both new books and historical material. Visitors can learn DIY approaches to bookmaking, should they find themselves inspired by the material on show elsewhere in the fair.

In NADA’s Curated Spotlight section, Ebony L Haynes, a director at David Zwirner Gallery, has chosen eight solo presentations including Joel Gaitan’s Mesoamerican-style terracotta vessels, presented in a Nicaraguan pulperia (bodega), and Adee Roberson, who documents the black diaspora across the US, Caribbean and west Africa through family and sound archives. 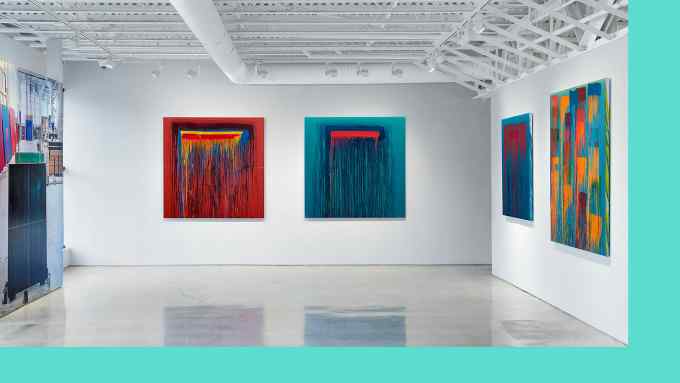