Investors need to stay away from the herd to outperform

We’ll send you a myFT Daily Digest email rounding up the latest Investments news every morning.

The writer is co-founder and co-chair of Oaktree Capital Management and author of ‘Mastering the Market Cycle: Getting the Odds on Your Side’

Early in my career, I learned the key moneymaking lesson of the Efficient Market Hypothesis, which holds that asset prices reflect all available information. If you seek superior investment results, you have to invest in things that others haven’t flocked to. In other words, you have to do something different.

But in a market that’s even moderately efficient, everything you do to depart from the consensus in pursuit of above average returns has the potential to result in below average returns if your departure turns out to be a mistake. Overweighting something versus underweighting it; concentrating versus diversifying; holding versus selling. You gain when you make the right choice and lose when you’re wrong.

Thus, investors have to answer what should be a very basic question: Will you (a) strive to outperform, an approach which costs money, is far from sure to work, and can result in your returns actually falling below average, or (b) accept average performance (which helps you reduce costs but also means you’ll have to look on with envy as winners report mouth-watering successes).

If you chose the former, you have to leave the pack. But, having departed, the difference will only be positive if your choice of strategies is correct and you’re able to execute them in a superior fashion.

In short, it’s not enough to be different. It’s not even enough to be right. If you hope to distinguish yourself in terms of performance, you have to be more right than others, which means your thinking has to be different and better. You must think of something others haven’t thought of, see things they miss, or bring insight they don’t possess.

There’s a concept in the investing world that’s closely related to being different: contrarianism. “The investment herd” drives security prices to bull market highs and sometimes bubbles — and to bear market territory and occasional crashes. For this reason, it can be important to part company with the herd and act in a contrary fashion.

But, importantly, the mass of investors aren’t wrong all the time, or wrong so dependably that it’s always right to do the opposite of what they do. Rather, to be an intelligent contrarian, you have to figure out whether the herd is doing something wrong and then determine what you should do about it.

Today, I believe one way to be an intelligent contrarian is to block out short-term concerns and instead stay laser focused on long-term capital deployment.

Markets InsightMohamed El-Erian
How to invest in emerging markets 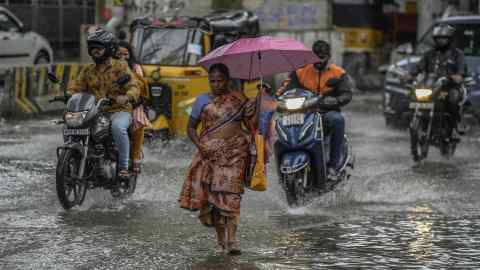 Since 1920, there have been 17 recessions as well as one Great Depression, a world war and several smaller wars, multiple periods of worry about global cataclysm, and now a pandemic. And yet, the S&P 500 has returned about 10.5 per cent a year on average over that century-plus. Would investors have improved their performance by getting in and out of the market to avoid those problem spots or would doing so have diminished it?

Importantly, even if we think we know what’s in store in terms of things like inflation, recessions, and interest rates, there’s no way to know whether market prices have correctly incorporated those expectations, or whether prices are too high or too low.

Ultimately, I believe most investors have their eye on the wrong ball. One of the biggest changes I’ve witnessed in my career is the incredible shortening of investors’ time horizons. But one quarter’s or one year’s performance is meaningless at best and a harmful distraction at worst.

No strategy — and no level of brilliance — will make every quarter or year a successful one. Strategies become more or less effective as the environment changes and their popularity waxes and wanes. Often poor performance will be due to unforeseen and unforeseeable developments.

So no one should change strategies based on short-term results. If you wait at a bus stop long enough, you’re guaranteed to catch a bus. But if you run from one stop to the next, you may never catch a bus.

Thus, my suggestion to you is to depart from the investment crowd and to instead focus on the things that really matter.