It took nearly three months and the intervention of a journalist before Meta, the parent company of Instagram, acted to recover 19-year-old Alex Bosley’s account after it had been hijacked by scammers last November.

By that time, dozens of Bosley’s followers had been duped into the same money flip, initiated on the popular messaging platform Snapchat, handing over funds and surrendering access to their Instagram accounts as part of a con that promised rapid returns on cryptocurrency.

The aspiring professional cyclist from Oxfordshire said one friend lost a £16,000 inheritance; another surrendered £19,000 he had saved from after-school work at a café. Between them the group was defrauded of more than £100,000.

“It’s so easy to lose everything instantly,” Bosley said, adding that some of his friends were in financial difficulty and suffering mental health problems as a result.

Their experience has become commonplace, if no less traumatic for that, as crime has migrated online and fraud has grown to become the most prolific criminal enterprise in the UK.

Yet the degree to which it is overlooked was underscored last month when Prime Minister Boris Johnson omitted fraud altogether when citing statistics for crime in parliament. He was accused by opposition leader Sir Keir Starmer of “turning a blind eye to scammers”.

With police firepower directed at higher-profile crimes, and social media platforms under little compunction to act, victims are often left without recourse to the law — although that could change if parliament approves government amendments to an online harms bill.

As the Social Market Foundation think-tank concluded in a report this month, the institutional and legislative landscape for tackling fraud in England and Wales is hopelessly under-resourced and outdated.

“Fraud is . . . a very unique crime as criminals can target victims while being based hundreds of miles away themselves — even overseas — which presents unique challenges to policing,” said Pete O’Doherty, assistant commissioner for the City of London police.

A rolling review since 2019 by the body monitoring police efficiency, Her Majesty’s Inspectorate of Constabulary and Fire & Rescue Services, has found that the capacity of forces to investigate fraud is still far “outweighed by the scale of fraud offences”.

According to the SMF, there are just 1,753 officers and staff focused on economic crimes, amounting to 0.8 per cent of police forces. Based on the CSEW’s higher figure, which captures scams that go unreported, that equates to just one dedicated police worker for 2,500 crimes each year.

“All these legacy structures are inertly trying to function while the landscape of fraud has completely changed with the evolution of technology and the emergence of sophisticated, organised crime groups operating like businesses,” said Richard Hyde, senior researcher at the SMF.

Bosley and his friends filed more than 1,000 reports alerting Instagram of the scam. But it was only when BBC Shari Vahl reporter for consumer rights programme You and Yours made inquiries in February that Meta recovered 50 hijacked accounts and the police got involved.

“They [Meta] are allowing people to use their platforms to scam people and they do nothing about it . . . we just kept hitting dead ends,” said Bosley.

Meta said: “Fraudulent activity like this is against our rules . . . We will continue to invest in people and technology to help detect and remove scams from Instagram.”

The most common form of scam in the UK is purchase fraud, where something is sold online but not delivered. E-scooters provided a recent lure.

The second most common, according to Jim Winters, economic crime director at Nationwide Building Society, is the investment swindle, such as the one Bosley fell for. In this scam, people are enticed into handing over money.

With banks becoming more adept at restricting unauthorised access to credit cards and accounts, more criminals have switched to this kind of social engineering. There are many forms of “authorised push payment fraud”, where con artists entice their victims to carry out a transaction themselves.

“Fraudsters will hop on to whatever is hot,” said Winters, who argued that as well as improving police capacity, there needed to be a more strategic approach targeting kingpins and focused on prevention.

“I don’t think the police, even in the days when there was a bobby on every street corner, would have had the bandwidth to investigate a crime done remotely for £200,” he said.

“Banks are the only ones who refund consumers. But so many other industries have a part to play,” Winters said.

The online harms bill recognises this by making it a legal duty for the most popular social media platforms and search engines to eliminate fraudulent ads. But Mel Stride, Conservative chair of the Treasury select committee, said it may be necessary to go further.

“While some platforms have moved in the right direction when it comes to only hosting financial adverts from FCA-authorised firms, change has been too slow. Placing a responsibility on firms to reimburse victims of fraud could rapidly transform their approach,” he said.

Bosley and his friends are suing Meta with this in mind. Bosley’s father David, who works for the NHS, had another idea. He spent months trying to talk to someone at the company to help his son but ultimately found it “impermeable”.

“Online it is extremely easy to commit crime anonymously. The solution is to use real identities and treat social media accounts like bank accounts,” he said.

Get alerts on Financial fraud when a new story is published 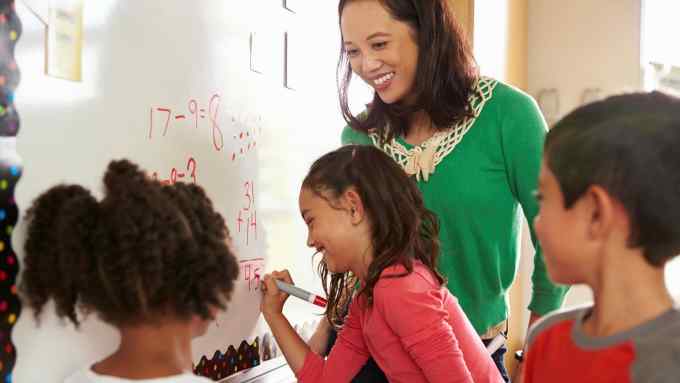