Tommy Hilfiger: ‘I always thought cowboys were so cool’

My personal style signifier is something classic, but with a little bit of a twist. Today, I think that you can go high-low and put it together in a very interesting way. Modern with something vintage.

My earliest fashion memory is watching Western movies as a child. I always thought the cowboys were just so cool. Their hats, chaps and spurs were exciting and utterly different to my preppy, New York City world.

The last thing I bought and loved was Assouline’s Yachts: The Impossible Collection in hardcover, which is a splendid work of art showcasing the magnificent world and history of yachts.

The best souvenir I’ve brought home is a selection of vintage Tommy shirts and jackets from the Rose Bowl, which is a large flea market that happens once a month in Los Angeles. It’s like entering a time capsule, and I love getting lost walking through the stalls, looking for obscure pieces. I watch out for military uniforms, old Levi’s and vintage nautical wear.

The last meal that truly impressed me was at Hotel Almhof Schneider in Lech, in Austria — the wiener schnitzel and sauerkraut were fantastic. I’d love to incorporate it into my normal diet, but I’d add a few kilos if I did.

The fashion moment that changed everything for me was our ad campaign with Aaliyah in 1996, which was a real turning point for the brand. While it’s common to see such collaborations these days, this was one of the first big collaborations that merged music and fashion. It set the scene and the bar for what was to come.

The best book I’ve read in the past year is Through the Glass Ceiling to the Stars: The Story of the First American Woman to Command a Space Mission by Eileen M Collins and Jonathan H Ward. Collins was one of the US Air Force’s first female pilots, and this is an incredible story that explores leadership, dedication and breaking barriers. I can’t recommend it enough.

The best gifts I’ve given recently are a vintage David Webb bracelet and a pair of earrings, to my wife Dee. I love gifts that have a history and Webb’s pieces are always exceptionally well designed. I’m pretty obsessed with jewellery — my father was a jeweller. Growing up, he used to show us different pieces and I didn’t think anything of it, but now, as an adult, I have a real appreciation for it.

And the best gifts I’ve received recently are a pair of Stephanie Hirsch surfboards called Love and Trust the Universe from Dee. They were such thoughtful gifts and go brilliantly with the aesthetic in our Palm Beach home. One of my favourite cars was a birthday gift from Dee: a white Rolls-Royce Corniche from 1991 — the most classy and elegant car out there.

My style icon is David Bowie, who had a profound, chameleon-like sense of style. To me, the element of surprise was always interesting and exciting. But of course, I’ve also looked at Mick Jagger and the Stones as being rock style icons. So somewhere between Bowie and the Stones.

In my fridge you’ll always find green juice or carrot and ginger juice, and probably some sort of natural Greek yoghurt. These are my daily staples.

I have a collection of art, including several pieces by British sculptor and painter Marc Quinn, who is a great friend. I also have a portrait of Andy Warhol by Peter Arnell, and a Brendan Murphy astronaut statue, which was given to me for my birthday. And a family photo by the one and only Annie Leibovitz.

An indulgence I would never forgo is a glass of wine in the evening. And I could not live without having New York cheesecake at least once a month. The Jewish delis always have the best — Katz’s is fantastic.

The grooming staple I’m never without is Crème de la Mer moisturiser, which I use every day. I travel a lot and it’s great for soothing and restoring my skin after a long flight. I keep my grooming routine very simple and stick to a few tried-and-tested products.

The last item of clothing I added to my wardrobe was an incredible blue velvet tuxedo by the tailor Denis Frison, lined with a special Tommy Hilfiger flag, which I wore to the British Fashion Awards last year. The tux is fun and unique — just like Denis. It was an exciting collaboration.

The last music I downloaded was a track called “Sarah’s Song” by my son Ricky Hil. It brings me some truly nostalgic feels.

If I had to limit my shopping to one area in one city, I’d choose Mayfair and St James’s in London — I’m a big fan of British tailoring, and some of the tailors there are my all-time favourites. I think Richard James is great — he’s also a very nice man. And both Anderson & Sheppard and Huntsman are fabulous examples of the craft. I also love the guys at Thom Sweeney — they have impeccable taste, and their attention to detail is on another level.

On my wishlist is a holiday where I can go biking, hiking and white-water rafting, probably this summer in Aspen — I love the fresh mountain air.

If I didn’t live in Palm Beach, the city I would live in is Los Angeles. The mountains are nearby. The water is close.

Music has always been my biggest influence, so when I’m in LA I like to hang out and listen to great music at the San Vicente Bungalows. And vintage shopping there is in a league of its own. My favourite spots are What Goes Around Comes Around and Lily et Cie — the owners are like curators of their own amazing fashion museums. I’ve also found great pieces in Decades and Jet Rag. Dee and I are avid collectors and love to visit Downtown’s Gallery Row district to see what we can pick up.

HTSIThe HTSI spring arts special
Dua Lipa: ‘Heaven is a pool of green garlic butter – and me in it’ 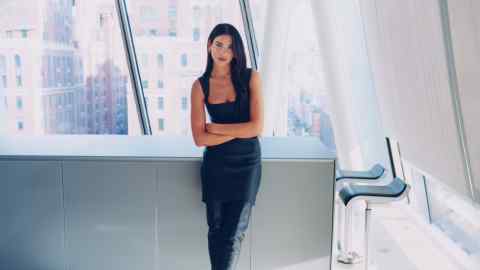 A recent “find” is a clothing brand called Trillion, local to Palm Beach, which is particularly good for tailored blazers and cashmere sweaters.

If I weren’t doing what I do, I would be in the music business — although I don’t know which part. I’m certainly not a talented musician, but I like the business side of it. Or else in film — I’ve never made a film but I have produced one, which was not the best experience in the world because I went way over budget. 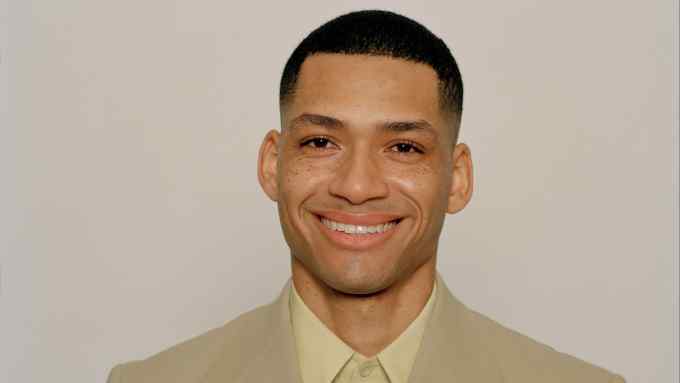