Carbon offsets — as a financial product — have quickly developed into a $1bn market, embraced by many companies. But, at the same time, banks and regulators have been expressing growing concern about the integrity of offsets as a commodity.

As corporate boards raced to announce their net zero carbon emission targets, carbon offsets, or ‘credits’, rose from relative obscurity to become a widely used, and cheap, tool for enabling successes to be claimed.

Typically, carbon offsets — in the form of projects that reduce emissions, such as newly planted trees — are bought and then ‘retired’ on an independent registry, so that no one else can claim the carbon reduction from them.

They come in two varieties: regulated and unregulated. The EU’s emissions trading scheme is the largest and raised $34bn in 2021. This so-called cap-and-trade programme measures greenhouse gas emissions and requires companies to buy additional allowances when they over-pollute, or to sell carbon credits to others.

But, with the price for regulated EU offsets hitting record highs, companies are turning to the voluntary, unregulated, offset market to meet their carbon targets.

This voluntary carbon offset market hit $1bn in 2021, up from $306mn in 2020, according to a report from investment management and financial services company Morgan Stanley. That figure compares with about $115bn in the EU emissions trading scheme’s primary market. However, the unregulated market could grow to about $35bn by 2030, Morgan Stanley adds.

Mark Carney, the former Bank of England governor, has estimated a potential rise in the carbon offset market to $50bn by 2030, though his tally drew scrutiny.

But, even as market participants are working to establish best practices for the carbon offset market, it faces mounting criticism.

“[The] voluntary carbon market is the ‘wild west’ of carbon markets,” investment bank Credit Suisse said in a May report. It is a self-regulated market “with poor transparency”.

Credit Suisse noted that carbon offset credit purchases by Delta, the airline, and vehicle manufacturer Volkswagen in 2021 were respectively about two times and five times larger than their 2020 purchases. However, the bank warned that, based on disclosures to the sustainability watchdog CDP, “we can glean that most of the companies are purchasing carbon offsets with potentially questionable environmental integrity. In particular, we found that most of the renewable energy projects are not located in least-developed countries.”

Credit Suisse added that hundreds of companies are making statements about carbon credit transactions but using terms such as “net zero” differently — which has sowed confusion. As a result, “there’s growing scrutiny by investors, regulators and even consumers to ensure claims are appropriate and not greenwashing.”

Media attention to the COP26 climate conference last year prodded companies to set net zero targets, even if they did not set out plans for achieving them.

So, when given a choice between cleaning up by cutting natural gas use, for example, or “this cheap, easy option of buying [carbon] credit off the market . . . of course, it is compelling to do that,” explains Barbara Haya, director of the Berkeley Carbon Trading Project at the University of California.

The US Securities and Exchange Commission, in a key climate change announcement in March, proposed greater transparency about their carbon offset use. If carbon offsets are being used to reach emissions targets, information about the carbon reduced by offsets will need to be disclosed, the SEC stated.

The US regulator had been warned by experts in the sector about “problems with offset verification, accuracy, and quality”, SEC commissioner Caroline Crenshaw said. “If companies claim they are reducing overall carbon emissions by other means, they need to tell investors how they are doing that,” she explained.

To help companies comply with new regulations, Annette Nazareth, a former SEC commissioner, has joined the Integrity Council for the Voluntary Carbon Market, a global governance body set up in September to establish standards. Nazareth says the council’s first job is to set a benchmark for quality carbon credits and it wants to publish these standards in the third quarter of 2022.

Scepticism towards the market remains, though. Haya has been studying carbon offsets for two decades and says: “It didn’t work 20 years ago; it still doesn’t work. Why, after 20 years of ‘learning by doing’, is the quality still so poor?”

Present carbon offset initiatives are plagued by double-counting, as well as vague standards, Haya argues. Companies could complement carbon offsets, she suggests, with investments in actual carbon-cleansing projects, such as environmental protection or new technologies that remove carbon emissions.

“We need to try to tighten up the current market,” Haya adds. “It has to shrink considerably first. And then there are lots of other ways that companies can compensate for their emissions.” 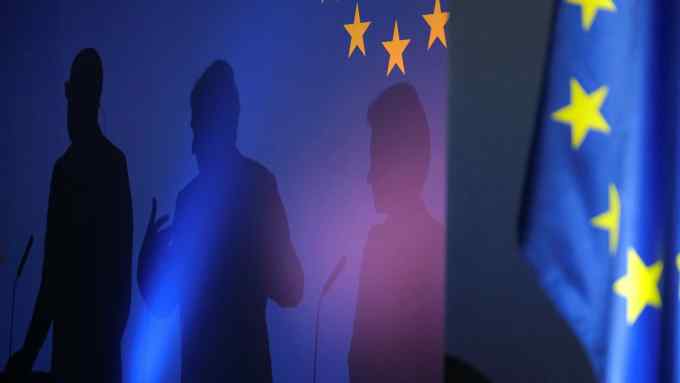