How I Spend It: Dan Levy on the joy of making playlists

Heaven is an iPod, 200 sweaty people and a Kelly Clarkson banger, says the man behind Schitt’s Creek

A critical part of my pre-planning for each season of our comedy series Schitt’s Creek was to create a playlist. It would act as a kind of tonal, emotional and energetic moodboard for the episodes we’d write. But the first playlist I ever made was in the ninth grade. I titled it “Rain In SoHo Mix 1”. To be clear, I had never been to SoHo, let alone the island of Manhattan, so where I found the audacity to name it that remains a mystery. Let alone numbering the thing, as if to boast, “Just wait for the next one!”

The mix was an unsuccessful attempt at mood-setting: an emotionally turbulent journey through a rainy day in a place I knew nothing about. It was a brazen cross-pollination of genres that never quite clicked in: a Q-Tip remix alongside the latest Aimee Mann, a Silverchair ballad followed by a really loud Sugarcubes B-side. It might sound kind of cool now, but trust me when I tell you that, consumed in one go, the patchwork collective of sound was so undeniably incorrect that it induced a kind of nausea. I’d play it on family road trips and three tracks in, someone in the car would yell that the sonic combination was simultaneously giving them a headache and putting them in a bad mood. Deep down, I knew it wasn’t my best work but, like any fledgling avocation, proficiency takes time.

Over the next few years I made bimonthly playlists commemorating the cultural renaissance that was late ’90s and early 2000s pop music. And with each new mix, be it “Return of the (Big) Mack” or “Quit Playing Games (With My Art)”, I slowly started to understand and identify the particular ingredients that made a successful or even, dare I say it, impressive mix.

A playlist’s theme is crucial. Unlike my sweet, misguided first attempt, the mixes that followed weren’t just about throwing a bunch of songs you thought were cool into a meat grinder and slapping an unbelievably cringeworthy name on it. No, I was learning and experimenting and growing. Subsequent playlists were more nuanced. They took the listener on a carefully curated journey. And then slapped an unbelievably cringeworthy name on it.

Take “R&B: Rhythm and Blue Mix”, for example. A terribly titled number that aimed to blend the best of contemporary R&B with music inspired by Joni Mitchell’s Blue album. To my delight, it was an experiment that provided surprisingly cohesive results. It had it all: up‑tempo highs (Lauryn Hill’s “Sweetest Thing (Mahogany Mix)”), followed by vibey lows (Janet Jackson’s “Got ’Til It’s Gone”), hand-holding the listener through gradual tempo and sub-genre changes, while seamlessly integrating well-known hits (D’Angelo’s “Untitled (How Does It Feel)”) with lesser-known gems (Prince’s cover of “A Case of You”).

By my 20s the playlists were making me money. I started hosting a monthly dance party in Toronto – creatively named Dance Party – wherein I’d pre-plan a mix of songs, hit play on my iPod, and let the music do the talking. There was no mixing involved. It was simply a way of sharing the playlists on a larger scale while also challenging myself to create collections of songs that held people’s attention and gathered momentum as the night went on. I became obsessed with ensuring each hit one-upped the last to create a sense of breathless anticipation in the empty spaces between tracks. When it worked, the results were euphoric. There is truly something religious about 200 sweaty people packed onto a dance floor, screaming along to Kelly Clarkson’s “Since U Been Gone”, then waiting in total silence before erupting in drunken shrieks when those first few unmistakable bars of “Like a Prayer” crack through the speakers.

These days, my mixes are used for dinner parties (when legal) or convincing myself to work out. And of course in setting the tone for Schitt’s Creek. Funnily enough, “The Best” by Tina Turner, the song that came to play a pivotal role in shaping the trajectory of the series, was one of the biggest floor-fillers at Dance Party. Maybe all those years of questing to perfect a kind of musical ikebana inadvertently made me a better TV writer. Because isn’t television just a playlist of stories? Each episode attempting to one-up the previous one? Thoughtfully compiled so as to create a sense of weekly anticipation? At the very least a good hobby can act like a faithful companion, always there when you need it. At the very best, it can change your life. And remind you to revisit The Sugarcubes. 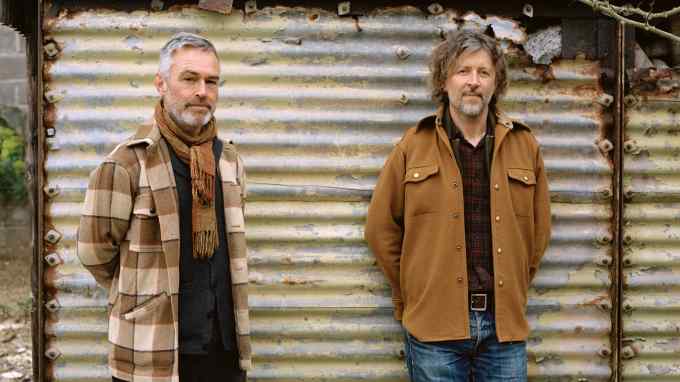