It’s OK to be quiet in meetings

When the New York Times announced that a man named Joe Kahn would be its next executive editor, I did what every second journalist I know did the other week and scurried to read up on him.

My favourite article, in New York magazine, revealed inter alia that Kahn is a very wealthy wine connoisseur who speaks Mandarin and lives in a Manhattan apartment building once said to have housed Marlon Brando.

But there was something else. According to the magazine, “In news meetings, which are often a world-class exercise in ass-kissing, Kahn comments sparingly.”

Bingo! I thought, mentally adding Kahn to a list of people who say precisely what should be said by a lot more meeting participants: very little.

Management
Do you suffer from ‘meeting bloat’ ? 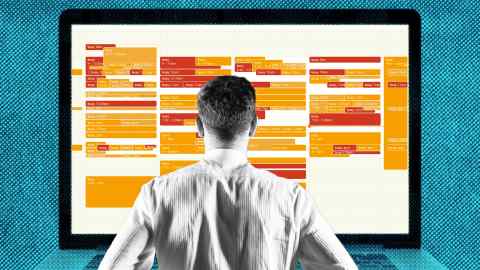 One of the many fine things about working on a daily newspaper is the remorseless deadlines. They make it difficult for would-be wafflers to indulge their instincts in meetings because, generally speaking, there simply isn’t enough time.

Alas, this is not the case elsewhere. Moreover, research shows that in a typical six-person meeting, more than 60 per cent of the talking is done by just two people.

For those forced to sit and watch, the experience can be painfully tedious. No wonder the sight of a successful but quiet person in a meeting is often deemed worthy of comment. Thankfully, Joe Kahn is far from alone.

Not long after Joe Biden became US president, the New York Times published a lengthy account of how he worked and who he relied on most in the White House.

One of his top political advisers was Mike Donilon, a longtime aide who has been described as Biden’s “conscience, alter ego and shared brain”.

In meetings, the Times reported, Donilon “tends to stay mostly silent until the very end of a discussion, at which point Mr Biden often embraces whatever point he has made”.

Donilon is by no means the first quiet but influential Washingtonian. Dick Cheney was often called the most powerful vice-president in US history when he served under George W Bush from 2001 to 2009.

There is of course a very good reason to talk a lot in meetings, especially for those of us who lack the lofty title of vice-president or chief executive. It can make you look more leaderly

As one news report put it in 2004, Cheney was renowned for his ability to keep his thoughts and feelings to himself. “White House insiders say he rarely speaks in meetings and shows little reaction to comments by others.”

Then there is Sir Simon Stevens, the former chief executive of NHS England. Among the many accolades showered on him when he stepped down last year was one from a former boss, Jeremy Hunt, an ex-health secretary.

Hunt said Stevens was a “formidable operator” who had the gift of “being able to stay silent in meetings unless he has something important to say, a rare quality in Whitehall”.

There is of course a very good reason to talk a lot in meetings, especially for those of us who lack the lofty title of vice-president or chief executive. It can make you look more leaderly.

The link between speaking time and authority is so well established that some researchers call it the “babble hypothesis” of leadership.

The effect appears to occur regardless of intelligence or personality according to a study I was alerted to last week by Madeleine de Hauke, a consultant who helps organisations hold more productive meetings.

She points out there are costs to letting gasbags dominate a meeting. Fostering innovation, for example, requires diversity of thought. But if meetings are dominated by a noisy minority, “you can have a fantastically diverse workforce but you are not getting diversity of thought”.

That is a useful insight and it lends weight to an idea I find appealing: silent meetings.

Instead of brainstorming verbally, participants write down ideas that are put up on a board in a way that does not identify whose idea is whose, and then discussed. The process is said to galvanise introverts and neutralise blowhards.

It would not work for all types of meeting, I know, but in the meantime, there is an old saying that a lot of windy meeting attendees might like to bear in mind. Better to remain silent and risk being thought a fool than to speak and remove all doubt.

Get alerts on Office life when a new story is published