The languid cool of Daniella Kallmeyer

More than a decade ago, the fashion designer Daniella Kallmeyer (above) was in search of a wardrobe that reflected what she wanted to wear. The only problem was, she couldn’t find anything she liked. Kallmeyer – who was born in South Africa, studied at the London College of Fashion and is queer – had worked for brands such as Alexander McQueen, Proenza Schouler and Luca Luca. At the time, the industry was slightly more segregated in its thinking: the idea that a designer might offer a fluid wardrobe wasn’t as commonplace as it is now.

Kallmeyer, then 25, decided to launch her own line. But even today, she still sits somewhat outside traditional fashion circles. She’s hosted only one runway show, and has never participated in the CFDA, the US fashion industry’s organising body. Much of her business is from one-on-one shopping appointments from her newly renovated Orchard Street boutique in New York, in the manner of a mid-20th-century fashion designer. This month, she opens a new showroom around the corner on Grand Street, which will be the growing brand’s office space, as well as a place to host events.

Despite her slightly unorthodox approach, or perhaps because of it, her line has developed a cult following with women interested in dressing just for themselves. There are no restrictive waistlines, nothing outrageously uncomfortable. “I don’t design for the male gaze,” says Kallmeyer. “The other day, a couple walked into the store. One of them identified as non-binary and told me, ‘I would never walk into a woman’s clothing store, and yet here I am buying four pieces from you.’”

Her clothes – including billowy trousers made out of Mikado silk, slouchy indigo overalls with a subtle drop crotch and a three-piece white linen suit – have been worn by the sculptor Simone Bodmer-Turner, the film director Janicza Bravo and actors such as Cynthia Erivo and Zosia Mamet. In person, Kallmeyer is striking to look at, with short, dark brown hair that she often slicks back, and a welcoming demeanour. She is fond of accessorising her own outfits with vintage gold Victorian jewellery, and is always accompanied by her dog, Juaco, a handsome Cuban rescue who likes to sit patiently underneath her shop’s wooden burl table while Kallmeyer helps out customers.

Art of Fashion
The change makers in style 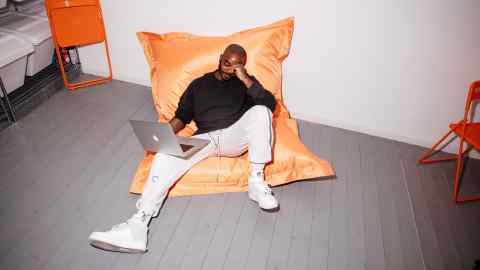 Kallmeyer’s process is wonderfully creative – and also very sustainable; she works with deadstock fabrics as much as possible and manufactures nearly everything locally. “I think about the shapes our bodies make when we feel good or when we’re on a mission,” she says. “I was thinking about a woman speed-walking, the way she might move if she was in a new city or on vacation. How does the fabric and the tailoring change how she stands in it?”

Community is important to her, too. “My work has always come from a very personal place,” she says. “If I don’t believe what I’m doing, I’d rather not do it at all. I don’t need to create clothing for the sake of it.” 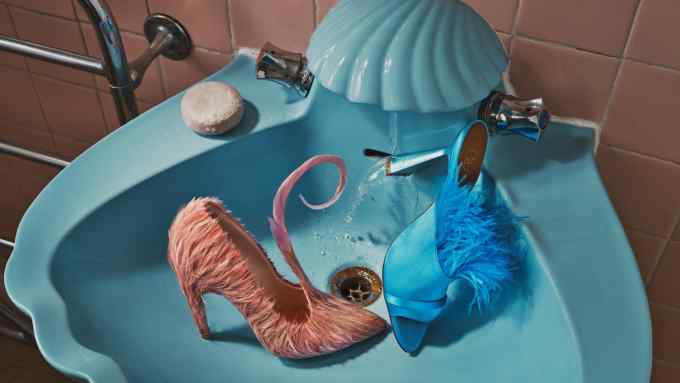