Passive money most likely to be withdrawn during times of global stress, analysis finds

The explosive growth of index-tracking exchange traded funds has destabilised emerging economies, increasing their vulnerability to global shocks, according to economists at the Italian central bank.

Their analysis found that investment funds were far more likely than other sources of private sector funding, such as banks, insurance companies and pension funds, to withdraw funding from developing countries during global shocks.

Moreover, passive index-tracking funds are more reactive to shocks than actively managed ones, the research found. Within that, investment flows to emerging market-focused ETFs are even more sensitive to global financial conditions than those of the equivalent mutual funds, rendering ETF money the least reliable of all forms of funding.

“The reliance on investment funds, in particular those benchmark-driven, makes emerging markets more vulnerable to global shocks,” wrote Alessandro Moro and Alessandro Schiavone in their paper “The Role of Non-bank Financial Institutions in the Intermediation of Capital Flows to Emerging Markets”.

“The empirical evidence points to the systemic risks connected with the procyclicality, herding behaviour and highly correlated asset movements stemming from non-bank financial institutions,” they added.

Reforms enacted in the wake of the global financial crisis have forced banks to scale back non-core assets held on their balance sheets, such as emerging market securities. Investment funds expanded to fill the void as the low-yield environment led investors to chase higher-risk assets.

While the greater diversification of funding sources should reduce costs and liquidity risks for recipient countries “on the other hand, the rising role of investment funds has been associated with more volatile capital flows”, said the study authors.

“The Covid-19 crisis, when global financial conditions deteriorated abruptly, highlighted the destabilising role of investment funds for emerging economies. Asset sales by investment funds were the main driver behind the sudden stop EMs underwent during the first quarter of 2020,” they added.

The paper found the flakiness of portfolio flows was not confined to the onset of the Covid pandemic but has become the norm. “Redemption pressures are particularly severe for passive funds” during periods of global market stress, they found.

Moreover “the increased popularity of benchmark-driven investment funds, including ETFs, may increase similarity in the behaviours of asset managers, raising the potential for one-sided markets and large price fluctuations in EMs”.

Using data from the IMF, Bank for International Settlements and portfolio flows data provider EPFR, they found that a one standard deviation increase in the Vix volatility index leads to a 1.8 per cent reduction in active funds’ holdings of EM bonds but a 2.3 per cent decline for passive funds. The equivalent figures for equities were 1.2 per cent and 1.5 per cent, respectively.

“We conjecture that this result may be due to the fact that passive funds and ETFs investing in EM assets are more subject to redemption pressures during periods of market turbulence,” the authors said.

This is of growing importance, given that passive funds’ share of fund industry assets has risen from 20 to 30 per cent in the past decade, with ETFs’ share up from 14 to 21 per cent over the same period.

“This is money that can flip on a dime,” said Charles Robertson, chief economist at Renaissance Capital, an emerging market-focused investment bank, of retail investor-heavy passive investment.

“Retail investors get a bee in their bonnet about crypto or gold or US growth stocks and potentially emerging markets at times. When the confidence is there they pour in, but it’s an hour’s work to sell the ETF and get out again. This isn’t a reliable long-term source of investment that countries need,” Robertson added.

He cited the example of Egypt’s local currency bond market, which had just $70mn of foreign portfolio investment in 2016. By 2018 this had surged to $70bn, but “half of that left during the Turkey crisis of mid-2018 [when a debt and currency crisis erupted in Ankara]. Twelve months later it was all back again.”

Moro and Schiavone called for regulators to consider measures to mitigate the impact on financial systems and EM economies stemming from the growing importance of funds in the intermediation of capital flows.

“This implies the adoption of a macroprudential approach in the oversight of the asset management industry and a strengthened co-ordination among regulators and international organisations,” they said.

“In order to address the destabilising role of investment funds, reforms should be adopted to mitigate the risks associated with redemption pressures, procyclicality and herding behaviour.”

Robertson said one possible solution was for emerging countries to impose capital controls, denying entry to hot money in the first place and enhancing stability by reducing currency and interest rate volatility.

While that is “arguably the right stance”, he said, it carries its own downsides in that the absence of foreign capital probably means “higher interest rates, less capital for investment and lower growth”, as well as limiting the long-term foreign direct investment that countries crave for economic development. 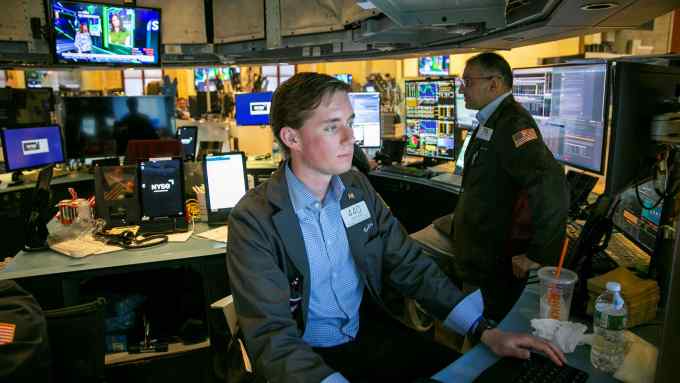