Winter skin savers, from supplements to spas
How To Spend It Beauty

The wellness industry’s buzziest protein promises the world. But which brands actually deliver?

Most nutritional supplements are routinely subjected to an “are they worth it?” debate, but collagen powders are more hotly contested than most. Partly because the expectations around anything collagen-related are enormous: since the advent of fillers and aesthetic procedures, the protein has become synonymous with skin-rejuvenation and the quest for eternal youth. It also hovers tantalisingly between the pillars of “health” and “beauty”. For every person who’s interested in its benefits for joint health, arthritis and digestion (your gut lining is made of collagen), there is another who’s all about the reduced wrinkles, shiny hair and stronger nails.

“Collagen is a protein but it gets digested, so it’s difficult to know how much is being put to use,” says Professor Luigi Martini, chief scientific officer for the Royal Pharmaceutical Society, of its efficacy. “I also think what’s caused the problem with its reputation as a supplement is product reviews because they can be so conflicting.” Throw in the launch of a few celebrity collagen drinks and it all starts to feel a bit like an anti-ageing Wild West. “It’s hard to compare one product with another because there’s no standardised route with collagen,” he says. “You’re not comparing like with like – and I think that’s also caused some of the issues around the supplements because they can vary so wildly in quality of formulation.”

It’s the glue that holds everything together

So how do you know what works and what doesn’t? One brand getting a lot of attention is Ingenious Beauty (wellness guru Liz Earle recently posted a seven-minute video, entirely unpaid, eulogising about its products’ effect; and a more glowing-skinned 58-year-old you’d be hard pushed to find). Launched five years ago, it’s the result of a collaboration between award-winning pharmacist Pupinder Ghatora and an expert in pharmaceutical research, David Hyland. Unlike many of the newer collagen supplements, which come as loose powders to be mixed with drinks, theirs comes in capsule form – for a very specific reason. Key to its success, they say, is that instead of the collagen being broken down (and reduced in efficacy) by acids in the stomach, the patented plant-cellulose capsules are able to make their way to the small intestine where the body is able to absorb it better.

Other things to look out for are low molecular weight (this is often cited as less than 5,000 Daltons but Ingenious Beauty says under 2,000 is optimum), which some experts say also helps with absorption, as well as different forms of collagen – types I and II are most common, but generally the more varied the better. And source is important: these days, most of the best ones use marine collagen (from fish scales) as it’s believed to be absorbed better than the bovine varieties. The only downside, particularly of the powders rather than the supplements, is that this can make them taste a bit… fishy. Well-formulated and mainly palatable: Correxiko Marine Collagen and Vital Proteins Collagen Peptides (this one is bovine collagen, but is the one Jennifer Aniston says is “the glue that holds everything together”). If you prefer the idea of capsules, try Elm & Rye Collagen, One Ocean Beauty Marine Collagen or The Nue Co Skin Hydrator which, like Ingenious Beauty, combines its collagen with the powerful antioxidant Astaxanthin for added skin-bolstering. 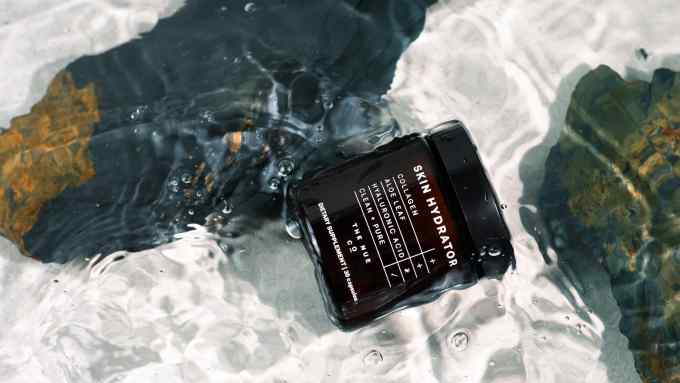