New business for exchange traded fund providers dropped by almost 30 per cent in the first six months of the year as equity and bond markets both fell sharply in response to soaring inflation and rising interest rates.

Global net inflows into ETFs reached $463.8bn in the first half of 2022, down 29.6 per cent from the same period last year, according to ETFGI, a London-based consultancy.

Deborah Fuhr, founder of ETFGI, said the “dismal performance by equity and bond markets in the first half of the year, the Russia-Ukraine war and China’s zero-Covid policy” had also weighed on the ETF industry. Declines in stocks and bonds this year overshadowed inflows, pushing global ETF assets to $8.6tn, down from $10.3tn at the end of December.

But Fuhr noted that ETFs overall had so far attracted more new business than they did in the same period in 2019 and 2020 in a sign of the broader shift from traditional fund styles to products that trade on exchanges.

Vanguard holds a narrow lead over its arch rival BlackRock at the midpoint of the 2022 race among exchange traded fund providers to drum up new business. Pennsylvania-based Vanguard gathered ETF inflows of $118.6bn in the first six months of the year, down 37 per cent on the same period last year. BlackRock registered ETF inflows of $109bn, a drop of 29.6 per cent compared with the first half of 2021.

The duo have fought a cut-throat battle over the past decade using aggressive ETF fee cuts to attract investors, a duel that is driving changes across the entire investment industry as rival managers are forced to adapt their business models in response to intensifying competitive pressures.

The slowdown has been more pronounced for State Street Global Advisors, the world’s third-largest ETF provider ranked by assets. ETF inflows for State Street dropped by 80 per cent to just $8.8bn.

The sharp reduction in risk-taking among investors this year has added a new dimension to competitive pressures across the ETF industry after a decade when strong gains for equity markets have turbocharged asset growth.

Matthew Bartolini, head of SPDR Americas research at State Street Global Advisors, said that de-risking by investors was particularly evident in US sector ETFs which are widely used to make tactical bets by financial advisers and wealth managers.

ETFs linked to defensive sectors — where earnings are considered less vulnerable to an economic slowdown or recession — registered positive inflows in the first half of the year. Healthcare sector ETFs gathered inflows of $9.1bn while consumer staples ETFs attracted inflows of $5.6bn, and utilities ETFs took in $2.5bn.

Conversely, ETFs linked to cyclical sectors posted outflows, with investors withdrawing $7.3bn from consumer discretionary ETFs and $7.3bn from industrials ETFs. US financials ETFs also registered large outflows of $12.7bn in the first half of 2022.

Reductions in risk appetite were also evident in fixed income ETFs flows. Investors pulled $15.8bn from US high-yield ETFs, which hold higher risk corporate bonds, in the first six months of the year as well as $1.1bn from emerging market bond ETFs. Short-term US government bond ETFs, the safest corner of fixed income markets, gathered inflows of $60.6bn in the first half.

“The high-yield outflows were the worst ever [for that sector] for any half year on record,” said Bartolini. 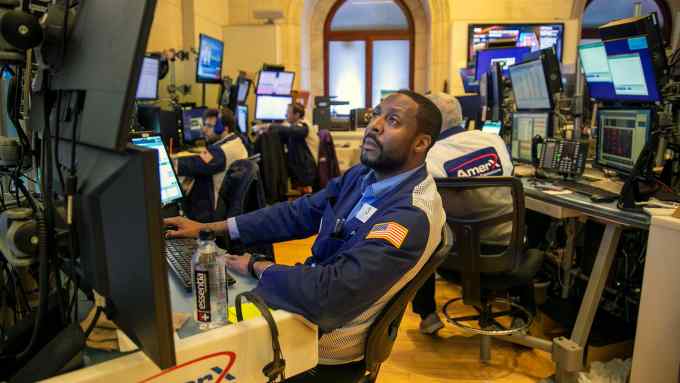