Are your cosmetics really ‘cruelty-free’?

How to make sure you’re shopping kindly

The beauty industry loves a buzzword, especially one where the meaning is slightly up for interpretation. And none is more confusing than “cruelty-free”: does it mean a finished product hasn’t been tested on animals, or that no part of the development process involved animals? Is a cruelty-free product also vegan? And why, even when you’re shopping domestically, does the issue seem so inextricably linked with China?

“There is no standardised definition of ‘cruelty-free’, nor is there one regulatory body that governs the use of the term,” says cosmetic chemist and formulator Anthonia Ademuyiwa. Generally speaking, if you’re after a cruelty-free product, you’re likely looking for something that hasn’t been tested on animals at any point, and doesn’t require an ingredient to be extracted from an animal in a way that may cause it harm or distress. For that reason, a product containing lanolin, which is found in sheep’s wool sheared to protect them from disease, could be considered a cruelty-free product – but perhaps not a vegan one.

“For the most part, the default for any cosmetic product sold in the UK should be cruelty-free,” adds Ademuyiwa. That’s because the European Union banned animal testing of ingredients and finished cosmetic products by 2009, and a subsequent ban in 2013 prohibited companies from marketing cosmetic products and ingredients that had been tested on animals anywhere in the world within the EU. Despite Brexit, these rules seem unlikely to change in the UK, with a Home Office spokesperson saying: “There has been no change in our legislation and we will continue to ban animal testing for finished cosmetic products as part of our plan to safeguard animal welfare.” But even with seemingly sweeping prohibition, there is some wiggle room: if there is no alternative to animal testing and an ingredient is considered a risk to the environment or the safety of workers, it can be tested on animals in the UK, though the Home Office says this has only happened twice since 1998 and is “extremely rare”.

Globally, however, things haven’t always been so clear-cut. Before this year, animal testing was a requirement for any cosmetic product sold in-store in China, including those made overseas, as part of a long process known as “registration”. As per new legislation in May, brands can apply for exemptions to this, although “special cosmetics” such as hair dye, sunscreen and any products that “claim new efficacies” are still required to be tested on animals.

Given the size of the Chinese beauty market, which is predicted to reach $100bn by 2023, according to Euromonitor, many household-name brands have met these regulations to put their products in-store. According to Cruelty Free Kitty, a website that vets brands for animal testing, 88 per cent of the top 50 beauty brands (based on company value) are not cruelty-free. But there are loopholes for selling in China: SuperOrdinary, a beauty growth partner and global distributor, has helped launch cult cruelty-free brands such as Drunk Elephant and Olaplex into the Chinese market via cross-border without submitting them to animal testing. “When we started SuperOrdinary four years ago, we were confident that the mandate would be removed eventually, but until that point, we utilised ecommerce cross-border channels to launch brands into the market without them having to go through registration,” says CEO Julian Reis.

Two of the most widely recognised cruelty-free check marks are Cruelty Free International’s “Leaping Bunny” and the PETA Global Beauty Without Bunnies programme. To qualify for the Leaping Bunny, a brand must scrutinise its supply chains, implement a fixed cut-off date to animal testing, and agree to independent audits to ensure compliance for every product in every market the brand sells in. Charlotte Tilbury recently attained the certification, Milk Makeup and Vintner’s Daughter hold it, as do Glossier, Frances Prescott and Drunk Elephant. There are more than 5,600 beauty brands with PETA certification, including Le Labo, Supergoop! and Too Faced. “It’s never been more important to companies to prove to consumers that they have no hand in testing on animals,” says Amanda Nordstrom, company liaison for PETA’s Global Beauty Without Bunnies programme. Fine print and the regulatory processes can prevent some brands from certification, and then there are brands such as Barbara Sturm and Augustinus Bader that don’t test on animals but aren’t currently certified by an animal rights organisation.

“As a smaller cruelty-free brand, we’re able to check our supply chain closely and ensure all our ingredients are cruelty-free and vegan also, using external resources where needed, and then we do the same for our final formulations,” says Max Leykind, co-founder of MyBeautyBrand.

Back-to-school beauty: Autumn 2021
Are you a ‘skinimalist’? 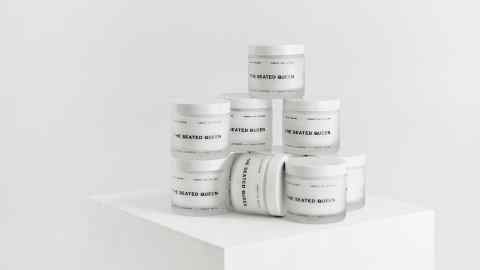 Online retailer Cult Beauty has gone a step further, partnering with blockchain company Provenance to provide shoppers with “Proof Points” on products. These include certifications such as vegan and recyclable packaging, though Cult Beauty co-founder and co-CEO Alexia Inge says cruelty-free is the most popular certification. Brands must provide details of their Leaping Bunny or Global Beauty Without Bunnies accreditation, which are then stored in the tamper-proof and decentralised blockchain. “Due diligence is very important to us, and we wanted all the checks and balances to be rigorous,” says Inge.

Besides, the need for animal testing in cosmetics has long been obsolete. No7 has partnered with The University of Manchester to use software modelling to predict how easily an ingredient will pass into the skin, and thus tweak the formula to improve delivery. Even old-fashioned data collection can help: according to Ademuyiwa, “even new-sounding active ingredients don’t just fall out of the sky. If it comes from a plant for example, there will be similar compounds of which formulators already know the safety profile from historic tests.” 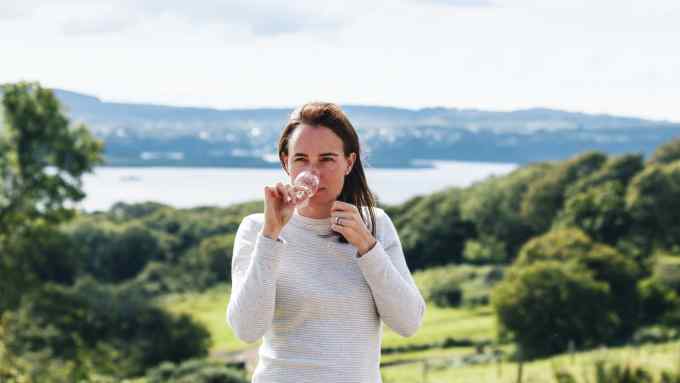