It did not take long for standards to slip. Weeks into lockdown and coronavirus is starting to lay waste to basic personal grooming routines, according to consumer goods group Unilever.

As large numbers of people work from home, they are washing their hair less often, putting off shaving and even abandoning deodorant.

Graeme Pitkethly, Unilever’s chief financial officer, said about a quarter of personal care — such as hair washing, hairstyling and use of skincare products and deodorants — was used by people preparing to go to work or school. Homeworking was cutting into demand for products in these areas.

In results issued on Thursday, the Anglo-Dutch company said lockdowns had affected its haircare portfolio in China and India, while skincare sales were also down. Deodorant sales rose in the three months to March, but Mr Pitkethly said they were among the products set to suffer.

Mr Pitkethly expected changes in consumer behaviour to persist after the lockdowns ended and said his business was adapting.

He said Unilever believed people were likely to spend “more time at home, more time cooking — which is good for us — and maybe less personal care occasions, this nesting idea”.

Unilever reported a boom in sales of household cleaning products such as Cif cleaners and Domestos bleach, both of which reported double-digit underlying sales growth in the first quarter.

Alan Jope, chief executive, added that while “people are shaving less”, a shift to online buying would favour digital brands such as Unilever-owned Dollar Shave Club.

“We are almost certainly going into a period of low economic growth and we’ll adjust to that by prioritising the value-for-money products in our portfolio — we’re going to be dealing with that for a couple of years,” he said.

“Secondly there is no doubt people’s concern about [household] hygiene has increased . . . and the shift to online digital consumption of media and online shopping is something that will be permanent. We will adjust our approach to reflect that.”

Unilever has been repurposing factories to make hand sanitiser in more than 30 locations around the world, including what had been a “massive” deodorant factory near Leeds; it has also rolled out Lifebuoy soap in 43 new markets.

On Wednesday the company reported flat underlying sales growth in the first quarter, down from 3.1 per cent a year earlier and below expectations, as lockdowns also cut into its food service business, which serves restaurants, and its €6bn-a-year ice cream division.

The report sent shares in the company down 5 per cent to £40.28 in early trading.

The downbeat figures from Unilever contrasted with rivals such as Procter & Gamble, which last week reported its biggest quarterly US sales increase in decades. Unilever’s turnover was up 0.2 per cent to £12.4bn during the quarter, while the group will pay out its interim dividend as usual.

Mr Pitkethly said the signs from China, which is reopening its economy, showed how social changes were persisting.

“About 70 per cent or so of restaurants that had closed in lockdown have opened up again, but those that are operating are running at lower cover capacity — somewhere between 50 and 70 per cent — because they are having to observe physical distancing protocols,” he said.

Get alerts on Unilever PLC when a new story is published 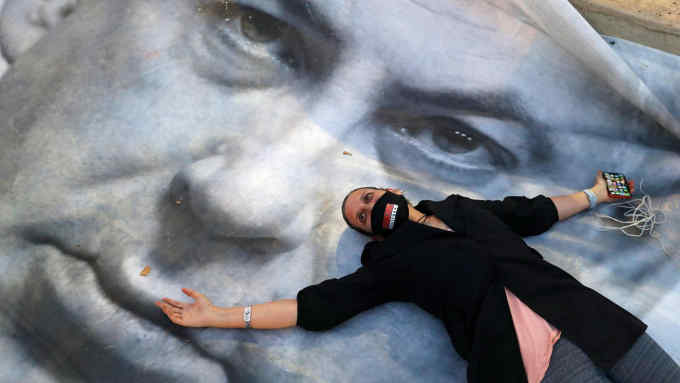