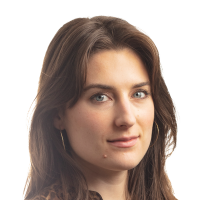 Madison Darbyshire is a reporter covering investment in New York. She joined the FT in London in October 2017, and previously worked as an investigative journalist in New York, reporting on eldercare, law and youth criminal justice.

Before becoming a reporter, she worked as a data analyst, trained as a chef, wrote fiction and was an aid worker in refugee camps in coastal Greece.