The writer is European strategist at Goldman Sachs

The effects of Europe’s energy crisis can be seen across all assets, not least currencies. The euro has been bumpy around parity with the dollar, a two-decade low. Sterling is hovering around the lows seen at the worst point of the pandemic.

This strength of the dollar in recent months is partly a function of monetary policy tightening by the Federal Reserve, but it’s also a function of the US economy’s greater resilience. Or, put another way, Europe’s fragility. The average US household may consume a lot more energy than the average European one but, in contrast to Europe, the US enjoys energy independence.

That said, these foreign exchange adjustments can have some benefits. The collapse in Europe’s currencies should have a plus side, especially for large-cap international companies. The Stoxx 600 derives only 40 per cent of its sales revenue from Europe itself. About a quarter comes from North America, slightly more than 20 per cent from Asia-Pacific and the remainder from other emerging markets. Indeed, as a single country, the US is the largest exposure for big-cap listed European companies, larger than German and French sales exposure combined.

For international companies, currency declines mean two things. First, the sales and profits you make on your overseas businesses, when translated back to your home currency, are likely to look very good indeed. Second, if you do produce in Europe and export into the US (and other dollar markets), you should find your cost competitiveness improves. Historically, each 10 per cent fall in European currencies has added about 2 to 3 per cent to Stoxx 600 earnings per share.

We have seen the effect of the foreign exchange moves on European corporate earnings this year. The earnings estimates of European companies with high US sales exposure have risen 10 per cent, substantially higher than more domestic-exposed groups. Indeed, the overseas earnings of large-cap companies constitute one of the reasons why European EPS has held up so well this year, despite sharply deteriorating business and consumer sentiment.

If anything, the impact is even bigger in the UK. FTSE 100 companies make three-quarters of their sales and profits outside the UK, with a substantial share of this in dollars. Investors gain directly as well given that about 40 per cent of FTSE 100 dividends are paid out in dollars. Compounding this currency advantage, the UK stock market has a relatively high exposure to commodity-related companies, which have gained from soaring prices in recent months. It’s no surprise therefore that the FTSE 100 has outperformed most other international blue-chip benchmarks this year, even though the UK economy has decidedly not.

But the good news should be tempered. The falls in Europe’s currencies are a function of the loss of competitiveness that the region is incurring given the rising cost of energy. The euro has weakened but this has not aided Germany’s trade position, which has been deteriorating. 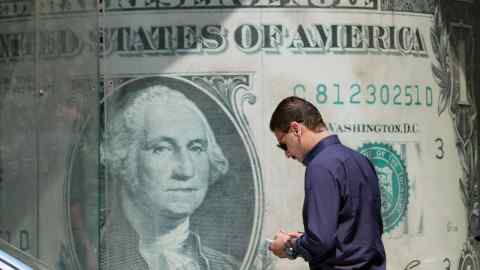 Also, smaller companies and domestic companies are suffering from higher input costs and lower margins. The price of imported goods for a German business has risen 40 per cent compared with the level at the start of 2020. For a US business, the price of imported goods is up just 16 per cent over the same period. Moreover, falling currencies mean that your customers are also suffering from higher prices due to all the imported goods and energy in their shopping baskets. The MDAX, the German mid cap index, is down 26 per cent year to date in euros.

Taking a step back, when Europe’s currencies are strong, investors often ask whether this will be a drag on profits and competitiveness in the region. The truth is that European currencies are usually strong when economic growth is strong and risks are low, money is flowing into Europe and investors are enthusiastic about the opportunities. In addition, strong currencies tend to bring inflation under control. These are usually opportune moments to invest in European stock markets.

The reverse is also true: when European currencies weaken, as they have done this year, the positive for competitiveness or the translation effect on overseas earnings is not enough to offset the reasons for the currency decline in the first place. These reasons are usually weak growth and heightened risks, such as sovereign or energy concerns. For most investors, businesses and consumers in Europe, currencies regaining some lost ground would be welcome news.