ESG is a category error that needs unbundling

Do the Right Thing was a 1989 Spike Lee movie. Would-be ethical investors have the same problem as protagonist Mookie, a New York pizza delivery man. They want to do the right thing. But it is often hard knowing what that is. When Mookie smashes his employer’s window during protests against police brutality, it is a conflicted choice. So is disinvesting from hydrocarbons.

Many criticisms of ESG are justified. But I have yet to see a convincing argument against ethics as a factor in investment decision making. The problem is how ethical investment is playing out in practical terms. The ESG movement is riddled with category errors. Criticisms of ESG are not themselves immune from that drawback.

The biggest taxonomic mistake in ESG is the category itself. This creates a handy marketing tool for asset managers such as BlackRock to sell funds to customers who do not want their investments to finance bad stuff. The problem with the acronym is that it jams together disparate and sometimes contradictory objectives.

The environmental aim is clear: decarbonisation. If you believe in anthropogenic climate change, there is a good long-term financial case to switch money from hydrocarbons to renewables. Two years ago, Lex calculated energy groups had stranded assets valued at $900bn that they could not extract without causing planet-frying temperature rises by mid-century.

The rising oil price has since then dragged up the market worth of the seven largest quoted US and European oil and gas companies by almost $400bn, or two-fifths, S&P data show. Post-pandemic supply disruption and the Ukraine war are only partly responsible. You can also blame an ESG-induced shortage of investment in oil and gas projects. This, in turn, reflects the failure of governments to publish step-by-step decarbonisation plans for what amounts to the world’s largest-ever capital project.

The social aims of ESG are vaguer than the environmental ones. They tend to focus on the treatment of communities and workers. Is it wrong to invest in a company that subcontracts garment manufacturing to workers in Bangladesh that are officially paid at least $96 per month, about 5 per cent of the UK adult minimum wage? Or is the income a social good in a country where deprivation is rife? You tell me.

Governance is a catch-all title within a catch-all acronym. On one hand, good governance precludes bribery, money laundering and workplace sexual harassment — activities that are plainly immoral. On the other, it also prescribes box ticking over the independence of non-executive directors and similar matters of little significance.

LexESG investing
ESG: investors must stop trying to do the right thing for the wrong reasons Premium content 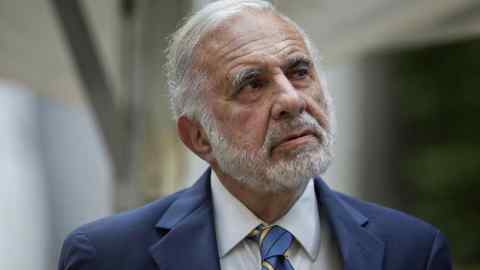 Cheerleaders claim companies with high ESG compliance in the social and governance silos perform better. Evidence for this, typically based on the representation of women and minorities within businesses, is ambiguous. The best argument against discrimination is that it is wrong, not that it might knock 20 basis points off operating profit margins.

Returns, or the lack of them, are a weak point targeted by critics of ESG. Researchers from bodies such as the OECD have struggled to identify outperformance by ESG funds. But returns are something of a straw man argument against ESG. Big asset managers do not promise investors better paybacks from ESG funds. They just pledge better morals, which are conveniently harder to measure.

Critics of ESG attack this second weak point by highlighting apparent failures. Russia’s brutal invasion of Ukraine has provided an opportunity. For example, a Bloomberg study found that ESG funds held $8.3bn in Russian equities. But most of us failed to foresee Vladimir Putin’s blood-drenched experiment in over-reach.

Principled investors should respond to the category errors of ESG by pigeonholing themselves more adeptly. If their temperaments and time pressures recommend passive funds, they should remember ESG is only a flag of convenience. Otherwise, they should unbundle this cumbersome category and try to do the right thing unaided. They will often fail. But that is the human condition.