When Erika Karp started her MBA in 1989, the term “sustainable development” had barely entered the corporate lexicon — let alone the business school curriculum.

But even today, with sustainability at the top of the commercial agenda, Karp — who went on to found the impact investment group Cornerstone Capital — thinks business schools must do more to integrate social and environmental topics into their courses.

She says one part of her Columbia Business School MBA was highly relevant to her work in sustainable finance, even back then. “One of the best courses was called managing innovation,” recalls Karp, who now works as chief impact officer at Pathstone, the US family office that this year acquired her firm. “The term the professor used was ‘frame-breaking change’. And what I saw in the world of sustainability and impact investing was potentially frame-breaking change.”

She argues that ESG (environmental, social and governance) investing is an alternative lens through which to evaluate potential investments. “This is a new paradigm,” she says. “It’s about pragmatism and using an enhanced analytical process to understand investing.”

Like Columbia, UCLA Anderson School of Management offered no sustainability-focused courses when Dave Gallon embarked on his MBA there in 2001. But for Gallon, now chief operating officer at MoceanLab — a Los Angeles-based sustainable mobility laboratory launched by carmaker Hyundai in 2019 — the school’s general approach matched his desire to pursue environmental and social justice professionally.

“I chose it because of their openness to the exploration of new topics,” he says. He also liked the school because, unlike those that prioritise investment bankers whose salaries boost their rankings, it was interested in accepting students from all walks of life (Gallon was formerly in education).

In his operations class, Gallon was introduced to the concept of sustainable profitability. “You have to pull environmental impacts into the understanding of a strategy that is built for long-term returns,” he says. “And whether in finance, accounting or strategy, the professors would bring the idea of ethics into the conversation.”

Jenny McColloch, who is now chief sustainability officer at fast-food chain McDonald’s, was drawn to Yale School of Management — where she embarked on her MBA in 2010 — because of its emphasis on cross-disciplinary thinking, notably through the joint management-environment degree it launched in 1982.

“I didn’t do the joint degree because I already had an environmental management master’s and bachelors degree,” explains McColloch. “But I chose that school because of its connection between the School of Management and the School of the Environment.” 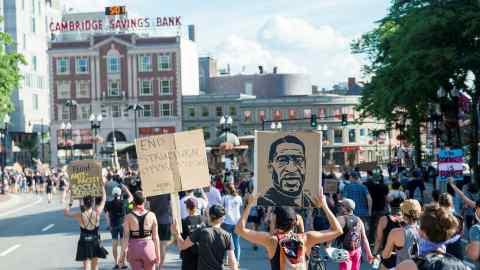 “We have the opportunity through our global network to test different programmes with farmers and ranchers in different countries and figure out what’s scalable,” she says. “It’s innovation in a global network and through the lens of sustainability.”

By the time McColloch started her MBA, the business school landscape had shifted considerably from the days when Karp and Gallon were students. And since then, environmental sustainability and social entrepreneurship have made their way into the curriculum, often driven by student demand.

However, while schools have introduced more course content on sustainable business, many are offered only as electives. The challenge has been integrating topics such as biodiversity and social enterprise into core courses, such as operations and finance.

This is critical, argues Karp, who says that schools should be teaching sustainability in a way that helps shift capitalism towards a more regenerative, inclusive economic model. “You can’t do that without each of the [core MBA] disciplines,” she says.

If schools’ thinking is outmoded, then they will become irrelevant

Gallon also believes schools should do more to help students make connections between core disciplines and social and environmental factors.

“If you’re a finance person going to work on Wall Street, you need to understand that the businesses you’re investing in are multi-faceted, human organisations,” he says. “Not enough people take that holistic view.”

Schools are also being criticised for curriculum content that is still based around the ‘shareholder primacy’ model of capitalism and the pursuit of short-term returns rather than the long-term strategies needed to address issues such as inequality or climate change.

Karp believes schools that fail to move away from this approach are putting their own business model at risk, particularly as technology makes it possible to do the teamwork and networking that are key parts of the business school experience.

“Those things are easier to do these days outside the school environment,” she says. “So if schools’ thinking is outmoded, then they will become irrelevant.”