European bankers are trying to calm fears about an incipient financial crisis after huge drops in their securities over the past two weeks, reflecting growing investor concern about the economic fallout of the coronavirus pandemic.

Ana Botín, executive chairman of Spain’s Santander, said on Tuesday that the eurozone’s largest lender is forecasting only a 5 per cent drop in earnings this year, and expects no impact on its capital level or mid-term financial targets.

Speaking at the Morgan Stanley European financial services conference in London — by videoconference from Madrid where the country is in lockdown —  Ms Botín said the bank’s estimates for one possibility were based on a “v-shaped” scenario of a sharp shock followed by a rapid recovery. She added the lender was “well-positioned to withstand even a severe stress scenario”.

European and British bank stocks have dropped more than 40 per cent this month to the lowest level since the 1990s. Loss-absorbing bonds have plunged and the cost of insuring bank debt through credit default swaps has soared.

Meanwhile, executives at Deutsche Bank — whose shares have more than halved to a record low of around €5 since February — are also seeking to reassure investors.

Banking Weekly podcast29 min listen
Introducing Behind the Money: Barclays and the legal fight over a ‘controlling mind’ 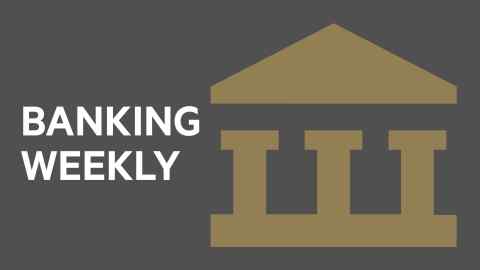 “I am not underestimating the seriousness of the situation, but thank god we did the heavy lifting in 2019,” said one top Deutsche executive, referring to the largest restructuring in its 150-year history it announced in July.

Deutsche stands by its 2020 targets on capital, leverage and costs and is still on track to meet its medium-term revenue and return objectives, he said: “Our strong view is that this is more than likely to be a short-lived crisis than a long one.” Deutsche is expecting a “v-shaped recovery” and expects more clarity over the next four to eight weeks, the executive added.

However, some large institutional investors were not persuaded by such optimism. “I think that Deutsche has a massive problem and a profit warning may just be a matter of time,” said one of its institutional shareholders.

There has been a “total collapse” in capital markets volumes, margin pressure from interest rate cuts in the US and Europe, and the risk of a sharp rise in credit defaults among corporate clients that are hit by the lockdown of public life across Europe. 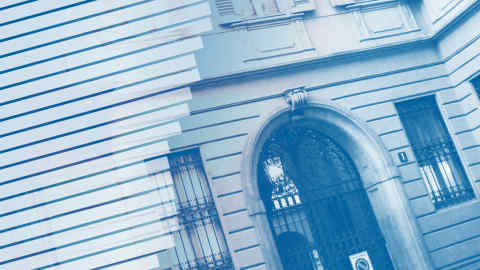 Deutsche will have to “re-calibrate its restructuring plan” after the crisis, said a different person familiar with its internal discussions. “At the start of the year, they were really making good progress, but it is now experiencing a sudden stop,” the person said.

Meanwhile, Lloyds chief executive Antonio Horta-Osório said on Tuesday he will delay part of a planned £3bn technology investment owing to the “huge external shock” that he believed “should be a temporary shock”.

“I am absolutely confident we are going to see a massive government and regulatory response that has to be taken into consideration,” said Mr Horta-Osório, hours before the government announced a new £330bn emergency rescue package for UK business.

Alison Rose, Royal Bank of Scotland chief executive, said on Tuesday she would also consider ramping up cost-cutting plans to offset some of the impact of the Bank of England’s emergency interest rate cut. “We’re in a very strong position going into this scenario”, she said, highlighting the bank’s “incredibly strong capital base”.

Get alerts on European banks when a new story is published