Diversity efforts for lawyers switch from hiring to keeping

In the wake of George Floyd’s murder last year by a police officer in the US, many law firms in the UK put out statements supporting black and ethnic minority employees, and pledging to increase diversity in hiring, retention and promotion.

In the past, this may have brought accusations of empty rhetoric. But the pace of change and commitment to diversifying law firms has intensified in the past year, according to Sarah Alonge, diversity and inclusion adviser at the Law Society of England and Wales, which represents 200,000 solicitors.

“The legal profession is moving in the right direction,” she says.

Faced with pressure from clients, and within, to improve diversity and inclusion, some firms have committed to bolder targets.

There is so much being put into attracting young talent . . . and then you look at the curve and people are dropping off

Herbert Smith Freehills has said it will increase the number of ethnic minority partners from 5.6 per cent to 10 per cent in London by 2025, and improve retention of junior solicitors so that the percentage of newly qualified lawyers from ethnic minorities would match the cohort at recruitment.

Research for the Law Society last year found that “ethnic diversity in the profession is in line with UK society as a whole and has been improving over the years”. However, the experience was uneven. Black, Asian and minority ethnic (Bame) solicitors were more likely than white solicitors to be in smaller firms and in lower-paying sectors and practice areas.

Solicitors told researchers they felt they did not “fit” City firms and, if they did get through the door, they were not offered good work or opportunities to progress. Many left to go to smaller firms or in-house legal roles, where they thought the culture would be more inclusive. 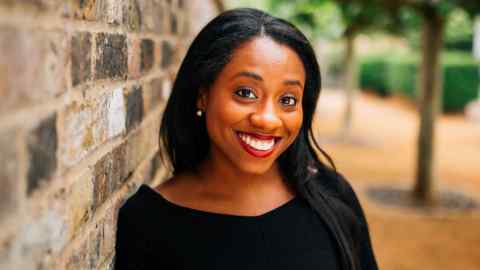 As one HR practitioner cited in the survey put it: “There is so much being put into attracting young talent into the pipeline and then you look at the curve and people are dropping off. It is just not acceptable.”

This theme was reinforced in research by the Bridge Group, a consultancy looking at social equality, also published in 2020. It found City law firms’ preoccupation with early recruitment was flawed because it assumes that, once a candidate completes a traineeship, “they experience equality of progression and professional opportunity”— which is not necessarily the case.

While hiring is important, it is only part of the problem. The Bridge Group found that it takes those from ethnic minority backgrounds two years longer to progress to partner than their white peers. According to the Solicitors Regulation Authority, the regulatory body in England and Wales, only 8 per cent of partners at large firms are from a Bame background.

Some firms are using fairer recruitment processes for junior talent, such as contextual hiring — where a candidate’s background is considered — and CV-blind recruiting.

With 10,000 Black Interns, we went to a wider talent pool

Traditionally, large law firms have tried to address the lack of black candidates by reaching for old solutions, says Waheed Aslam, asset management and investment funds lead at Simmons & Simmons: they would typically try to find a black Oxbridge undergraduate.

However, his firm takes a different approach. “With 10,000 Black Interns, a scheme offering paid training and work experience to black graduate interns, we went to a wider talent pool,” says Aslam. This involved more than 30 law firms collaborating on the best approach to target the desired candidates. “We’ve got to make sure we are doing it for the industry rather than just one law firm.”

During lockdowns, firms set up virtual recruitment campaigns, broadening the range of universities they can target. “Before, [they] would say: we do want to go to beyond Russell Group universities but we don’t have the budget,” Alonge says. Now, there is no excuse.

They would say: we do want to go to beyond Russell Group universities but we don’t have the budget

She says a lack of trust can mean employees are less likely to share their ethnicity data but building trust is crucial for employers to be able to identify problems, see trends and set targets.

Retention remains a problem, though. A&O analysed its workforce last year and found that black lawyers leave almost two and a half years before white peers. The firm says it will monitor this gap and commits to closing it.

Distributing work fairly will help. Alonge says: “People stay longer if the work is better.” In some firms, work allocation managers — who assess several factors — are also charged with taking diversity into account. 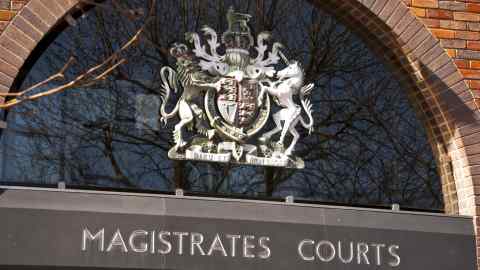 Hogan Lovells requires that 15 per cent of a pitching team are drawn from ethnic minorities. “To progress as a lawyer, you need to get good work and develop relationships,” says Susan Bright, global managing partner for diversity and inclusion at the firm.

It allows 50 hours work a year on diversity, such as mentoring and outreach, to count as billable hours. The cap on hours is because “we don’t want to stop people from doing legal work that gets them promoted”.

Preventing conversations about diversity becoming siloed is important. “We are making it a business target rather than the HR function,” says Seema Bains, insurance partner and head of the global diversity and inclusion group at DWF. Reverse mentoring, pairing Bame junior lawyers with senior partners, has been “transformational,” she says. “It’s helped to get the dialogue going.”

Herbert Smith Freehills has introduced “race leaders” in each practice group and business services function in the London office, to help teams engage with racial diversity issues and targets. Gary Hommel, partner and race leader, meets regularly with peers to “share what works and keep the momentum up”. Lorraine Gibson, business development director and also a race leader, says: “We couldn’t achieve what we want to by leaving it to our small D&I team. It’s not leaving it on the shoulders of black colleagues.”