A dawn raid by the FBI on a company: what happened next

In late 2017, the Federal Bureau of Investigation made a surprise dawn raid on a US transport company’s headquarters. Intent on seizing all the data they could, government agents confiscated everything from pen drives and servers to filing cabinets. They eventually walked away with more than 2m documents.

The FBI processed all the transport group’s data but, because of attorney-client confidentiality rules, before the bureau could legally share it with its internal investigators the transport company was permitted to analyse the data and exclude any information it felt could be privileged.

Attorney-client privilege is a bedrock of the US legal system. It exists so that lawyers can have frank conversations with a client, which in turn is encouraged to fully disclose information to its attorneys.

The client can do so safe in the knowledge that it is protected from incriminating itself and handing over trade secrets that are irrelevant to an investigation. Protection of privileged information is important for mounting a defence against both criminal and civil charges.

The government weren’t going to let us keep 500,000 documents for no good reason. We needed to show we’d been rigorous in our analysis

Those rules of privilege mean that Christian Mahoney, a senior attorney at law firm Cleary Gottlieb who represented the transport company, cannot divulge the client’s name, what it was charged with — or even if it was charged. Nor can he say what the FBI was looking for, the month the raid took place or the location of the client’s offices.

Revealing any morsel of information could break attorney-client privilege and make it too easy to ascertain the client’s identity.

In a federal investigation, lawyers want to exclude as much as possible from the regulator’s eyes, especially if it concerns conversations between the client and their lawyer.

In the transport company’s case, however, it was initially willing to waive its rights to privilege because paying lawyers to wade through the data to ascertain what could be excluded would have cost millions of dollars in legal fees.

Instead, Mr Mahoney suggested using digital technology to whittle the documents down to a manageable size.

“After a very broad filtering of the evidence, we were left with half a million documents that could have potentially been privileged — and thus kept out of the government’s hands,” says Mr Mahoney, who leads Cleary Gottlieb’s litigation technology efforts in Washington. “But the government wasn’t going to let us keep 500,000 documents from them without good reason. We needed to show them we’d been more rigorous in our analysis than just a big general claim covering half a million documents.”

Sifting and analysing documents in preparation for litigation and trials, known as the discovery process, is a trope in TV shows about lawyers that show young junior associates toiling into the night. In fact, much of this work is now done using data interrogation, machine learning and, increasingly, artificial intelligence (AI). Yet determining which documents should be protected under attorney-client confidentiality is a more complex affair than most ediscovery investigations.

“Imagine training and coding Google from scratch every time you wanted to perform a search — developing the rules and parameters every time. That’s what it’s like to examine large stacks of documents for privileged information,” says Mr Mahoney.

He has long focused on electronic discovery. He cut his teeth on the interplay between data and law in multinational document company Xerox’s legal department. Recently, he has been experimenting with using AI, machine learning and other tech for a range of legal tasks. This includes predicting outcomes and costs of legal actions, estimating the time it will take to reach certain milestones in cases — such as settlements — or modelling negotiations in mergers and acquisitions.

When the transport company’s dilemma arose, Mr Mahoney was already thinking about ways to crunch legal data to make it easier to find privileged documents.

“The problem with trying to sift information potentially covered by privilege is it’s not just what’s being said. It’s who’s saying it to whom and in what context,” says Mr Mahoney.

He spoke to a fellow Xerox alumnus now with legal tech company Lighthouse for advice.

“In determining if a document is privileged or not, context is key,” says Mr Hellewell. “Unearthing privileged material is often a big source of frustration. It’s usually the minority of data in cases but the majority of costs.

“The perennial problem is finding needles in the haystack, but the trick is making the haystack smaller.” 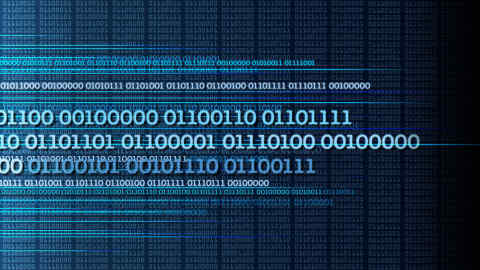 The two started to shrink their “haystack” by looking at metadata of documents. These are hidden details that describe data and documents, such as sender, receiver, date and the urgency level with which an email is flagged. “We figured the metadata would have a lot of information about the context of the conversations,” says Mr Hellewell. “And we started to see patterns.”

Building algorithms that would interrogate both the text of documents and the metadata, Mr Mahoney and Mr Hellewell began to see predictive patterns based on how people would speak to their lawyer. For instance, they found that privilege was more likely if it was only an individual emailing a specific lawyer rather than a group.

“From the 500,000 we started with, we quickly made our way to identifying 15,000 documents that were privileged,” says Mr Mahoney, adding that the result was enough to satisfy the government that the documents could not be turned over to investigators.

Cost of identifying documents by AI, instead of the potential millions the job usually would cost

Instead of the potentially millions in billable hours the job usually would have cost, Mr Mahoney and Mr Hellewell’s system cost about $50,000. The reduced cost meant the client did not need to waive privilege.

Mr Mahoney rejects the notion that the tool lost his firm lucrative work. “This wasn’t a case of us arguing our way out of billable hours,” Mr Mahoney says. “That money was never coming to us from such a cost-sensitive client.”

Clients nowadays expect that kind of data-driven innovation, says Mr Mahoney, who intends to refine his predictive models in the expectation that other clients will need affordable ways to ascertain privileged information.

Multinationals operating in the US beware: the number of multi-border consumer cases is increasing, according to a top litigator.

Robert Giuffra, partner at Sullivan & Cromwell, says that as the Trump administration holds back in many regulatory enforcement matters, state attorneys-general have sought to fill the gap. Of particular note has been the pursuit of makers of recalled vehicles and drugs companies embroiled in the opioid crisis. In the past year a number of opioid manufacturers have been sued by dozens of state attorneys-general for their role in the spread of addictive painkillers.

“These AGs view themselves as filling a regulatory gap,” says Mr Giuffra, a prominent trial attorney. “Their targets are big consumer companies, and state consumer protection laws are their weapons of choice.”

Mr Giuffra, who reportedly declined a request to represent US President Donald Trump in the Mueller probe into allegations of Russian interference in the 2016 presidential election, has been called on to represent vehicle makers targeted in the wake of emissions scandals. In 2017, Fiat Chrysler faced allegations that it rigged more than 100,000 vehicles in the US with so-called “defeat devices” to evade emissions standards. As well as the lawsuits from vehicle owners, the Department of Justice accused the company of Clean Air Act violations and multiple state attorneys-general also threatened to sue.

Several years earlier, Mr Giuffra had steered Volkswagen through its own defeat device scandal by working out a series of integrated global settlements for more than $20bn.

The Fiat cases also threatened to cost billions. Instead, Mr Giuffra says he perfected his global settlement strategy, avoiding multiyear lawsuits and reaching a series of integrated global settlements costing $800m. These satisfied the Environmental Protection Agency, all 50 state attorneys-general, the California Air Resources Board, and the US Customs and Border Protection.

Ultimately, the lesson is that with multi-jurisdictional litigation rising, global settlements will become increasingly crucial for companies operating across markets.