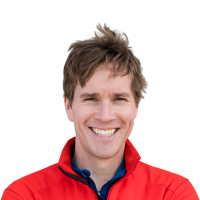 Patrick McGee is the FT’s San Francisco correspondent covering Apple and US technology. He was previously in Frankfurt, writing about the Volkswagen scandal and the challenge to German carmakers from electric vehicles and self-driving tech. He joined the Financial Times in 2013 to cover Asian markets from Hong Kong.

He was previously a bond reporter at the Wall Street Journal in New York. He has a Master's in Global Diplomacy from Soas, University of London, and a degree in religious studies from the University of Toronto.