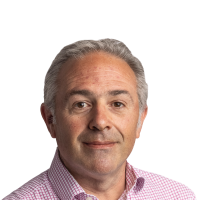 US national editor and columnist

Edward Luce is the US national editor and columnist at the Financial Times. Before that he was the FT's Washington Bureau chief. Other roles have included South Asia bureau chief, Capital Markets editor, and Philippines Correspondent. Luce was previously the speechwriter for the US Treasury Secretary, Lawrence H. Summers, in the Clinton administration.

He is the author of three highly acclaimed books, The Retreat of Western Liberalism (2017), Time to Start Thinking: America in the Age of Descent (2012), and In Spite of the Gods: The Strange Rise of Modern India (2007). He appears regularly on CNN, NPR, MSNBC’s Morning Joe, and the BBC.

He is also the author, along with colleague Rana Foroohar, of the Swamp Notes newsletter, which covers the intersection of money, power, and politics in America.