Vanguard, the world’s second-largest asset manager, has made the first acquisition in its 46-year history with a deal for a US start-up that builds bespoke portfolios for individual investors.

Pennsylvania-based Vanguard has shunned acquisitions since it was founded in 1975 by Jack Bogle, preferring to concentrate on championing low-cost index-tracking investment strategies that follow broad benchmarks such as the S&P 500 or FTSE 100.

But on Tuesday Vanguard, which has $7.9tn worth of assets under management, announced that it had agreed to buy Just Invest, a California-based wealth management boutique that has developed a customisable, direct indexing offer.

Direct indexing allows investors to tweak existing indices to create bespoke portfolios that can include tilts to investment factors, such as value or growth, or to match their environmental, social and governance beliefs.

Just Invest, which was founded in 2016 and manages about $1bn of assets, uses large-scale data analysis, quantitative algorithms and risk modelling to construct customised portfolios.

Buckley said Vanguard planned to roll out Just Invest’s direct indexing capabilities to a wider set of clients, building on a pilot programme it has been running with the group and select financial advisers over the past 18 months.

No price was announced for the deal.

Daniel Wiener, the editor of the Independent Adviser for Vanguard Investors newsletter, said that moving into direct indexing could enhance Vanguard’s reputation for running tax-efficient portfolios.

“While Vanguard’s funds are already extremely tax efficient, direct indexing will allow some investors to generate losses that can be used to offset gains in other parts of their portfolios,” said Wiener.

Direct investing also provides Vanguard with the capacity to offer a broader range of sustainable strategies that rely on ESG metrics.

“Direct indexing definitely dovetails with Vanguard’s desire to get into the ESG business with both feet. It has already launched several ESG exchange traded funds and can now offer even more highly-customised ESG portfolios with direct indexing,” said Wiener.

FT News Briefing podcast10 min listen
The index of everything

That valued Aperio at about 50 times underlying earnings, illustrating BlackRock’s keenness to expand into direct indexing.

“Software developments mean that it is now trivial to maintain thousands of stock portfolios and rebalance them or put whatever spins you want on them,” said Dave Nadig, chief investment officer and director of research of ETF Trends, an investment website.

Direct indexing is largely restricted to wealthier investors but the involvement of Vanguard and BlackRock will accelerate its expansion into the mass market.

ETF issuers or sponsors that ignore direct indexing will be “overtaken left, right and centre”, said Timo Pfeiffer, chief markets officer of Solactive, a German index provider. “I have no doubt [it will reach the mass market].” 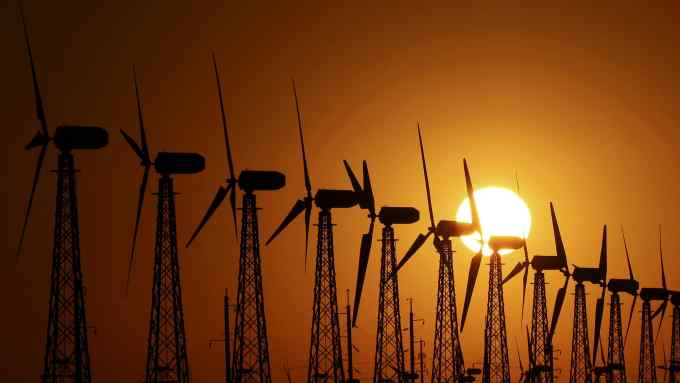