Start a 4-week trial
Art for the soul: where culture, nature and wellbeing meet
See all 8 stories
Collecting

A new sculpture park in Miami hopes to make waves

The seven-mile project, due in December 2021, will be informed by researchers and marine biologists

It has become customary to don a mask before entering the latest exhibition, but a snorkel might still come as a surprise. That and some flippers will be the requisite, though, for a new arts space announced last week.

ReefLine, Miami Beach’s first underwater public sculpture park, will launch at the end of 2021. Led by architect Shohei Shigematsu, OMA will design the large-scale art project which will stretch across seven miles, and open in staged phases.

The first mile, to be opened in December 2021, will include permanent installations from Argentine conceptual artist Leandro Erlich and Shigematsu. Erlich will create a version of “Traffic Jam” — which was originally showcased as part of Art Week Miami Beach last year — a work that placed across the beach life-size cars that appear as if built with sand. “Concrete Coral” will similarly riff on cars (a key source of emissions), but using them instead as an opportunity for environmental change. Shigematsu’s sculpture, meanwhile, will explore weightlessness: playing with the futile visual of stairs underwater.

An initiative of BlueLab Preservation Society, ReefLine will be informed by researchers and marine biologists, enabling the works to act not just as art, but artificial reefs. Although a physical disruption, the park aims to provide a critical habitat for endangered organisms.

The founder and artistic director of the art project and snorkel trail, Ximena Caminos, commented: “This series of artist-designed and scientist-informed artificial reefs will demonstrate to the world how tourism, artistic expression, and the creation of critical habitat can be aligned.”

Brazilian artist Ernesto Neto and Argentine artist Agustina Woodgate will hope to make a splash with further installations as the park develops.

Explore the series
READ MOREArt for the soul: where culture, nature and wellbeing meet
Art for all: five of London’s most powerful — and playful — public pieces 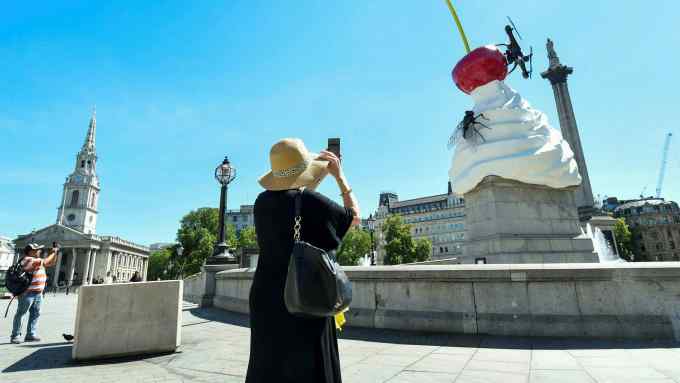