How WarnerMedia and Discovery plan to forge a media behemoth

Deal expected to trigger fresh wave of consolidation in the sector

In February, the Discovery chief executive had arranged to play golf with AT&T chief John Stankey at the Pebble Beach Pro-Am tournament in California. But a Covid-19 surge wrecked the plan and Zaslav, “feeling bummed”, sent Stankey an email instead: “Give me a buzz: I got an idea.”

The two executives, who said they had previously bonded over “golf and eating”, ended up talking for hours as Zaslav pitched Stankey on merging Discovery with WarnerMedia.

“I laid it out for him,” said Zaslav, who said he was on the phone to Stankey for so long his wife thought he had left the house. “It was like, boom. We’re in sync.”

Stankey offered to come to New York, where the two met on April Fool’s day at Zaslav’s Greenwich Village brownstone to hash out the details. “We wanted to be discreet,” Zaslav said.

The February phone call was the beginning of a top secret operation by AT&T, America’s oldest phone company, to spin off the Hollywood empire it acquired for $85bn only two-and-a-half years ago. Bankers and executives see it as the trigger for a second wave of consolidation in the US and beyond, as traditional media fights for survival in an entertainment business whose future will be ruled by streaming.

The past five years has included not one but two era-defining megadeals — Disney’s purchase of Rupert Murdoch’s Fox empire, and AT&T’s acquisition of Time Warner — and yet media companies have determined they still lack the scale to compete in the fast-changing digital entertainment landscape.

Netflix and Disney Plus, with 208m and 104m subscribers respectively, sit atop the league table of pure streaming services. With more than 100 services available, the rest of media is left battling for a spot as a must-have in consumers’ monthly budgets. Warner’s HBO Max service has added 10m retail subscribers since its US launch last year, while Discovery has 15m subscribers worldwide.

“I expected . . . there was likely to be more consolidation,” Stankey told reporters on Monday. “We . . .[wanted to] initiate that rather than have to follow it.”

After their New York meeting, the executives hired boutique investment banks LionTree and Allen & Co to advise AT&T and Discovery, respectively. They were later complemented by Goldman Sachs and JPMorgan, who would provide an essential $41.5bn bridge loan to complete the complex transaction.

The deal came together at a clip, despite some tough negotiations on how to divide up ownership of the new company, with the two sides eventually agreeing to give AT&T shareholders 71 per cent and Discovery 29 per cent. Even Jeff Zucker, a longtime friend of Zaslav and the chief executive of CNN, one of WarnerMedia’s most important properties, only found out about the deal on Sunday.

During the hush-hush negotiations, code named Project Columbus, AT&T was referred to as Armstrong, WarnerMedia as Magellan and Discovery as Drake.

Together, Warner and Discovery will become the second-largest media group by revenue after Disney, with $41bn in sales annually — a figure that Zaslav anticipates will rise to $52bn by 2023. The company will have $55bn in debt after the spinout.

For AT&T, the transaction wipes $43bn from its debt pile, which stood at $169bn in net debt at the end of March and has been weighing on shareholders’ minds. The company’s shares have been flat since a year ago despite a broader market rally. “I’m not happy about that,” Stankey told investors in March. “And I wake up every day thinking about that.”

The merger is a remarkable coup for Zaslav, a hyper-ambitious executive who has catapulted himself to the top of the food chain in entertainment. He has spent the past decade presiding over Discovery, a relative minnow with a market value a tenth of that of Disney. He now grabs the reins of a company that makes more revenue than Netflix.

The 60-year-old typifies a generation of larger-than-life media tycoons from a bygone era: the Murdochs, Redstones, Disneys and Turners — several of which Zaslav name-checked during a call with reporters on Monday. “We stand here on the shoulders of mighty titans, from Ted Turner to Steve Ross,” he waxed on, while calling Discovery shareholder John Malone a “teacher and best friend”.

The deal also reflects Stankey’s lack of sentimentality in offloading the legacy of his predecessor, Randall Stephenson. Known for his plain spoken pragmatism, Stankey has also this year jettisoned DirecTV, the satellite broadcaster whose acquisition was another flagship transaction by his mentor. “He has basically undone the last 10 years of AT&T’s acquisitions,” said a person close to Stephenson.

Cast aside in a brute fashion reminiscent of a plotline in Succession is Jason Kilar, the tech-minded outsider that Stankey brought in only 10 months ago to package WarnerMedia’s Hollywood assets into a proper streaming company.

Kilar, who developed a reputation as a dotcom disrupter through his invention of Hulu, found out about the deal last Wednesday and would probably depart the company, said people familiar with the matter. He was featured in a 2,800 word profile in The Wall Street Journal on Friday, only to be defenestrated three days later. When asked about Kilar’s future, Stankey said: “David [Zaslav] has a lot of decisions to make.”

For WarnerMedia, one of Hollywood’s most storied companies behind hits ranging from Casablanca and Citizen Kane to Friends and Game of Thrones, this will be the third gut-wrenching restructuring in three years.

One WarnerMedia executive said it adds “another year of turmoil” to what had been four years of “uncertainty and indecision”. A former senior colleague was optimistic, however. “Zaslav is very capable,” the second person said. “They will work with Warner, unlike AT&T, which was just: ‘Shut up and take orders.’”

Zaslav has insisted he “wants to keep it all” but lay-offs seem inevitable given the overlap among the companies. Discovery expects to squeeze out $3bn of savings within two years.

When asked by the Financial Times about integration plans, Zaslav offered few details, instead touting the “flexibility” he had. “We will be one company, one culture, one mission.”

‘Get bigger or get out’

If Zaslav can pull it off, Warner-Discovery could rival Netflix as one of the few genuinely global streaming services aiming for 200m-plus subscribers — and would likely be rewarded for it by Wall Street.

While Discovery’s cash flow is largely generated in the US, it operates more than 80 networks across the world, with a strong local-language presence in the Nordic countries, Poland and Italy. Zaslav is determined to hold on to WarnerMedia’s best content, and never again enter the kind of licensing deal with Comcast’s Sky pay television service that prevents HBO Max from launching in the UK, Germany or Italy until at least 2025.

But a successful expansion will require painful decisions within specific markets. Discovery has yet to decide whether to roll all its streaming services under one brand like Netflix, or use Disney’s platform approach, which deploys brands such as Star, ESPN or Hulu, depending on the market.

The deal is bound to prompt another reckoning across the entertainment business, say executives and bankers, as the relentless push for scale makes it even harder for those left behind.

Comcast had informal conversations with AT&T’s Stankey about combining its NBCUniversal unit with WarnerMedia, but Discovery was viewed as easier to clear with regulators, said several people briefed about the matter. 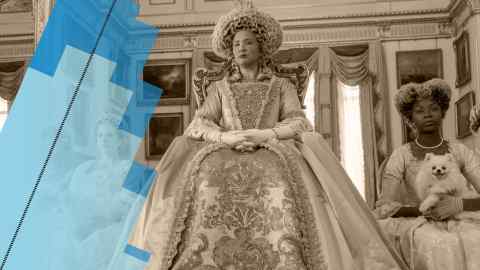 Brian Roberts, the chief executive of Comcast, could still try to make a counterbid to buy WarnerMedia’s assets, as he did when Disney agreed to buy Fox’s marquee businesses. However, gatecrashing the combination would be a tall order, according to several media bankers.

One banker said that Warner-Discovery could itself become a takeover target in years to come, as big tech groups such as Apple or Amazon strike their own content-focused deals. On Monday it emerged that Amazon was in talks to acquire MGM, the film studio behind the James Bond franchise, for about $9bn.

“This is what [AT&T and Discovery] needed to do to be a sustainable company. You can’t be in this business operating only in the US,” said a senior executive at a big media group. “So there will be a number of media companies now thinking: get bigger or get out”.

Get alerts on Discovery Inc (merged into Warner Bros. Discovery) when a new story is published