I am a second-generation Japanese-American; I grew up in California but never visited Japan during my childhood. A Rotary Foundation scholarship brought me to Japan for the first time after university, and that’s when I properly learned Japanese and met my relatives here. Fascinated by my ancestry, I wanted to learn more, so upon completion of my masters degree in the US, I returned to Tokyo, which has been my home for more than 30 years.

The demographic headwinds in Japan are formidable. In 1999, I published my first report on “womenomics”, and my thesis was that if Japan could raise its low female labour participation rate to narrow the gender employment gap, this could help boost GDP. To my surprise, the Japanese government adopted womenomics as part of its growth strategy in 2013, and as of 2019, Japan’s female labour participation rate of 71 per cent actually surpassed those of the US and Europe. So I thought I’d highlight some female leaders, chefs and entrepreneurs who are tied to the museums, restaurants and shops that I love, alongside a few of my other top Tokyo tips.

One of my favourite museums is the Mori Art Museum, which specialises in international contemporary art across a variety of genres, including design, architecture, fashion and photography, under director Mami Kataoka. As in many Japanese industries, art is no different: there is a dearth of women leaders. At this iconic museum in the middle of Tokyo, Kataoka is a rare example of a leading woman who has risen to the top.

I used to work at Goldman Sachs, which is in the same Roppongi Hills complex where the museum is located, so on lunch breaks I would occasionally take a peek at their exhibitions. One memorable show was by Chiharu Shiota, a Japanese artist based in Berlin. She created an installation in which an entire room was strung from floor to ceiling in red threads — it was very powerful.

Thanks to Kataoka’s influence, the Mori placed an important spotlight on diversity with its recent exhibition Another Energy: Power to Continue Challenging, featuring a rare collection of works by 16 women artists from around the world who are in their 70s or older and most of whom are still active. The powerful sculptures, paintings and videos focused on issues ranging from feminism to migrant history viewed through the lenses of these artists, who began their careers during the turbulent period of the 1950s-70s.

Another wonderful cultural experience comes via the Japanese digital-art collective teamLab. They exhibit in enormous warehouse-style buildings, using projected imagery and other techniques to create mesmerising immersive artworks. One of my favourite venues is teamLab Planets, where you enter barefoot, and one of the installations is a dark, water-filled room where colourful digital koi fish swim around your feet. Another of their exhibits is Floating Flower Garden, filled with 13,000 hanging orchid plants that float up and down as you approach them, and as the border between you and the art dissipates, you suddenly become one with the flowers. It’s experiential, interactive and a very fun experience.

Another artist I admire is Reiko Sudo, Japan’s most influential textile designer, who founded Nuno Corporation (“nuno” is fabric in Japanese), and her work is in the permanent collections at the Met museum and MoMA in New York and London’s V&A museum. Nuno’s main shop is in Roppongi and you can order anything to be made, such as jackets, dresses and trousers. Everything she makes is a work of art, and I admire her mission to preserve the craftsmanship of textile making. Sudo combines traditional weaving practices with modern technology, and she uses unconventional materials such as washi (Japanese rice paper), for example, to create the fabrics. Nuno is my favourite place to buy gifts for overseas friends because every item is so unique, beautiful and functional.

As for my favourite topic — food — there are two restaurants helmed by female chefs that I am particularly fond of. Eté, a tiny, one table, six-person restaurant in Shibuya, is led by Natsuko Shoji, a young chef who, in 2020, was the first Japanese woman to win the title of Asia’s Best Pastry Chef. She is very skilled at savoury dishes too, but her star dishes are of course her desserts, where she takes the intersection between gastronomy and art to the next level. On a recent visit, she covered the table with rose petals, then decorated a long block of ice with delicately-formed mango roses with strawberries — it was not only a stunning work of art, but incredibly delicious as well.

Shoji is also a fashion icon and has developed a celebrity following (David Beckham and Noma chef René Redzepi are fans of her work). She’s lovely, hungry and aiming for the top in a male-dominated industry.

A more low-key restaurant that I love is called Eatrip, under owner-chef Yuri Nomura, which is also in the Shibuya area. Nomura is all about organic, farm-to-table food; her dishes are both mouth-watering and healthy. Her menu changes daily depending on what is available (she sources her produce locally from a network of sustainable producers including her parents’ farm). Her cuisine is a blend of western and Japanese food. Every dish at Eatrip is delicious, but Nomura makes the most amazing lemon tart. It’s very thin — but once you take a bite, your mouth explodes with the combination of fresh citrus flavours and a delicate cookie crust. She also makes a delectable appetiser board that comes with grilled vegetables, pâté, tapenades and toasted fresh bread, which is one of the staples of her menu.

In Japan, there’s a category of dining called B-kyu, which means “B-ranked” and refers to cheap but delicious “soul food”. The most popular B-kyu foods include gyoza dumplings, onigiri (rice balls) and yakitori, among others — and there are so many great options to choose from. But the best gyoza can be found at Harajuku Gyozaro in the Omotesando area of Shibuya. Here you can have six sizeable steamed or fried gyoza and a bowl of rice and chicken broth for about £3. You can order them with or without garlic — get them with the latter. It is the most satisfying meal, particularly on a winter’s day, and it’s all made fresh to order. You can buy frozen gyoza too, which we did during the lockdown for a quick dinner at home. It’s a simple and basic meal, but they are the most delicious dumplings.

To walk off all of Tokyo’s culinary treasures, we take regular strolls in Yoyogi Park, an oasis of nature in the middle of this giant metropolis. Our children are now grown, but when they were little, Yoyogi was where they learnt to ride bicycles and where we had many birthday parties. Since becoming empty-nesters, my husband, Jesper Koll, and I take our dogs to Yoyogi and he jogs there almost every day. From the cherry blossoms in the springtime to autumnal foliage, it’s a lovely place all year. As many Japanese people tend to live in small homes, the park is also a practice ground for musicians, athletes and actors. You see talented people playing their musical instruments, jump-rope or acrobatics teams showing off tricks, or acting troupes rehearsing. It’s everybody’s stage.

Lastly, one thing I love to do that I don’t do often enough is ride on a yakatabune. These are historic boats originating from the Heian period (794 to 1185) that were used by members of the Imperial Court to recite poetry, share secrets or commiserate with friends in private. Today they are used for entertainment. I’ve rented them with friends and colleagues — we’ve many fond memories of riding the yakatabune. They can be booked for a few hours in the evening to cruise around Tokyo Bay, and come with a Japanese meal, drinks and, of course, a karaoke machine, which makes for a very fun and lively evening. Living in Tokyo, you often forget that you’re near the water because of all the skyscrapers, but these boat rides remind you that you’re living on an island, and the city nightscape is particularly spectacular from the bay. 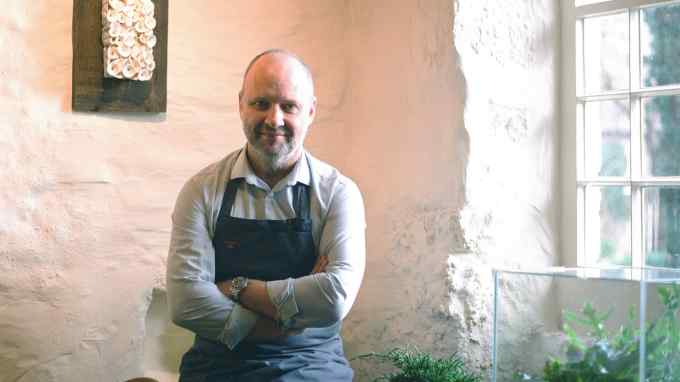