Lead the way with 50% off
Artificial intelligence

Calculating where artificial intelligence can do business

Sign up to myFT Daily Digest to be the first to know about Artificial intelligence news.

Some recent breakthroughs in artificial intelligence, though striking, can seem of mainly theoretical interest. It is one thing to generate impressive results in a research setting, quite another to apply them in practice.

For many businesses, the reality of machine learning has not lived up to the theory. Preparing and cleaning the data, training the models, generating consistent, usable results: all are often harder than they are made out to be.

But the AI era also has the power to surprise, and the advances can come in unpredictable leaps. Knowing how to tap these new capabilities as they become available, and working out how best to embed them in a company’s work processes, are quickly becoming essential skills for anyone aspiring to a leadership position in business.

This year’s most striking breakthrough in the technology — the language model known as GPT-3 — is a sign that advances in the field are accelerating. It also shows that the products of advanced research may be available in an easily consumable form for business managers much sooner than might have seemed likely. In September, only three months after the research paper that first described the technology, Microsoft took out an exclusive licence with the aim of bringing it into general use, a remarkably rapid development that highlights the potential.

There is already a surfeit of words written about GPT-3 (a fair number of them written by GPT-3 itself). A large-scale language model, the system is akin to a glorified auto-suggest system. By ingesting and applying a vast body of text — nearly 500bn words — it offers suggestions for the next most likely word in any sequence. Given a prompt, the system can produce a coherent-sounding response that stretches from words into sentences, then into entire paragraphs, though the longer the response, the more likely it will wander into incoherence. 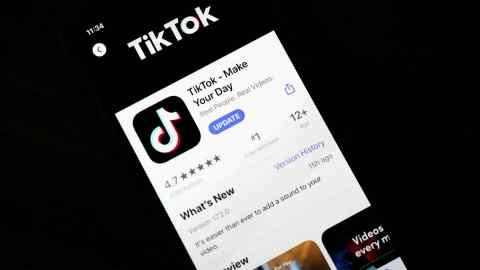 One of the most interesting things about GPT-3 has been its ability to derive underlying rules from a relatively small number of examples. That has included working out basic grammatical principles. Developers experimenting with the system have also let it loose, with surprising success, on teaching itself how to tackle maths problems and simple coding.

It is easy to dismiss this as little more than an elaborate party trick, and an interesting thought experiment in whether machine intelligence is beginning to overtake the human variety. (It isn’t: like all neural networks, it is merely an exercise in advanced statistics.)

There are also clear limitations common to all of today’s AI. GPT-3 lacks context — it has no general model of the world to draw on. Nor can it reason and, like all neural networks, it is brittle: for all its apparent brilliance, it can trip up on the most apparently simple task.

But GPT-3 still shows remarkable success in generating usable results, and it is likely to enter the business realm far more quickly than many other AI technologies. OpenAI, the San Francisco-based research company that developed the technology, has made it available through an application programming interface to a limited number of developers, leading to rapid experimentation.

Supplying AI on tap like this promises to put the technology in the hands of managers without technical software skills. For business leaders of the future, the essential skills when dealing with technology like this will be to know the right questions to ask and understanding how to “debug” the answers, weeding out the irrelevant to focus on the truly useful.

It is still too early to tell what the most disruptive uses of a technology like GPT-3 will be when applied in a business setting. Like all forms of automation, however, they are likely to take three broad forms.

The first involves automating low-level tasks. So-called generative AI systems like this, which produce original content, are well suited to producing routine outputs from masses of data. Developers who have already experimented with the model have been able to produce some interesting language tricks, such as getting it to turn a piece of dense legal writing into more general language. It has also been used to glean financial information from a piece of text and enter it into a spreadsheet, turning it into a form of automated accountant.

The second broad use of AI is to augment the work of experts, making them more productive. In the case of GPT-3, that may come from its natural language search capabilities — for instance, finding useful information in large bodies of legal documentation or research material that cannot easily be found with existing search systems.

Longer term, AI systems like this could produce new insights and ideas that would otherwise go unexplored. Particularly when they are trained on industry-specific (and even company-specific) data, the connections they make have the potential to be truly novel, though for now GPT-3 has only been let loose on a general corpus of information.

The interest already generated by the language model, meanwhile, is a reminder that few technologies have been as overhyped as artificial intelligence. On the other hand, few technologies are as likely to transform the future of business. Distinguishing between the two is quickly turning into one of the essential skills of senior management.

Forget AI, some of us still struggle with spreadsheets / From Nick Bradbury, Reading, Berkshire, UK