The writer is winner of the 1997 Nobel Prize in Economics, professor at the MIT Sloan School of Management and co-creator of Selfies

The financial independence and security of families lie at the heart of a functioning democracy. The US three-legged retirement system — social security, employer-provided pensions, and private savings and investments — is in the grip of a serious funding challenge, some would say crisis. The reality is that a dignified middle-class lifestyle continued into the retirement years is no longer secure.

To curb the fastest inflation in four decades, the Federal Reserve raised interest rates by a quarter percentage point and signalled six more increases this year. But this move only adds to the uncertainty faced by retirees, which stems from a broad misconception that there is no good way to inflation-proof your investment.

There are in fact numerous strategies for individual investors and countries to consider, including Tips (Treasury inflation-protected securities), I savings bonds and inflation swaps. One such pension-like bond innovation, which I helped to create, is known as Selfies (Standard-of-living indexed, forward-starting, income-only securities). These could be an excellent currency for retirement and particularly relevant for the inflation challenges at hand.

Central to the financial security of society is a retirement that maintains a comfortable standard of living, which is measured by the amount of sustainable lifetime income received, and not by the size of an accumulated “pot”.

Since significant numbers of middle-class workers are now living longer and confronting rising inflation, many face future retirement without the reassurance of an adequate pension.

As we entered the 21st century, employers discovered that the cost and risk of funding their pension benefits were much greater than anticipated. Private sector employers largely abandoned the once-prominent defined benefit (DB) pensions of the past, replacing them with defined contribution (DC) plans with smaller contributions than in the past and employees taking on benefit risk.

As a largely unfunded pay-as-you-go system, US social security is facing numerous solvency and structural issues, raising concerns about the funding for future benefits. Moreover, it was never designed to be the full answer for retirement funding. DC plans have been the workhorse of accumulation for the past two decades and now represent 59 per cent of the $38tn total US retirement assets, which includes the social security trust fund. This percentage will continue to grow, raising the prospect that employees will not save enough for retirement.

Of the 58 per cent of US workers with access to employer-based DC retirement plans, fewer than half participate. At the same time, only 10 per cent of workers contribute to private savings plans. Changes in employment patterns such as the development of the gig economy, in which staff have no pension benefits, threaten to leave segments of the workforce with little security in retirement. 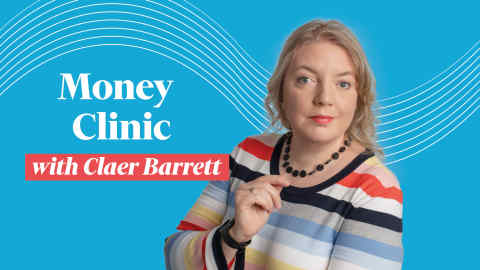 Around the world, individuals will increasingly be asked to take responsibility for their own retirement planning, including making decisions that few are equipped for, on issues such as compound interest and considering the impact of inflation. They are being burdened with three complex, interconnected decisions: how much to save, how to invest (with many additional decisions), and how to decumulate one’s portfolio at retirement. There must be a better way.

Selfies are a government bond with a payout designed to match the pattern from a pension, with level payouts starting at a specified date (typically the retirement date) for a fixed period and indexed to per-capita consumption. This single, liquid, low-cost, low-risk instrument is easy to understand for even the least financially confident individual because they embed accumulation, decumulation and compounding with standard-of-living and inflation adjustments.

Insurance companies and pension funds can use these bonds to hedge their annuity and pension liabilities. Their tax treatment is the same as for other government bonds. They are also good for governments, as they lower the risk of individuals retiring poor and improve balance sheet management. They can be used by those without access to a pension system.

More such innovative instruments from academics, politicians and others are needed if we are to ensure more people can retire with resources that can withstand inflation and provide the security they need.