What can the Rolling Stones teach us about financial literacy?

When you imagine your future retirement, do you expect still to be working at the age of 78?

If you enjoyed your job as much as Sir Mick Jagger, then maybe you would.

The Rolling Stones frontman is marking 60 years on the road with a European tour this summer. Not everyone has his stamina, but the age profile of the supergroup’s fan base led to a retirement planning organisation sponsoring its recent US tour.

“The demographics are perfect in terms of the fans,” said Jean Statler, chief executive of the Alliance for Lifetime Income, a non-profit organisation designed to help people help prepare for retirement, which sponsored the Stones’ No Filter tour.

“We find that there’s this gap in education for those people who are on their way to turning 65,” she told presenter Claer Barrett on the latest episode of the FT’s Money Clinic podcast. “People want to figure out how to have the freedom to live after they retire — and who better embodies that than the Rolling Stones? In fact, Mick Jagger is the poster child for longevity.”

After the retirement planning non-profit signed the tour sponsorship deal, the Stones’ production manager Dale Skjerseth, himself in his sixties, came up with an idea for helping the younger roadies manage their money better — a financial literacy app designed for the crew of one the world’s biggest rock bands.

Nicknamed “Opie”, Skjerseth has toured with the band since the 1990s, and is famed for the personal finance tips he has passed down over the years to other self-employed crew members navigating the ups and downs of the gig economy.

“You got to keep putting money away and just pretend it’s not there,” he said of his on-the-road investment strategy. “That’s what I’ve done for the last 40-plus years.”

Working in the live music industry sounds glamorous, but it is fraught with financial instability. A tour can stop at the drop of a hat if a rock star suffers an injury or a global pandemic hits.

Balancing life on the road with periods of earning nothing, it’s much harder for self-employed workers to make long-term financial plans, get a mortgage or feel able to lock money up in pensions and investments.

“[Dale] had been educating the roadies about how to save and how to invest, so one of his requests was could you help me with some app, something online that my guys could do in their own time,” Statler explained.

Modules on the financial literacy app the Alliance designed for the tour crew include budgeting, using credit cards, buying a house and saving for retirement — sound money management lessons for anyone who feels in need of a financial tune-up.

“I think sometimes it’s important to remember you’re the technician, not the rock star,” said Rolling Stones roadie Nick, whose many jobs include running the spotlight from a 50ft tower when Jagger struts his stuff on stage.

“If you buy a super expensive car that you don’t really need because you’re on tour 10 months a year, I would argue that’s the best way to get yourself into financial trouble.”

Nick says the financial literacy app has been a big hit with the production crew: “I’ve heard more talk about money and finance than I’ve ever heard on tour before, that’s for sure.”

To listen to the whole episode, including Claer’s rendition of “I can’t get no pension satisfaction”, click on the link above or search for Money Clinic wherever you get your podcasts

READ MOREFT Financial Literacy and Inclusion Campaign
Money Clinic podcast: Should I save for a property or a pension? 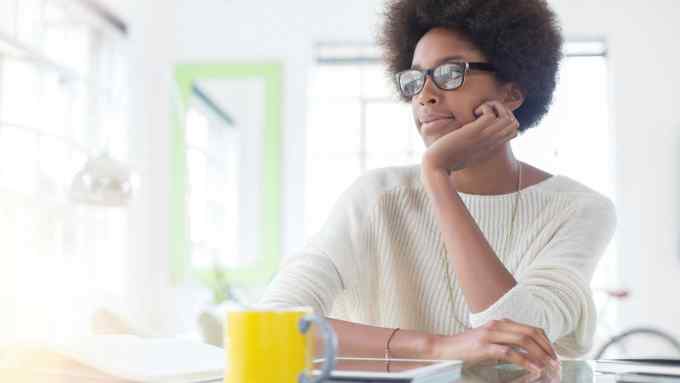