Follow how business and the economy are recovering post-pandemic with our Road to Recovery bulletin. Delivered 3 times a week.

The chair of the UK government’s vaccine task force has damped hopes of finding a “silver bullet” that provides lifetime immunity against Covid-19 despite a week of positive trial results for potential inoculations.

Kate Bingham told the Financial Times it was more likely scientists would develop either a vaccine that provides a year’s immunity or one that only mitigates the symptoms of the virus.

“The assumption at the moment is that we’ll be shooting to get to a year’s immunity,” said Ms Bingham, who is coordinating efforts to develop, produce and disseminate a vaccine in the UK. “What I’ve been anxious about is that people . . . think we’ll have a silver bullet. That’s probably not going to happen.”

Even a two-dose vaccine might not last very long, cautioned Ms Bingham, who is also managing partner at SV Health Investors, a healthcare fund manager. “You may need to boost [it] every year,” she said. “At minimum, we want to reduce symptoms, we want to stop people from dying. We have to accept that’s maybe where we’ll end up.”

Positive results from several trials last week sparked hopes that a lifetime vaccine might soon be found. Moderna and Pfizer, with its partner BioNTech, both launched large late-stage trials in the US on Monday, hoping to deliver results later this year. AstraZeneca and its partner, the University of Oxford, have already launched a late-stage trial in the UK, South Africa and Brazil. Johnson & Johnson and Novavax both plan to launch their phase three trials in the autumn.

But studies showing that antibody levels diminish over time have diminished hopes that a single treatment could provide total immunity.

Experts are still hoping for a “sterilising vaccine”, which would provide long-lasting immunity after one or two doses, “but going from nought to that is quite a big swing”, Ms Bingham said, noting that at present there was no vaccine for any coronavirus strain.

Data from studies of Sars-Cov-1 — another virus — showed that antibodies started dropping off after just four weeks and recent papers have suggested that they diminish at a faster rate for Sars-Cov-2, the virus that causes Covid-19.

The goal of late-stage vaccine trials is to prevent participants from developing Covid-19. But researchers are also watching to see if they can stop patients developing severe symptoms, in an admission that the early vaccines might reduce only hospitalisations rather than infections.

Ms Bingham, whose work has led to the launch of six drugs for the treatment of patients with autoimmune diseases and cancer, said that if several vaccines were found to be effective at reducing the severity of Covid-19 symptoms, it may be that people are given a mix of different options to enhance their immune response.

“You wouldn’t give both vaccines at the same time [but] you may well use one to dose and one to boost,” she said.

All of the trials so far are for two doses — an initial shot followed by a booster — apart from the Oxford university/AstraZeneca vaccine, which has not yet confirmed whether it will be a single- or double-dose vaccine.

“Ours seems good at one [shot], but optimising the immune response is the right thing to do at the moment,” said Andrew Pollard, professor of paediatric infection and immunity at Oxford university and one of the lead researchers on its vaccine trial.

Prof Pollard said it would not be known whether the vaccine would require one, two or multiple doses until immunity data were collected over the next year.

“We have to keep an open mind about the possibility of boosting at some point in the future, just as is needed with some other vaccines,” he said.

Last week, the government announced it had invested £100m in a manufacturing facility in Essex, close to London, which will have capacity to produce millions of vaccine doses per month and is scheduled to open in December 2021.

“The biggest issue is we don’t have programmes at the moment where we give vaccines to everyone on the planet,” said Prof Pollard. “It’s likely there will be very limited supply.”

Video: Coronavirus: the global race for a vaccine | FT Interview

Explore the series
READ MORECoronavirus: free to read
Coronavirus turns the City into a ghost town 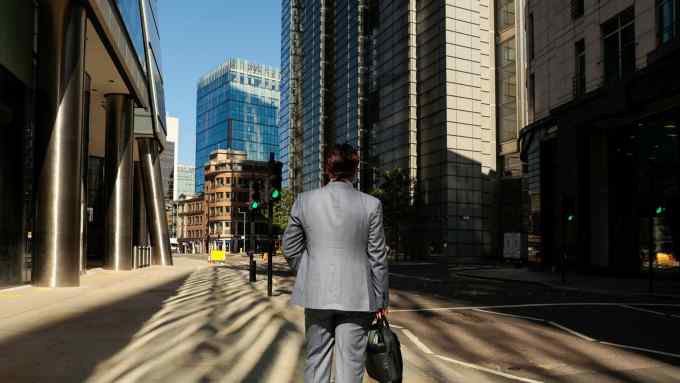