If you think the same, join us
Special Report Women in Business
See all 31 stories
Opinion Women in business

How to hire more black women for leadership roles

The author is an ESG consultant, having previously worked as director of engagement at Federated Hermes International, the asset management company

As an adviser on environmental, social and governance best practices, I am often asked by companies and recruiters how to approach hiring black candidates into senior roles. This has only increased following the Black Lives Matter protests in the summer of 2020.

Many organisations took a hard look at their workforces and saw that ethnic minorities — and in particular black women in some sectors — were significantly under-represented, especially in the highest ranks.

Some have since amplified their commitment to ethnic diversity, recognising how much more they need to prioritise hiring and retaining black employees.

My focus here is on black women, who face a double burden of bias that often prevents them from reaching leadership roles. This is something organisations should be mindful of when hiring for top jobs.

Many of the following suggestions, therefore, apply more to black women than those from other ethnic groups, although some are more widely applicable to the recruitment of women — and indeed men — from other ethnic minority backgrounds.

In the points below, I offer guidance for what to do, based on some of the most common questions that arise in my conversations with business leaders and headhunters — as well as tips for what not to do, drawing on some of the well-intentioned but misguided steps I see companies taking.

Do set a visible example of diversity in your executive team

There has been a lot of discussion lately about the lack of diversity in boardrooms. Companies, rightfully, are being pushed by investors to increase the representation of women and under-represented minorities on their boards of directors. However, when it comes to recruiting senior black women, representation on the executive team — and on the next level down — matters. Simply put, an all-white executive team and/or management team can signal to prospective candidates (and current workers) that their prospects for reaching the highest levels of the organisation are low. This can be a significant factor in recruiting black women who, all things being equal, would choose a company that has an ethnically diverse executive leadership team over one that doesn’t.

Do have a transparent diversity strategy

If a company has few or no people from black or minority ethnic backgrounds in senior leadership roles, it is even more important to have a clear and transparent diversity strategy.

All senior black women leaders are used to being in all-white, mostly male environments, and quite adept at navigating them. However a company’s diversity strategy (or lack thereof) can tell other prospective candidates a lot about an organisation’s commitment to diversity and inclusion. A well thought-out strategy that includes specific data, metrics and targets tells prospective candidates that the company is serious — and has a plan to achieve its goals.

Do use professional networks

McKinsey’s Women in the Workplace 2020 study found that black women are often promoted more slowly, are less likely to benefit from sponsorship and advocacy and experience more day-to-day bias and microaggressions than women of other ethnicities. Largely as a result of these shared workplace experiences, a number of professional networks designed to support black women have been formed or grown significantly.

One recent example is Black Women in Asset Management, a non-profit network of about 400 asset management industry professionals founded in 2019 with the goal of advancing and retaining black women leaders in all areas of investment. Similar groups are well established in other sectors, such as Women of Color in Pharma, which has members across the US, Latin America and Europe, and TLA Black Women in Tech. These are great networks to support and use as a source to find diverse recruits.

Do have a diverse interview panel who are race fluent

Unconscious bias occurs when hiring managers overlook talented workers and instead favour those who share their own characteristics or views. It is natural, unintentional and affects decisions. This is not an indictment of any one particular group. Even with the best intentions, we all bring our own background and experiences into play when determining who the “best” candidate is. A diverse hiring panel helps mitigate the impact of any individual unconscious bias.

When there are no black people on the panel, consider the race fluency of those conducting interviews. Race fluency is essentially the degree to which someone feels comfortable talking about race. In the UK, it is quite common to hear someone say “I don’t see race” or that they are “colourblind”. While this is said with good intent, it is generally an indicator that this person does not understand the very real challenges that exist in the workplace for non-white employees.

Don’t hire women of colour only for diversity roles

While the increased interest in hiring ethnically diverse candidates for senior roles is a positive step, companies should not recruit black women only for diversity roles. It is quite possible that a white male with diversity expertise — and a demonstrable ability to influence others in the company — may be better positioned to have an impact. Put as much effort into finding ethnically diverse candidates for your heads of business units as you would for your head of diversity.

Sometimes, in an effort to showcase a diverse hire, a company will make a big show of it. While it is positive to celebrate diverse hires, and the visibility may be good for the firm and for the newly hired employee, you should still be consistent about how you announce new hires. What is intended to be a sign of pride in new appointments can be viewed as tokenism. 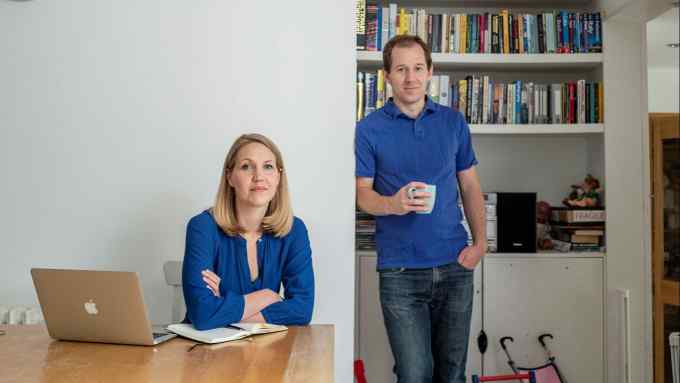