South Korean entertainment has stormed to the top of the global charts — and now an ETF provider is hoping that acclaim can translate into financial gains for exchange traded fund investors beyond the Asian country.

Research suggests that thematic ETFs, on average, underperform — partly because, by the time they launch, they are already late to the party. But CT Investments, a newcomer to the ETF industry, thinks the craze for Korean entertainment is far from over.

Domestic South Korean investors are already enthusiastic buyers of narrow theme-driven ETFs and can access funds focused on ‘K-Pop’ music, gaming, the metaverse, and even Korean food, according to Jackie Choy, director of exchange traded fund research for Morningstar Asia.

However, KPOP Korean Entertainment ETF, which launched on the NYSE Arca exchange last month, is a rare attempt to pitch South Korean culture to overseas investors.

CT Investments has strong links to South Korea’s music industry. It is a wholly owned subsidiary of Seoul-based Content Technologies whose investments, according to the chief executive of both companies, Jangwon Lee, include a controlling stake in the management company of Beyond Music. The latter is South Korea’s answer to Hipgnosis, the global music rights company backed by Blackstone that has snapped up back catalogues of artists ranging from Blondie to Neil Young.

Lee argues the timing is right. He points to the international success of K-Pop bands such as BTS, which was the top-selling act in the world last year, and Blackpink. They have more than 80mn subscribers on YouTube and their videos have been viewed more than 26bn times.

CT’s KPOP ETF also invests in Studio Dragon, the entertainment company that produced Parasite which, in 2020, became the first foreign language movie to win the best picture award at the Oscars. It is also invested in Showbox and Bucket Studio, financial backers associated with Squid Game, which became the most-watched programme ever on streaming service Netflix when it was released last year.

“My premise is that there must be fans who not only want to consume [a South Korean cultural export], they also want to own it,” says Lee.

Some analysts are sceptical, though. “While we [in the US] have narrowly focused US-listed ETFs tied to cannabis, cyber security, climate change, video games, and even space exploration, there’s nothing like KPOP,” says Todd Rosenbluth, head of research at VettaFi. “It is hard to make the investment case for the strategy,” he argues, “other than making your portfolio more fun.”

Rosenbluth also points out that investors are unlikely to be familiar with what KPOP owns. “When investors think of South Korean equity exposure, they [usually] want the benefits of multinational companies based there like Samsung Electronics or Hyundai Motor,” he suggests.

“KPOP would be a contrarian bet on the Korean equity market from what they traditionally invest in.”

KPOP ETF invests in just 30 stocks which are listed on the Korea Stock Exchange. Lee says the companies tend to be nimbler than the traditional chaebol — the sprawling family-owned industrial conglomerates, such as Samsung, that dominate in South Korea.

Lee also points to KPOP’s investability rules, which include a stipulation that the companies should have a market cap of at least Won100bn ($73mn). 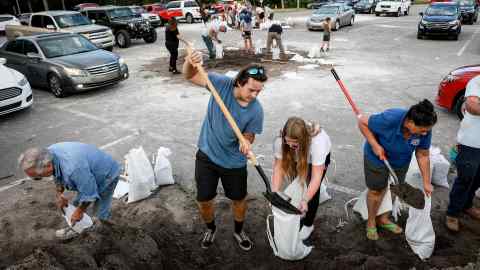 The ETF aims for a weighting of 70-80 per cent in the entertainment industry, split between music, film and television shows, as well as between 20 per cent and 30 per cent in the interactive media and services industry. This includes stakes in Naver (South Korea’s answer to Google) and Kakao (South Korea’s equivalent to the mobile messaging service WhatsApp).

The index is rebalanced quarterly and the ETF has a total expense ratio of 0.75 per cent.

Kenneth Lamont, a senior fund analyst for passive strategies at Morningstar, says the decision to launch such a South Korean-themed ETF in the US was very unusual.

“Having taken a long hard look at the global thematic ETF data set, I can say that the innovation in terms of new thematic ETFs has largely been driven by and flown from US and European markets,” he notes.

But he adds that one of the few examples of an investment trend starting outside those markets was also a South Korean ETF.

Lamont points out that the first hydrogen economy ETF he could find any record of was listed in South Korea. “We have subsequently seen multiple hydrogen economy ETFs spring up in the US and Europe as well as Brazil and Australia, which collectively hold over $1bn in assets.”

However, backing K-Pop bands and South Korean hit movies and streaming shows are very different propositions to investing in future energy sources. And, as Choy points out, niche products are, as their name suggests, focused on very specific narrow themes and segments.

“Sometimes, themes can come and go fairly quickly,” he says. 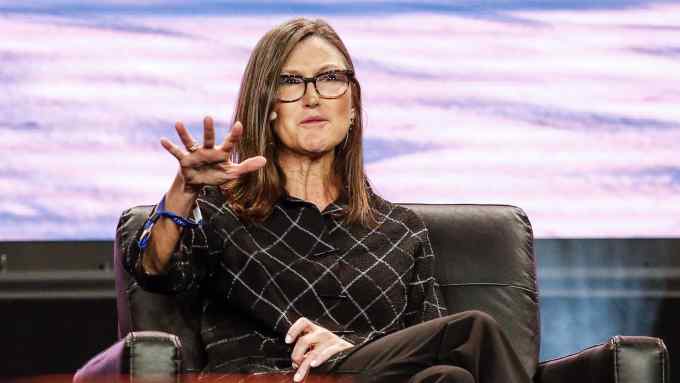