The fund houses filed their applications for the six strategies on September 16, according to filings with the China Securities Regulatory Commission, and received their go-ahead just two days later. They have not announced when the fundraising period for the funds will begin.

Earlier this month, Chinese president Xi Jinping emphasised the importance of developing homegrown “core technologies” in a high-level government meeting, amid rising tensions with the US over diplomatic and trade disputes.

“It is necessary to strengthen the centralised and unified leadership of the. . . Central Committee and establish an authoritative decision-making command system [for technology],” he said.

In August, US president Joe Biden signed the Chips and Science Act, which will grant about $52bn in subsidies for domestic semiconductor production and research, as well as tax breaks estimated to be worth $24bn. The act also places a formal ban on the export of technologies directly tied to semiconductor manufacturing upon which China is still reliant.

Chinese state news agency Xinhua called the law “a typical act of economic coercion” that violates market laws and global trade rules, and distorts the global semiconductor supply chain. “Creating restrictions and decoupling is not good for anyone,” it wrote.

Earlier this month the US also announced that it would hold talks with Taiwan in October to discuss new US legislation designed to boost its semiconductor industry.

Chinese authorities first announced plans for the STAR Market, which was modelled on the Nasdaq board in the US, in 2018, to complement President Xi’s push for self-reliance and technological innovation.

The board, formally known as the Shanghai Stock Exchange Science and Technology Innovation Board, began operation in July 2019. It now has 465 constituent stocks.

China’s first four ETFs to invest in the board’s largest 50 stocks via the Science and Technology Innovation Board 50 Index have doubled their assets to almost Rmb50bn ($7bn) since their inception two years ago.

However, in line with the poor performance of the wider A-share market, the STAR 50 Index is down over 30 per cent this year. 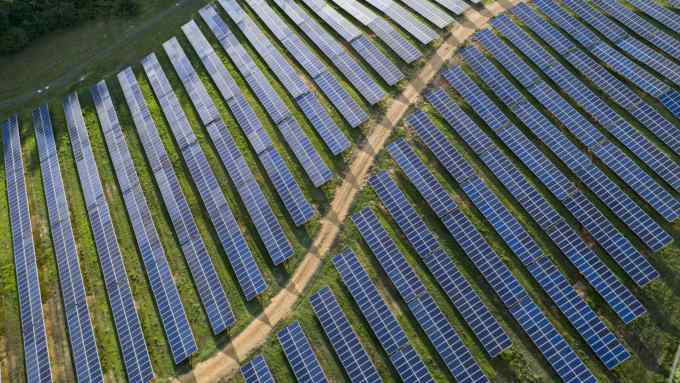