Does it take greater leadership skills to build a pioneering legal business from scratch, or to bring about radical change in a large and established firm?

To our judging panel for this category, both represent significant achievements in a profession not known for rushing into new ways of working.

For enabling women to take nearly two-thirds of the roles in her fast-growing legal resourcing business — many returning to law after career breaks — and to have global multinationals seeking their expertise, Dana Denis-Smith earned praise, and a special commendation. But, in continuing to pursue new and creative business opportunities in his third term managing nearly 300 partners at a firm with revenues of more than £400mn, Jeremy Hoyland won out overall by proving that size is no impediment to managerial agility.

In his third term as managing partner, Jeremy Hoyland diversified the firm’s revenue streams beyond legal services with the launch in May 2020 of Solutions — a business unit embedded in the firm but with its own management.

Its offerings include Wavelength, a legal engineering business that delivers projects such as large-scale document review and data visualisation. The firm’s flexible resourcing arm, also part of Solutions, has expanded into Asia and increased its external income by 30 per cent. ​

Hoyland has streamlined the firm’s legal practices into tech, banking, asset management and healthcare, and these account for more than 80 per cent of global revenue.

Until her appointment as the firm’s first female global chair in 2021, Karen Davies led its corporate practice. During that time, she oversaw the team’s implementation of the Mindful Business Charter: a set of commitments that aim to improve wellbeing through measures such as respecting rest periods and avoiding out-of-hours emails. Davies is now applying the charter across the firm.

She has also brought in a parental leave policy that offers 26 weeks of fully paid leave regardless of gender, along with generous time off in the event of pregnancy loss. The policy covers employees at all levels. Legal staff have a three-month reduction in billable targets when they return to work.

Dana Denis-Smith has campaigned for greater recognition for women and championed their contribution to the legal industry. ​

She founded Obelisk Legal Support, a flexible legal resourcing business, to allow lawyers to do freelance work with clients such as Goldman Sachs and Intel. Of more than 2,000 lawyers at Obelisk, 65 per cent are women and 15 per cent have returned to the legal profession after a career break. ​

In 2014, Denis-Smith founded the First 100 Years project, a campaign to celebrate the first century of women being able to practise law in the UK and Ireland. Since the centenary in 2019, the project has raised awareness of the issues that face women in law.

David Jackson stands out for his commitment to changing how Shoosmiths delivers legal services.

Before becoming chief executive this year, Jackson launched Shoosmiths8 in 2021, which brings together various technology solutions under eight product categories. Highlights include Matters+, a matter management system for in-house teams, and Cia, a contract review tool powered by artificial intelligence. ​

Shoosmiths8 also offers services such as diversity and inclusion consulting. Instead of being delivered by a separate entity, this is provided by existing departments, with client-facing opportunities for those in learning and development. ​

Johanna Rantanen was one of six founders of Dottir, a Finnish law firm, in 2016.

The young firm differentiated itself as an early champion of legal design methods to better serve its main client base: start-ups that can often struggle to understand traditional legal documents.

As managing partner, Rantanen has worked hard to maintain a non-hierarchical and collaborative culture even as the firm has grown. This has included implementing policies such as assigning clients to teams rather than to individual partners. ​

Despite its status as a young, relatively small, law firm, Dottir has a strong reputation among start-ups in Finland.

Appointed as managing partner for Europe, the Middle East and Asia in 2020, Peter Scott ​has made caring for and motivating staff his priority. He created a board that comprises legal and business services workers, and this acts as a sounding board to the management committee.

Hearing views from across the business has helped Scott to shape new policies, particularly on bonuses. Hours spent on innovation activities now have the potential to count towards a bonus. This builds on a scheme from 2019 that gives associates uncapped billable hours credit for developing new products. ​

Unusually for a senior partner, Aku Sorainen says one of his personal priorities over the past five years has been legal technology. Since 2018, the Baltic firm has invested €1mn in its practice management system to improve organisational efficiency, and it plans to launch a commercial version of the system in 2023, via a technology spin-off company. ​ 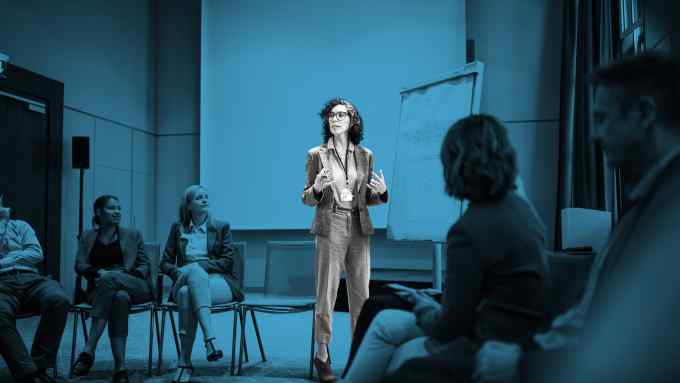